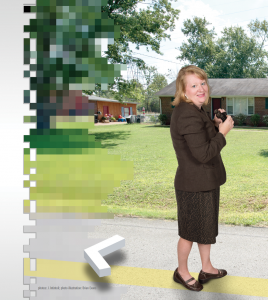 In the classic Alfred Hitchcock thriller Rear Window, Jimmy Stewart peers at his neighbors from his apartment window through the lens of an analog camera.

Can you imagine what he could have learned about his neighbors in the age of Google? If Stewart were operating in the digital era, would he trade his own privacy rights for the convenience that Google, Facebook, Twitter, and other digital companies afford?

American private businesses have an “innovation policy vacuum” in dealing with the new technology, assert Dr. Leigh Anne Clark, assistant professor of management, and her father-in-law and research partner, Dr. W. Jeff Clark, professor of information systems. The Clarks, along with Auburn University doctoral student Daniel Jones, compared privacy laws in the United States and the European Union, particularly Germany. They found that the few restrictions on the books in the U.S. are very lenient, while Germany has perhaps the toughest privacy laws in the EU.

“They look at personal data as belonging to the person, and a person has to consent to the use of that data,” says Leigh Anne, who also is an attorney.

“Even a photograph taken on a public street is my image that you’re using. . . . In Germany, the norm is I should consent to . . . the taking of the picture and the use of that data before it’s ever even used.”

According to Leigh Anne, a recent attempt to conduct a census in Germany came under fire as an invasion of privacy partly because the country’s agonizing Nazi past still looms over today’s public policy decisions.

“They are very, very sensitive to data being collected and to being surveilled,” she says.

Contrast that with the American model, which can be diametrically different.

“There’s an argument that says an organization, a company, ought to do whatever it can do in order to maximize shareholder wealth,” Jeff says. “There’s even a prevailing sentiment in some sectors in the United States that says that if you can violate the law and increase shareholder wealth—so long as the penalty is not criminal, just civil—then go for it.” 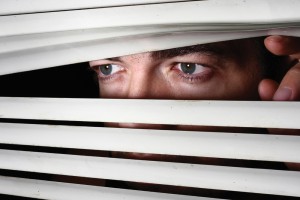 Leigh Anne says Germany’s personal privacy statutes date back to around 1970. In 1995, the European Union passed a law requiring foreign companies working with EU companies to adhere to EU privacy standards. There are court precedents that use privacy as a touchstone. The 1973 Roe v. Wade case asserted a woman’s right to privacy. But can a case about abortion be pertinent in other areas of life?

“The spirit of that . . . is that there are things within us that are within our own control and body, and they’re not for someone else to use,” Leigh Anne says.

“So I think you can pull from what is out there to help provide guidance.”

The research the Clarks are doing is scholarly, not judgmental. But they do suggest that businesses should take social norms and “hypernorms”—not just the law—into consideration when establishing their policies.

They describe a norm as a principle that defines the right thing to do whether it becomes policy or not. A hypernorm is a cultural expectation that is so strong that virtually everyone in society accepts it as the way things ought to be.

More and more of us are sacrificing privacy rights for personal convenience. For example, all Twitter transmissions are being archived by the Library of Congress. Another example is Google’s method of obtaining photo information for its maps, capturing digital images of private property from public streets. Let’s say someone drives down your street in a van with a camera on a pole on top of the van. The pole is tall enough to enable the camera to take photos of you sunbathing in the nude behind a 10-foot-tall fence in your own backyard. The van never trespasses on your property. Do you have recourse?

“I’m not sure that the average U.S. citizen realizes how far we have already compromised our privacy rights compared to the rest of the world,” Jeff says.

The Clarks believe that society has been caught somewhat flatfooted as technology has evolved.

After all, Alexander Graham Bell hardly could have anticipated that his revolutionary invention could have led to the obscene phone call.

“There’s no way that we can keep passing laws that will stay ahead of where we’re headed,” says Leigh Anne. “That’s why we strongly said to companies, ‘You’ve got to look at the cultural norms, because they are there. They don’t change very quickly.’”

Editor’s Note: Leigh Anne Clark (Ph.D., business administration, Southern Illinois University), professor of Management and Marketing at MTSU, has been cited by media outlets for her recent research and commentary on privacy concerns related to Google. The former Georgia attorney (J.D., Emory School of Law), who also focuses on disability and aging issues, previously worked for the Georgia Attorney General’s Office, the AARP, the Georgia Governor’s Council on Developmental Disabilities, and for her own consulting practice.