MTSU shows off campus with sec.. 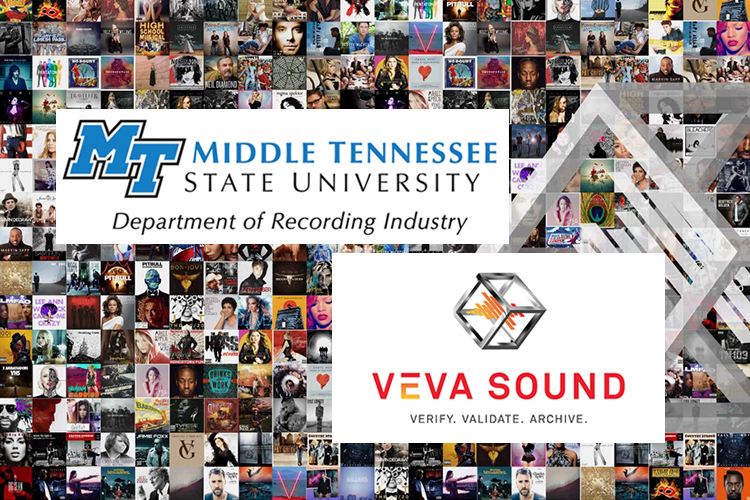 MTSU’s Department of Recording Industry is teaming up with a Nashville-headquartered audio preservation company to give students in the audio production, music business and commercial songwriting programs new tools and training to manage their musical projects’ digital data.

VeVa Sound, which also has offices in New York, London and Los Angeles, is basing its collaboration with MTSU on its Studio Collect software suite, giving students a cloud-based environment that mirrors the workflow and functionality VeVa Sound uses with major record labels and other industry clients.

“It is a forward-thinking program that solves a problem for the industry. Our students will benefit greatly from VeVa Sound’s generosity, and we are so thankful for their support.”

“There’s a wide range of technical, creative and legal information that needs to be captured and preserved over the lifespan of a professional project,” said Fleming, whose courses include digital audio technology, critical listening, studio recording, mastering and classical music production.

“More than ever, this is now essential knowledge and a skill that students need to learn and practice. Through our partnership with VeVa Sound, our students will be able to generate track lists, credits, song reports and studio documentation using correctly formatted metadata that’s linked to their projects from the moment of creation through evaluation, licensing or commercial release.”

VeVa Sound Vice President Deborah Fairchild said the new partnership benefits both the students using the software and the industry they’ll work in.

“We are proud to have created a meaningful partnership with a university that has fully collaborated with us and embraced the relevance of VeVa’s platforms with the goal of providing these opportunities to MTSU students,” said Fairchild, herself an MTSU recording industry grad.

“Preparing the next generation of digital media students with these skills makes for more enriched experiences for artists, performers, engineers, producers and labels.”

Keel called the partnership a “milestone” for the program’s future producers, engineers, musicians and managers.

“It exemplifies what we hope to instill in our students, because it reflects an alumna giving back to her alma mater,” Keel said. “Deborah Fairchild is one of our graduates, so it is deeply meaningful to us that she is sharing her company’s vision and hard work with our students to prepare them for a career in the changing industry.

“Professor Fleming served as a consultant for this project, which once again demonstrates how MTSU professors are widely recognized as leaders in their field.”

The Department of Recording Industry is part of MTSU’s College of Media and Entertainment. For more information, visit www.mtsu.edu/recording-industry. You can learn more about VeVa Sound, which employs several other MTSU alumni, at http://vevasound.com.