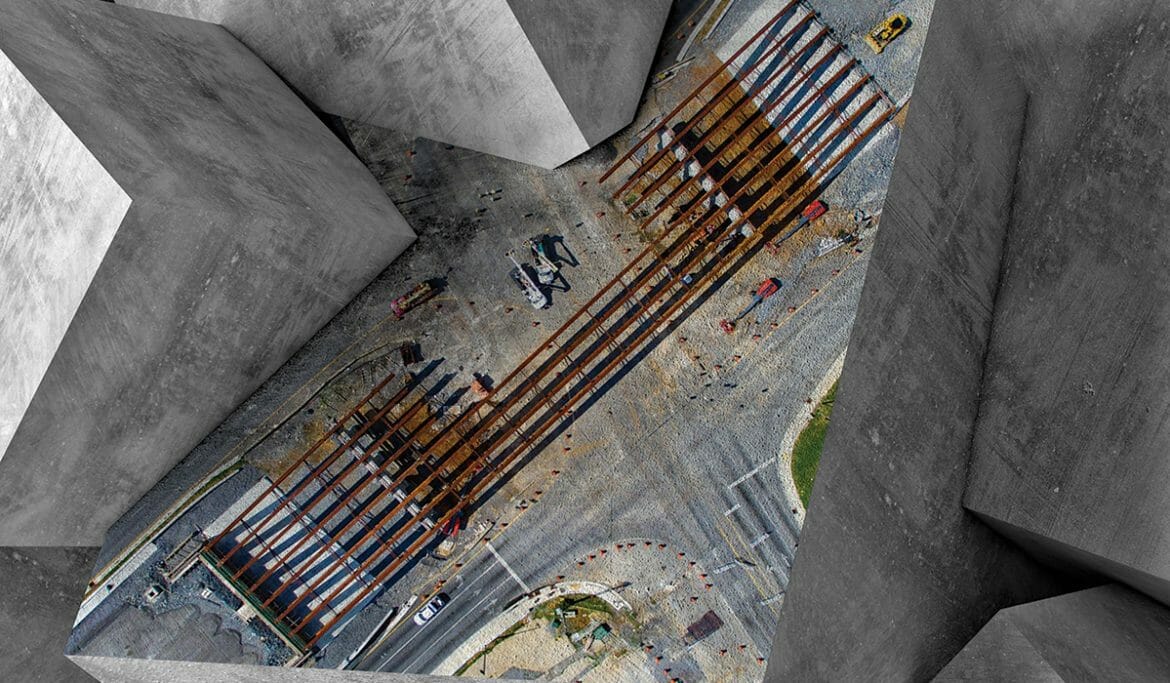 The April 2017 passage of the IMPROVE Act was big news for Tennessee’s roads and bridges. The bill sets aside $350 million for the dedicated highway fund and will kick-start almost a thousand infrastructure projects across the state.

While all 95 counties will be under construction as a result of the IMPROVE Act, one road that gains special significance under the plan is already built: That’s the short stretch of I-24 connecting the Tennessee Department of Transportation (TDOT) in Nashville and the School of Concrete and Construction Management at MTSU.

As the first Concrete Industry Management (CIM) degree program in the country, and still one of a select few, CIM has a long history of using research to help TDOT keep our state’s roads and bridges among the best in the nation. As recently as 2016, Tennessee tied for second in a CNBC ranking of state infrastructures. For decades before the IMPROVE Act, funding for new construction projects was hard to come by, so a big part of TDOT’s success has been the longevity and quality of its construction, as well as its repairs.

“People tolerate improvement for a short time if you have to shut down lanes and impact their morning or afternoon commute. But certainly if you have to go back . . . and revisit that issue again, they’re not happy. We don’t want to impact traffic in that matter,” said Heather Hall, assistant director of field operations for TDOT’s Materials and Tests Division.

That’s the ultimate goal of the research CIM conducts for TDOT. The state regularly relies on CIM faculty to comparison-test patching materials and other ready-made products, as well as various concrete formulations, to determine which will perform best under Tennessee’s traffic, geological, and weather conditions.

Having the nation’s flagship concrete industry academic program less than an hour away allows for easy collaboration, and its research-oriented perspective encourages TDOT to “evolve into something better” rather than simply sticking to what it knows, said Jamie Waller, who oversees concrete operations for Materials and Tests.

AS THE FIRST CONCRETE INDUSTRY MANAGEMENT DEGREE PROGRAM IN THE COUNTRY, AND STILL ONE OF A SELECT FEW, CIM HAS A LONG HISTORY OF USING RESEARCH TO HELP TDOT.

“MTSU being right down the road from us, as well as just centralized within the state, gives us a great opportunity to expand our research and look at different concrete applications in general within the state,” she said.

TDOT has the staff and equipment to perform ongoing tests, but it doesn’t have the capacity to fulfill all its research needs, Hall said. CIM’s faculty can step in to fill the gap.

For example, TDOT engineers turned to MTSU’s Zhifu Yang for answers when they learned that some of their pre-stressed concrete beams had been fabricated using contaminated well water. The worrisome contaminant was chloride, an ion in salt, which can corrode the steel used to reinforce bridge decks and similar concrete structures. The engineers’ concern was well-placed. According to Yang, the rusting of steel in concrete is the No. 1 infrastructure problem in the world.

“Actually, billions of dollars are wasted due to the bad performance of infrastructure due to corrosion,” he said. Yet surprisingly little research had been done on the subject.

TDOT knew it might have a problem; what it didn’t know was “how much is too much,” Hall said. “We know that chloride will lead to the corrosion issue, but we don’t know at what level that starts to happen.”

That’s what Yang is determining now. And given how common the corrosion problem is, his project will likely have applications far beyond the state of Tennessee.

The project dovetails with Yang’s interest in using industrial byproducts in concrete—a common practice among transportation departments, he said. It turns out that slag from iron- or steel-making or fly ash from coal-burning power plants can make concrete less permeable and, therefore, more resistant to the corrosive effects of chloride. By exploring the interplay between aggregate blends, chloride levels, and permeability, Yang can help refine this clever form of recycling. Hall said TDOT uses CIM’s research in myriad ways—not just to assess the qualities and properties of its materials, but also to steer the direction of its programs, to determine whether to adopt a new process or procedure, and to develop statewide standard operating procedures and specs for materials testing.

“Ultimately, all that will lead to a longer-lasting, better-performing product that’s safer for the public and built more cost effectively and more efficiently,” she said.

Other TDOT projects, like one conducted by MTSU’s Marcus Knight, ultimately become part of national protocol. Knight compared the quality and durability of various epoxy overlays—the textured aggregate applied to a bridge to improve skid resistance and waterproofing.

“With that project, we learned a lot about tests we need to run to evaluate those overlay products,” Hall said.

From the results of Knight’s project, TDOT created a list of qualified products for projects requiring epoxy overlays. And the process Knight developed for evaluating those products is now standard practice for transportation departments across the United States.

“Our research is out there, and any state or city can look at it and get information, as far as comparing different products and the results that we got, so it is universally applied by departments of transportation outside of Tennessee,” Knight said. “At the same time, though, when we use the products, we . . . apply them to concrete like the Tennessee Department of Transportation uses, so we can get as close to a real-world result as possible.”

Once again, that’s the beauty of having a nationally renowned concrete industry program just down the road, especially when TDOT prefers to keep its research dollars at home.

“You have more personal relationships with the people in your own state,” Hall said. “It could come down to material suppliers and the types of materials you get, or even geological differences—Tennessee’s not made up the same as Wisconsin. Or climate differences— they’re more familiar with the effects that we would see here in Tennessee. It just makes sense.”

With so much new infrastructure spending on the horizon, it probably makes cents, too.

A stroll across MTSU’s campus reveals many examples of CIM’s work. The most significant is the iconic Horseshoe statue located in Walnut Grove, which is actually made of blue concrete and not painted.

MTSU’s School of Concrete and Construction Management is a powerhouse in research. Research has included:

• Determining if a Tennessee-mined kaolin clay is suitable for concrete once mined, burned, and crushed into metakaolin–USGS Minerals

Much of the research produced by CIM is done by undergraduate students and in time intervals that match the speed of the ever-evolving concrete industry.

“Essentially, we investigate anything to do with concrete floors, roads, elevated slabs, walls, bridges, columns, etc.,” said Heather Brown, director of the School of Concrete and Construction Management.

“It’s pretty unusual nationally to see students involved in state transportation projects like this,” added Bud Fischer, College of Basic and Applied Sciences dean. “It allows our students to do hands-on research activity, which is also important for the state.”MTSU