A first-of-its-kind study led by Middle Tennessee State University biology researcher Elizabeth Barnes suggests that a difference in culture and beliefs between science instructors and students may inadvertently lead to low acceptance of evolution among minority students — particularly Black students — in biology.

Barnes and Arizona State University researchers asked whether Black and Hispanic students tended to reject evolution more than students from other racial/ethnic identities and whether any differences could be explained by the fact they tend to be more religious. 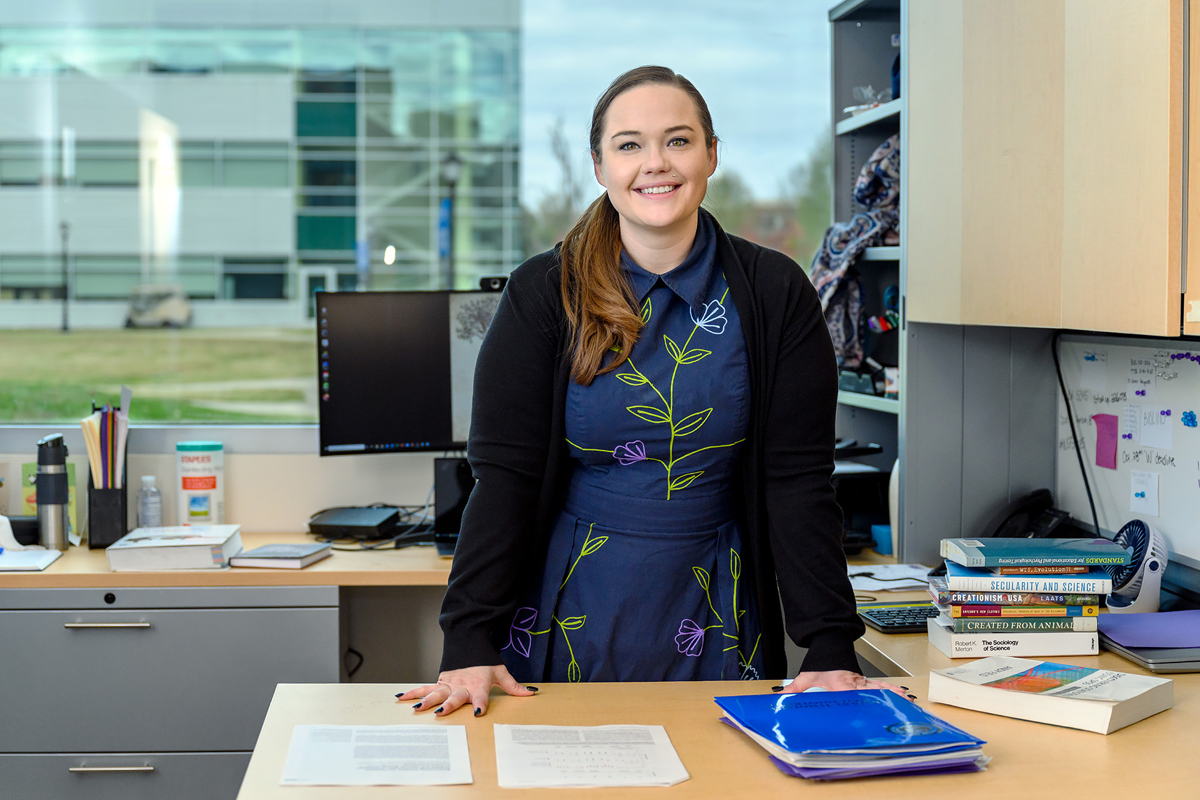 Christianity is popular among 65% of college biology students, but not among the biologists (25%) who are teaching students, which helped the research group understand the motivation for the study.

Further, when looking at students from minority populations, the gap between biologists and student religious affiliation is even wider — Black students tend to have stronger religious cultures and backgrounds compared to majority populations.

Researchers found that rejection of evolution was particularly high for Black students, but once they controlled for religious background in their statistical models, the differences between Black and white students were diminished.

“This is a concerning finding for STEM (science, technology, engineering and math) educators because Black students are already minoritized in biology and they are particularly absent in fields that emphasize evolution such as ecology and evolutionary biology,” said Barnes, who joined the MTSU faculty in August. “Our study starts to offer some explanation for why.”

Researchers suggest that a solution is to use instructional techniques that highlight the compatibility between religion and evolution rather than where they might conflict.

“Science instructors who are often secular themselves are hesitant to address religion and when they do it is often in a way that highlights conflict between religion and science and not compatibility,” Barnes said.

“To promote an equitable and comfortable STEM environment for religious students, science instructors should more often highlight views such as theistic evolution, for which student can both believe in God and recognize evolution as credible science,” she added.

“We collected a lot of data and spent a lot of time revising the work based on feedback and reading about the experiences of Black and Hispanic individuals,” Barnes said.

CBE — Life Sciences Education is a free, online quarterly journal published by the American Society of Cell Biology. It publishes peer-reviewed articles on life science education at the K-12, undergraduate and graduate levels.

Coming from Arizona State University, where she earned bachelor’s, master’s and doctoral degrees, and was a National Science Foundation Graduate Research Fellow, Barnes arrived with grants to continue her research at MTSU.

“I came to MTSU to study how to effectively teach controversial topics in biology to students across different religious and political spectrums,” she said. “I was lured to MTSU because of the Mathematics and Science Education Ph.D. program, which will allow me to mentor graduate students and build a robust research program.”

On deck: “My past and current research focus is on perceptions of evolution and I have studied how to make evolution education more inclusive for students from different religious and racial/ethnic backgrounds,” she said. “I am now excited to be embarking on projects exploring perceptions of climate change, vaccines and COVID19.”