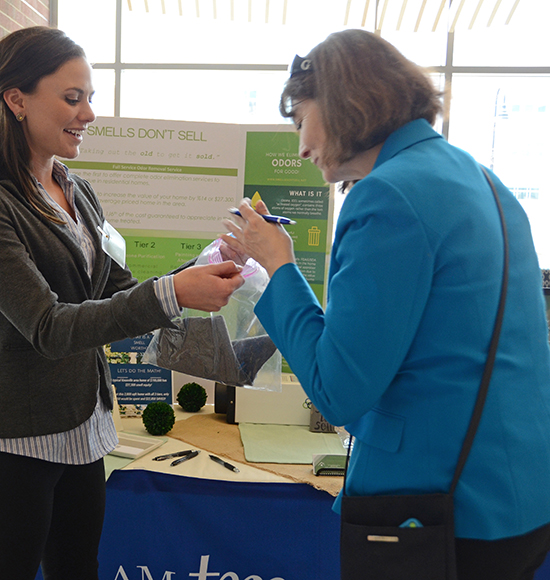 Research, special events and performances are being showcased March 27-April 1 during the annual MTSU Scholars Week, which recognizes the ongoing scholarly efforts and research at the university.

To conclude the week, the Department of Human Science’s textiles, merchandising and design program will hold its annual Garden Party 2017 TXMD Runway Show at 5 p.m. Saturday, April 1, in the Miller Education Center on Bell Street.

Tickets are required and can be purchased through https://tinyurl.com/lksgggq.

For more information and the full schedule, visit www.mtsu.edu/scholarsweek. All events are open to the public.

Helping kick events off March 27 are:

Faculty and Scholars Week committee member Andrienne Friedli reports the number of posters for the universitywide Scholars Day March 31 “has grown by 25 percent over Scholars Week 2016.”

A group of MTSU students will meet and visit with Carr — 2011 Pulitzer Prize finalist and author of New York Times bestselling book “The Shallows: What the Internet is Doing to Our Brains” in the general nonfiction category — before his talk.

The lecture is open to the public. To find parking and the Student Union, visit http://tinyurl.com/MTSUParkingMap.

Scholars Week emphasizes the research, scholarly efforts and collaboration of undergraduate and graduate students and faculty. To learn more about Scholars Week at MTSU, including a complete schedule of events March 27-31, www.mtsu.edu/scholarsweek/index.php.

Carr is a stimulating and thought-provoking speaker on issues related to technology, culture and business, according to his website, www.nicholascarr.com.

In his presentation, Carr will provide an examination of how the Internet influences the brain and its neutral pathways, concluding with a petition for balancing our human and computer interactions.

“He’ll be talking about the Internet and how it has changed the way we read, write and think,” said Dr. Susan Myers-Shirk, interim chair in the Department of History. “It’s an ideal keynote lecture for Scholars Week because the Internet has clearly changed how scholars work.”

Myers-Shirk said she and other Scholars Week leaders look forward to Carr’s appearance.

He has spoken to professional and academic audiences around the world, including providing the keynote address at Google’s first Atmosphere conference in London, England; at the Seoul Digital Forum; at Futurecom in Rio de Janiero, Brazil; Dreamforce conference in San Francisco, California; and at MIT, Dartmouth, Harvard, NASA and other schools and institutions.

Carr’s books have been published in 30 countries.

You can listen to Myers-Shirk discuss Carr’s visit on a recent edition of “MTSU On the Record,” which aired on WMOT-FM Roots Radio 89.5 and www.wmot.org, below.