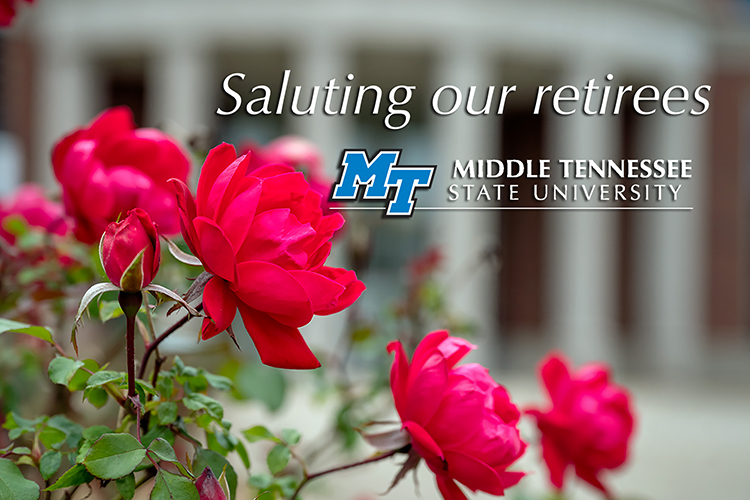 MTSU recently recognized 55 retiring employees as the 2020-21 academic year winds down, saluting their hundreds of combined years of service devoted to students and the campus community.

The university normally conducts a formal event each spring to honor its retiring employees.

The pandemic forced the cancellation of last year’s gathering, however, and because MTSU has been limiting gatherings this spring and only recently brought faculty and staff back into offices to work, this year’s planned retirees celebration also was canceled.

The longest-tenured employee honored this year is Dr. Sandra Neal of Murfreesboro, a two-time MTSU alumna who marked her 44th year with the university.

A professor in the Department of Health and Human Performance specializing in women’s health, first aid, school health, and community and public health, Neal also was the MTSU women’s tennis coach from 1978 to 1990 and a five-time Ohio Valley Conference coach of the year.

Her fellow new retirees and their departments include:

MTSU, which employs more than 2,500 faculty and staff members campuswide, honors its employees regularly with opportunities that include the MTSU Employee Recognition Program awards for administrators, classified and technical/service personnel and the MTSU Foundation Awards and Faculty Recognition faculty each fall.