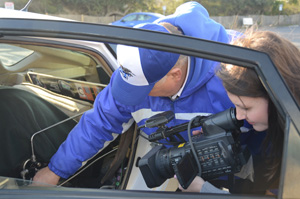 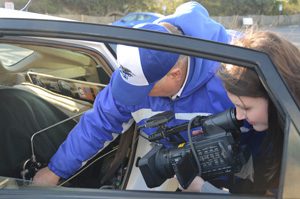 MTSU professor Cliff Ricketts, left, explains the hydrogen fueling process to Savannah, Ga., television reporter/videographer Raquel Rodriguez on March 8 in Tybee Island, Ga. A 2005 Toyota Prius and a 1994 Toyota Tercel use hydrogen from water separated by sun (solar), all produced on the MTSU campus, as the fuel sources.