The lecture, “Maverick: A Biography of Thomas Sowell,” was hosted by the PERI in celebration of Black History Month at MTSU on Feb. 17.

Riley opened his discussion on how Sowell, one of the finest minds in social theory in the last half-century, is largely unknown in America due to the fact that his viewpoints on racial controversies, including education and policing, were often at odds with leading African American intellectuals. 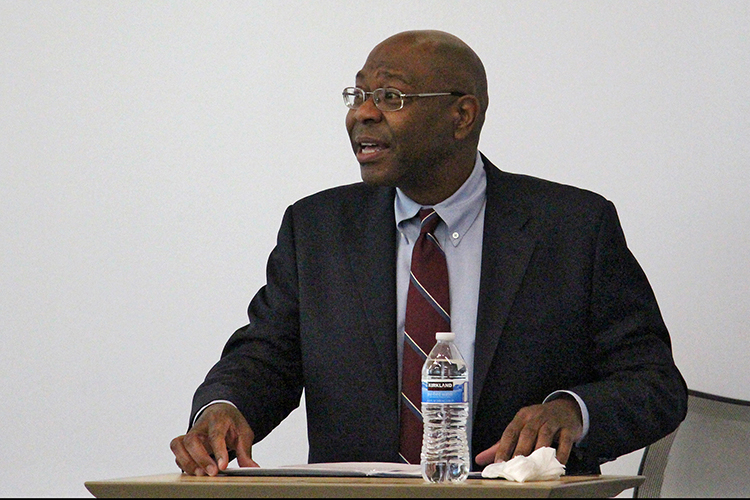 This is unfortunate, argues Riley, because Sowell, a Chicago-trained empirical economist, has performed in-depth analyses pertinent to fully understanding contemporary debates on these issues.

Sowell sacrificed popularity for the pursuit of scientific truth. “For Sowell, personal notoriety was less important than having tested ideas prevail in policy decisions, regardless of who gets credited,” said Riley.

Sowell’s use of “data-driven evidence to examine social phenomena is a distinguishing feature of his scholarship that is never out of date,” Riley wrote in “Maverick.” He adds that the “intellectual fads that so often animate academics and media carry little weight with Sowell, who’s far more interested in learning the facts and then determining whether they match popular beliefs.”

Riley noted that while Sowell is perhaps best known for his writing on racial controversies, most of Sowell’s output is more focused on the history of economic theory or the role of intellectuals in society. Sowell, for instance, is a leading expert on the economics of Karl Marx’s “Capital” and has also written in depth about the knowledge problem that plagues central planners and government actors. 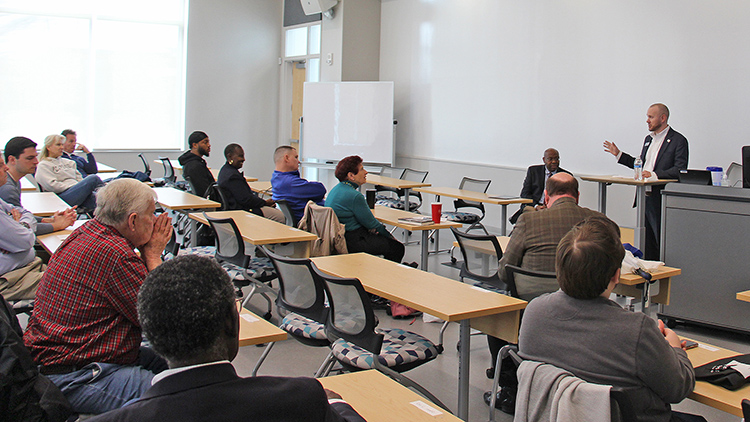 This level of formative and truth-seeking economic scholarship by noted economists like Sowell, as well as Milton Friedman and James Buchanan, is what fuels the student-focused mission in the PERI at MTSU.

Economics professor and PERI Director Daniel Smith coordinated Riley’s appearance on campus not only to help educate others on the important work of Sowell, but as part of the celebration of African American History Month.

Smith views Sowell’s “Basic Economics,” “Knowledge and Decisions,” and “A Conflict of Visions” as some of the most important books written in political economy. Smith says, “No matter what anyone may think of his conclusions, it is remarkable for a scholar to have produced so many pathbreaking works.”

“We were delighted to welcome students, faculty, and community members on campus to hear diverse perspectives with Riley’s insight on Thomas Sowell. As a leading African American economist, Sowell is one of the foremost experts in the world on race and discrimination,” said Smith.

David Urban, dean of the Jones College of Business at MTSU, introduced the Thomas and Martha R. Collins Free Enterprise Lecture Series event with Riley and spoke on the importance of providing a diversity of viewpoints on campus.

“We have had no shortage of excellent speakers hosted by the PERI. Many of whom have been world-class scholars, business leaders, and authors like Jason Riley, with reputations that extend far and wide. We present these speakers on campus as wonderful opportunities to broaden our intellectual horizons,” said Urban.

MTSU’s Political Economy Research Institute is a joint project between the Jennings A. Jones College of Business and the University Honors College. To advance its mission, the institute strives to engage in research and educational programs which uncover the institutions and policies that encourage and enhance human well-being. 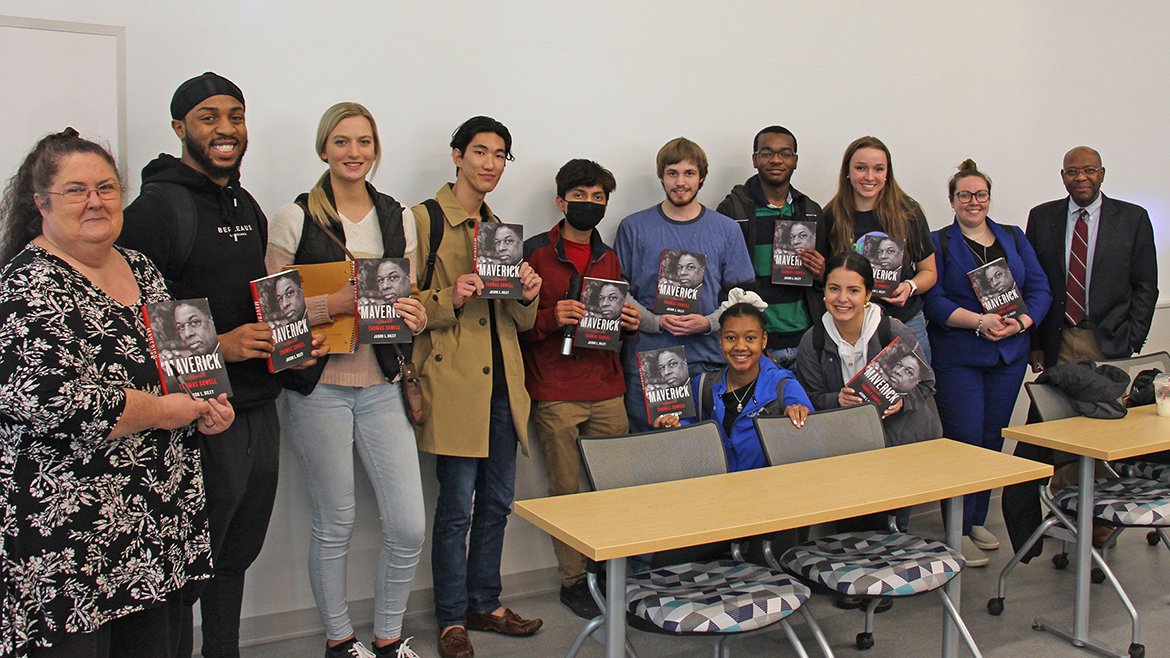 Maria Edlin King, left, director of the Tennessee Council on Economic and Free Enterprise Education and lecturer in the Department of Economics and Finance, poses with students from her class who attended the “Maverick: A biography of Thomas Sowell” lecture with Wall Street Journal columnist and author Jason Riley on Feb. 17 at MTSU’s Academic Classroom Building. (MTSU photo by Brian Delaney)