Deciding to go to college, whether you are in high school or a working adult, can be a tough decision. A prospective student will look into many different colleges and universities, their various programs, and what other things the schools can offer.

Melissa Rogers grew up in Lebanon, Tennessee, knowing it was always going to be MTSU in nearby Murfreesboro. She had visited the campus and wanted to attend there. She started working a full-time job when she turned 18 to support herself, and when it came time to start college, she was not sure if she could do it all.

“I had this overwhelming thought that I was not capable of doing it all,” said Rogers, now a 35-year-old Murfreesboro resident and mom to a 10-year-old son. “From working to going to school full time, it would have just been a lot.” 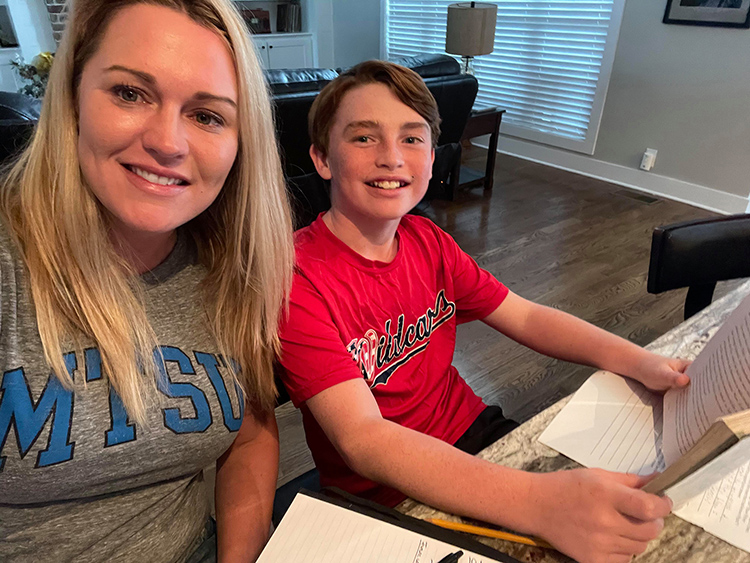 MTSU senior Melissa Rogers, left, of Murfreesboro, Tenn., and her son Eli, 10, study together at home in this undated photo. Rogers, 35, returned to the classroom after more than a decade and now the trucking company executive is set to earn her bachelor’s degree through MTSU’s University College in December. (Submitted photo)

This December, more than 17 years later, Rogers will graduate from MTSU with a bachelor’s degree in integrated studies through University College with a concentration in leadership and administration.

“I laugh about it now. In hindsight, I think we can take on more than we believe we can. I was not wise enough to see that,” she said. “It’s been a lot of fun and I’m really proud to finish this. I am a first-generation graduate.”

Rogers does not regret putting off college until later. She has built a strong career in the trucking industry, following in the steps of her father and grandfather, saying she has “diesel fuel in her veins.” Both men were truck drivers and now Rogers is the chief human resources officer at Silver Fox Lines, a trucking company that serves several e-commerce platforms as well as Fed-Ex.

Despite being successful in her career, she wanted the degree for more confidence.

“It doesn’t matter how talented you are when you are in conversations with executives and they realize you don’t have a degree,” she said. “Suddenly you have to work twice as hard. It’s always been that one blemish that I don’t have a degree.”

Rogers started the path back to school in 2016 when she started at Motlow State Community College. MTSU was always the final goal for her, as she said she did not want a degree from one of the large online universities.

She was working full time at a different trucking company at the time and learning how to balance everything. Rogers said it seemed every time she would stabilize herself she would get promoted and have to regroup and get her legs back under her.

Obviously a good problem to have, but for someone who was trying to focus on finishing quickly, she wanted to get into a routine. She found that after finishing at Motlow and transferring to MTSU.

PLA put her ‘on a fast track’

For Rogers, she was able to finish quicker than she thought because of University College’s Prior Learning Assessment program. Often referred to as PLA, the program allows adult students to convert eligible prior work and training and certifications into college credit and use up to 60 credits toward electives. Students do all of this for the cost and time of a three credit-hour course.

“My adviser recommended PLA to me,” she said, referring to University College’s Mona Snell. “She took so much time to learn about me as a professional and not just an MTSU student.”

With Snell’s recommendation, Rogers was able to earn 30 hours of elective credit to use toward her degree. That’s good for 10 three-hour courses.

“Getting those 30 hours put me on a fast track,” Rogers said.

At MTSU, especially during the pandemic, Rogers got into a groove. She was extremely organized, planning out her entire semester the moment she got her syllabi for all her classes. She was doing homework with her son in the evenings when he was not practicing baseball. She even found time for schoolwork while at baseball tournaments because of mobile Wi-Fi.

Now that she is near the finish line, she says her son, Eli, has started to “turn a corner” on what he thinks of her decision to go back to school.

“In the beginning, he would take every opportunity to complain about how much time school was taking up,” she said. “But recently he came to me and asked me to order him a tie for my graduation.” 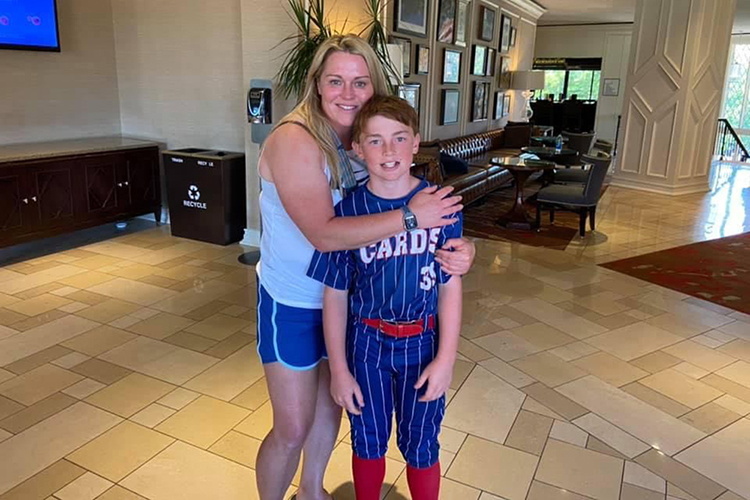 MTSU senior Melissa Rogers, left, of Murfreesboro, Tenn., and her son Eli pose for a photo before the St. Louis Cardinals’ World Series Game 7 win over the Texas Rangers in 2011. A trucking company executive, the working mother returned to the classroom after more than a decade and is set to graduate in December with a bachelor’s degree in integrated studies. (Submitted photo)

Laughing, Rogers said that was a huge deal because it is a rarity to find him in something other than basketball shorts and a T-shirt.

“I am glad he has seen me doing something hard.”

She says it is one thing to talk to your kids about the importance of doing hard things and the importance of education, but for him to see her going through this challenging journey means so much more to both of them.

“Obviously I have learned so much in the courses I have taken,” she said. “But I have also learned about balance and how to manage everything. It takes a lot to orchestrate all the activities you have going on and look ahead enough to make sure you know what is coming next.”

Because of that, Rogers believes she has become a more effective executive and a better employee.

“The degree and the experience are giving me that extra sense of belonging and knowing I deserve to be where I am,” she said. “This gives me even more confidence in myself and not have that blemish that made me feel like I didn’t belong.”

To learn more about prior learning assessment and finishing your degree as an adult, visit MTSU.edu/FinishNow or call 615-494-7714.