McCarthy, the chair of the university’s military science program, spoke about the trio who were recently commissioned in the Hazlewood Dining Room in the James Union Building and graduated Dec. 14 in Murphy Center.

The commissioning ceremony is a tradition for the ROTC program, which has seen the student cadets prepare for service to their country. 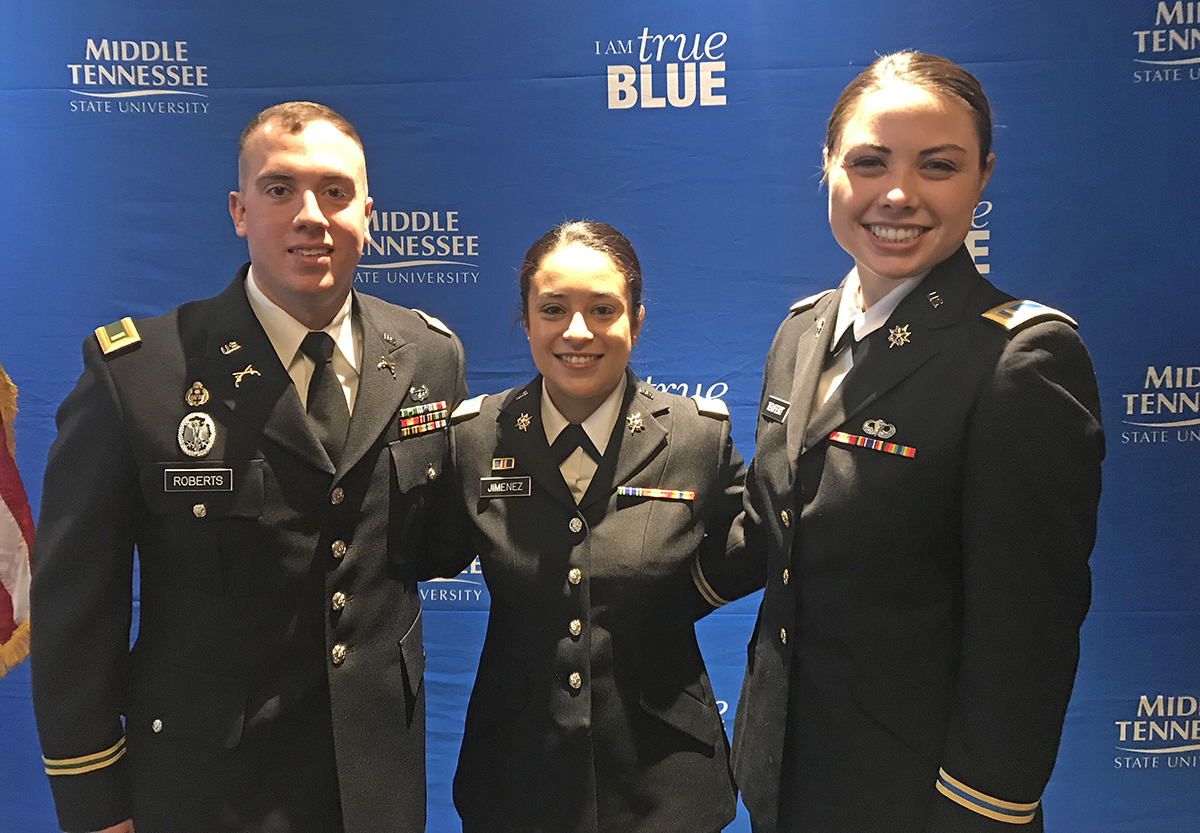 McCarthy shared how all three are heading to a distinctive military branch: Jimenez to the Army National Guard in intelligence, Roberts into active duty with military police and Teufert to reserved forces duty in military intelligence.

“All of them are highly intelligent and confident,” McCarthy said. “We’re excited to be able to do this — commission them and send them out into the real world.” 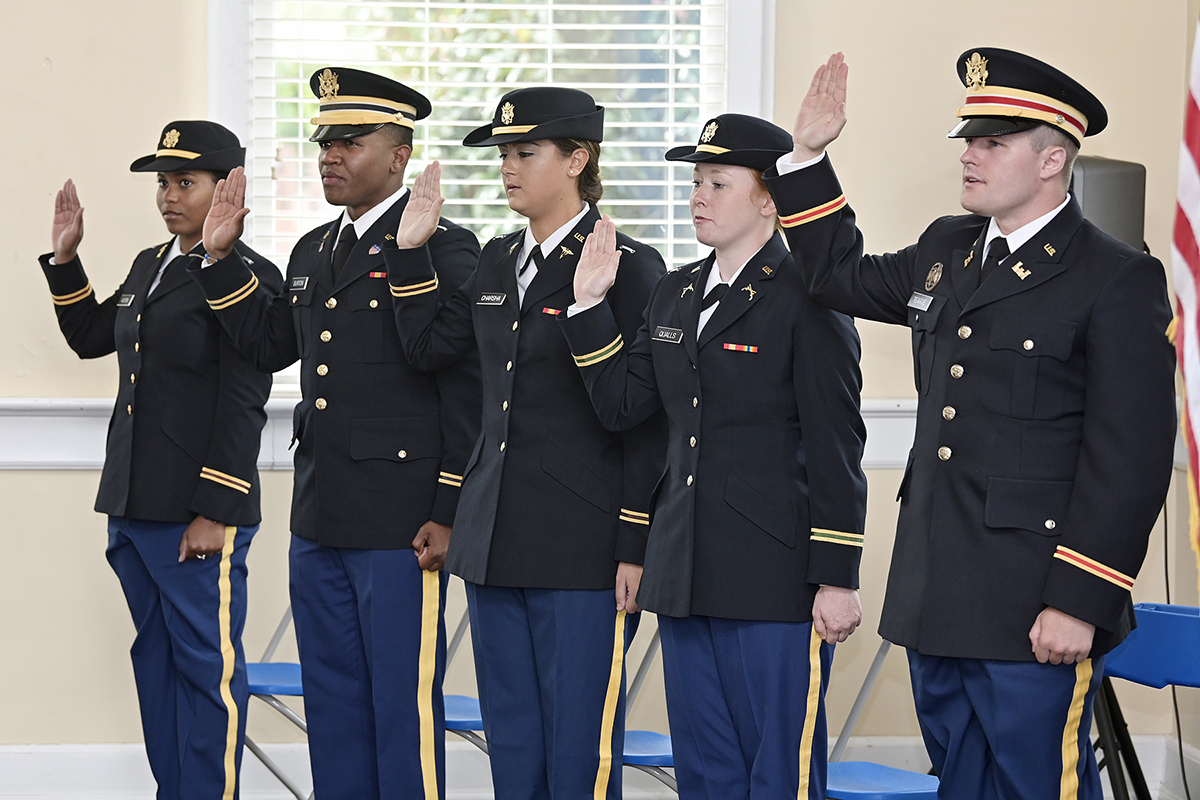 Scott delivered a “message about leadership, how to become a good leader and characteristics that surrounded that,” he said.

“It’s about being ready for the next mission, the next step,” he added. “You have to be prepared at any given time to adapt to the changing situation.”

McCarthy administered the commissioning oath. The new commissionees also participated in the Silver Dollar Salute, a military tradition where they hand a shiny silver dollar to the first enlisted soldier, sailor, airman or marine who salutes them.

The program, which is one of 11 College of Basic and Applied Sciences departments, also commissioned four cadets and contracted with four new cadets in August. 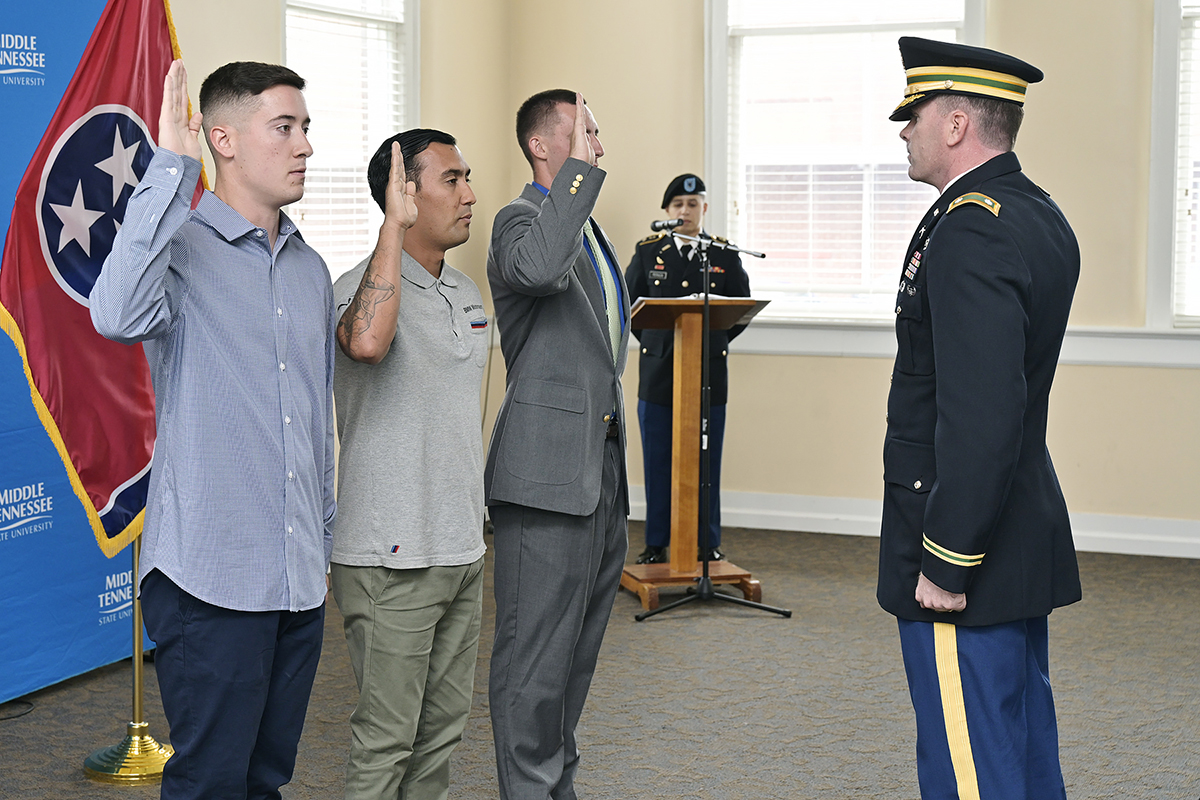