With help from MTSU’s Center for Historic Preservation, Rutherford County has a place to preserve its past for future generations.

Area leaders cut the ribbon Nov. 21 on the new Rutherford County Historic Courthouse Museum, a five-room space inside the courthouse in Murfreesboro for artifacts and exhibits that explain the county’s development.

“When I stepped forward and asked him and tasked him with this job of putting a museum here in the historic courthouse, he didn’t hesitate,” Ketron said at the opening ceremony. Watch a short video from the ribbon-cutting ceremony above. 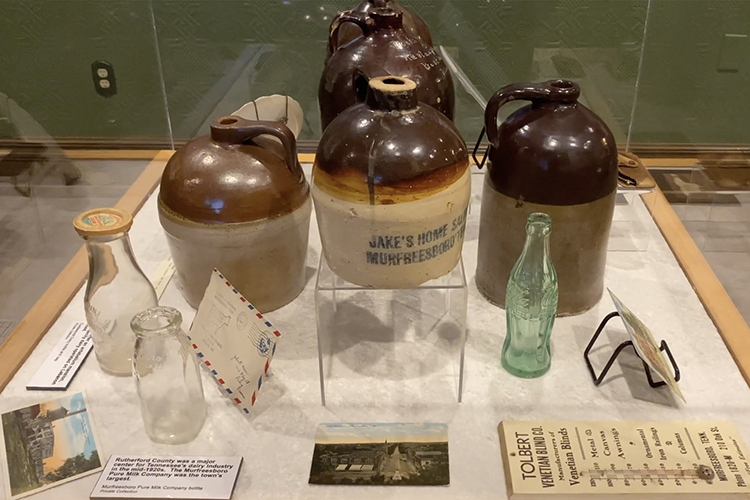 West developed a general outline, but the COVID-19 pandemic forced a postponement of work on the project in 2020.

“The exhibit outline focused on where the county had been significant statewide or nationally,” West said. 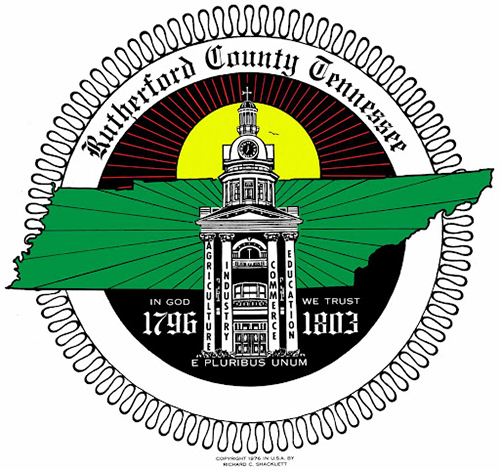 West cited such events as the time when Murfreesboro was the state capital, the Trail of Tears, the Civil War, the Commonwealth Fund and the medical history of the early 20th century, and Gen. Douglas MacArthur’s visit and address at Middle Tennessee State College in 1951.

“Then we filled in with key Southern history themes such as the early Native American history, the impact of slavery and the role of the enslaved, the railroad era, the development of the town square and its businesses, education growth, MTSU and arts and music,” West said. 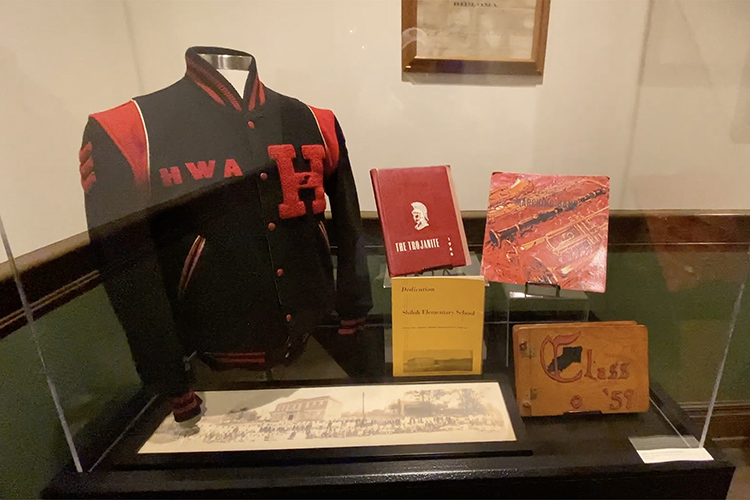 The CHP designed and created the exhibit and provided an exhibit case and objects from collections at the Heritage Center of Murfreesboro. West said the partnership with county archives was invaluable, citing County Archivist John Lodl, an MTSU alumnus, and Mary Watkins of the African American Historical Society of Rutherford County.

For more information, contact Simpson at lydia.simpson@mtsu.edu or van Zelm at antoinette.vanzelm@mtsu.edu. 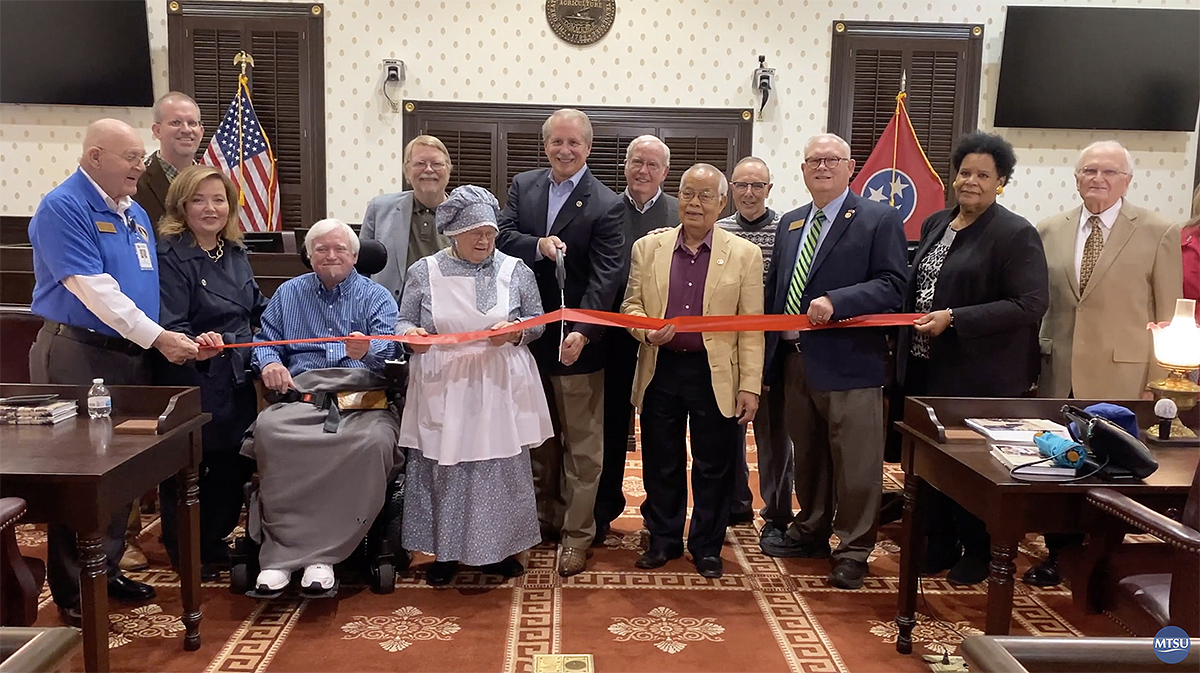 Rutherford County Mayor Bill Ketron holds the scissors as he prepares to cut the ribbon at the Nov. 21 opening of the Rutherford County Historic Courthouse Museum in Murfreesboro. At Ketron’s immediate right is Carroll Van West, director of MTSU’s Center for Historic Preservation and Tennessee State Historian. (Photo provided) 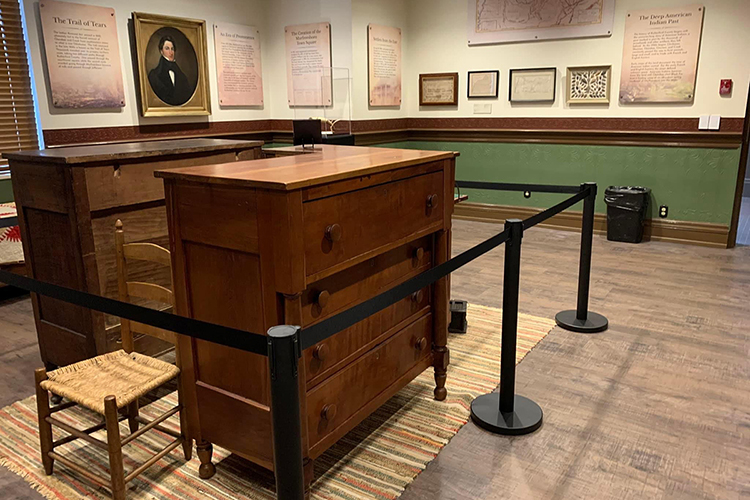 Exhibits and artifacts help reveal the history of Rutherford County, Tennessee, in the newly opened Rutherford County Historic Courthouse Museum in Murfreesboro. MTSU’s Center for Historic Preservation, led by director Carroll Van West, was essential in the creation of the project. (Photo submitted)