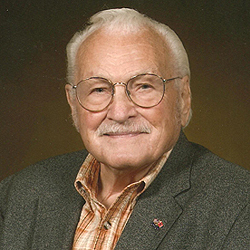 U.S. Army veterans cross Jones Field, accompanied by loved ones and the MTSU Band of Blue, during the 2011 Salute to Armed Services/Veterans Day program at halftime of the MTSU/Arkansas State football game. (MTSU file photo by Andy Heidt)

Organizers are preparing for MTSU’s largest Salute to Armed Services/Veterans Day event in its 31-year history.

Seven hundred to 1,000 veterans and active-duty military personnel are expected to attend the Saturday, Oct. 27, events on campus, which include an afternoon gridiron battle between MTSU and North Texas at Floyd Stadium.

“It’s going to be an exciting day,” said Marco Born, assistant athletic director for ticketing and marketing for MTSU. “It will be a busy day, but exciting. So much planning — eight or nine months — has gone into this by our committee.”

In addition to the morning Veterans Memorial Service, one of each year’s event highlights is the announcement of the Joe Nunley Award winner.

Another much-anticipated part of the day comes during halftime, when the nearly 460-member Band of Blue pays a special patriotic salute to the U.S. Armed Forces: Army, Navy, Air Force, Marine Corps and Coast Guard.

As each branch’s military marching music is played, veterans and active-duty personnel will cross Jones Field — some walking and some in wheelchairs, aided by family and friends — in a moving ceremony.

The day is filled with special events, including:

For the first time, a silent auction benefiting Toys for Tots will be set up inside the Kennon Hall of Fame. Anyone attending the game or the Salute to Armed Services events may participate in the auction, which will end at 1:45 p.m.

During the morning memorial service, veteran and Murfreesboro businessman Fayne Haynes will be the featured speaker. World War II veterans will then be honored by the planting of a tree near the memorial site. A bugler will render a salute by playing “Taps.”

“We are expecting our largest Salute to Veterans event ever,” Born said, noting the effort extended by MTSU’s Athletic Department to visit and personally invite veterans and staff at veterans’ facilities in Nashville, Smyrna and Murfreesboro.

He also commended primary sponsors State Farm, Barrett Firearms, Bridgestone, USAA and the National Guard for their role in purchasing tickets for the special guests.

Joe Nunley Jr. will represent the Nunley family during the halftime presentation of the award named for his late father. Joe Nunley Sr. was a U.S. Army World War II veteran who was an MTSU education professor starting in 1961 and retired as alumni director at the university in 1987. The senior Nunley died in 1993.

Also scheduled during the Oct. 27 salute are:

Born said local Boy and Girl Scouts also will be in attendance.

To find parking on campus for the Armed Services/Veterans Day events, a printable campus map is available at http://tinyurl.com/MTParkingMap12-13.