Middle Tennessee’s home Conference USA game against Charlotte set for Saturday, Nov. 7, has been postponed due to Covid19 cases and contact tracing within the 49er program. The two schools will work with C-USA to reschedule the game later in the season.

The Blue Raiders and 49ers were set to kickoff Saturday afternoon at Floyd Stadium in a game that was to be broadcast on ESPN+.

“These are obviously very challenging times. We understand and respect the decision by Charlotte,” said Middle Tennessee director of athletics Chris Massaro. “First and foremost is the health and safety of the Charlotte program and we wish everyone involved a speedy recovery.

“This is disappointing but we look forward to our road game against nationally ranked Marshall next week. We appreciate our student-athletes and fans for their patience during these unprecedented times.”

The game was to mark the 39th anniversary of the Salute to Veterans and Armed Services.

The MT Athletics Veterans Committee already are brainstorming and looking ahead to the 40th anniversary in November 2021.

All of the men left MTSU as second lieutenants and died in combat while serving their country.

The photo display prepared by the Department of Military Science, which is led by U.S. Army Lt. Col. Carrick McCarthy, with assistance from Miller, who said the campus community and general public are welcome to stop by the center in Room 124 of the Keathley University Center to obtain a copy of a brochure about the eight MTSU heroes. 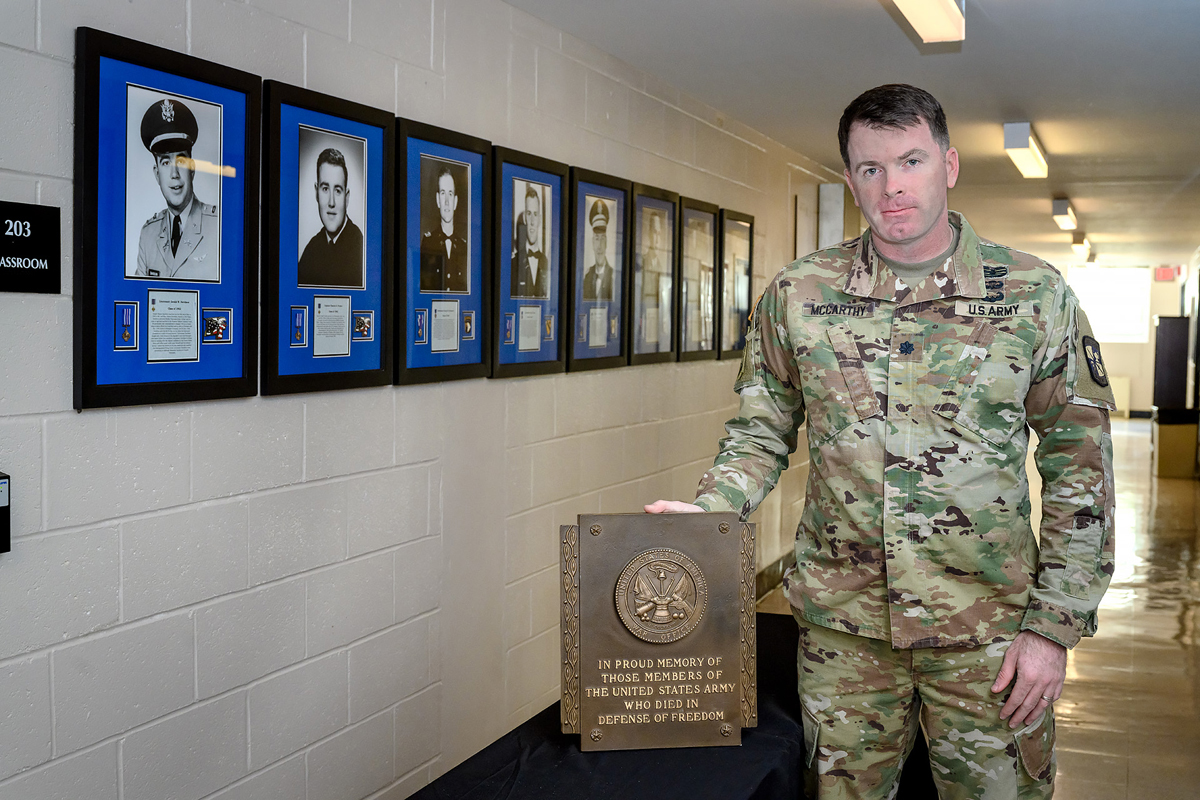 U.S. Army Lt. Col. Carrick McCarthy, who heads the MTSU Military Science program, is shown with a group of eight shadowbox photo displays of former university ROTC cadets who died in combat while serving their country, and an accompanying plaque in Forrest Hall. The display was to have been a part of Nov. 7 pregame activities, but the game was postponed. Inclement weather on Veterans Day (Nov. 11) forced organizers to cancel the display being shown at the Veterans Memorial outside the Tom H. Jackson Building. (MTSU photo by J. Intintoli)

McCarthy said that after arriving at MTSU several years ago, “it was very important that our cadets understood those who have made the ultimate sacrifice, and this display has been strategically placed outside the student lounge (in Forrest Hall) so that they are seeing them every day or every other day, and take time to read the citations.”

“I want them to understand that in the back of their mind we are training them for service to our country and that can naturally come with some danger, but it’s a very honorable thing to have given your life in service to your country and to your fellow service men and women ,” McCarthy added 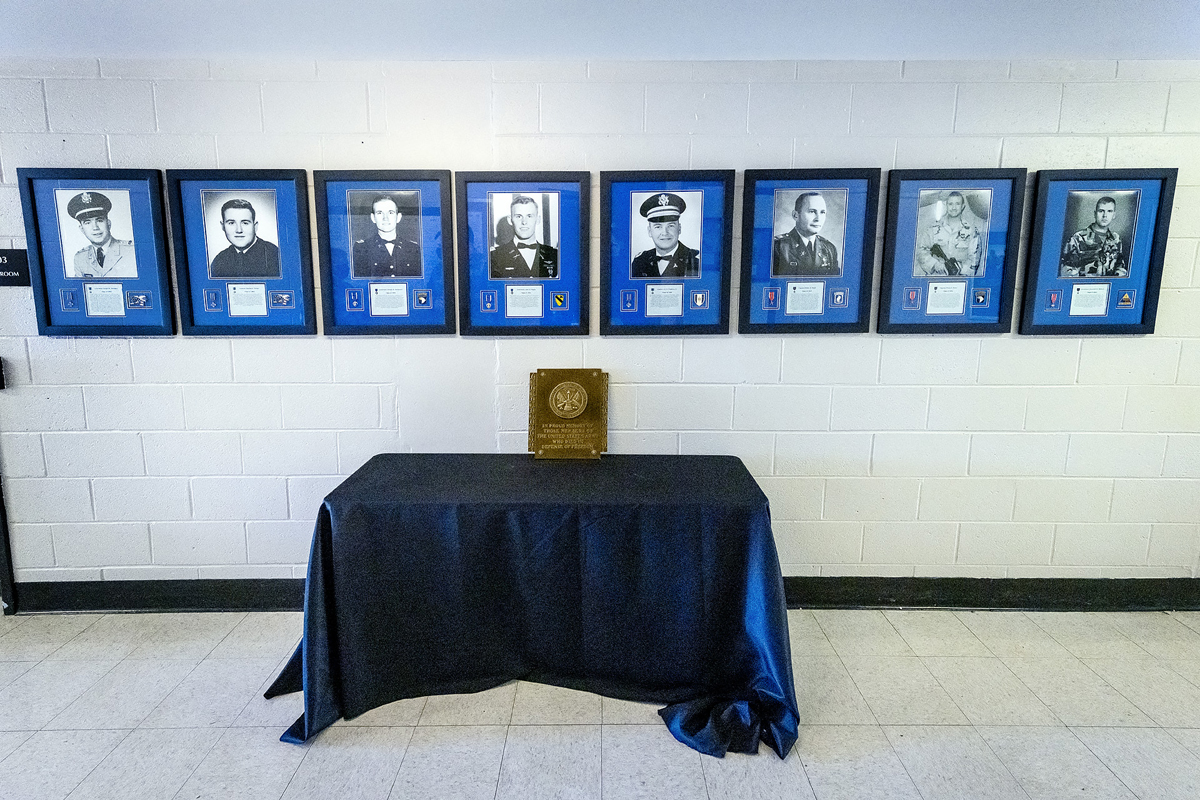 Eight former MTSU ROTC cadets who died in combat while serving their country are on display on the second floor of Forrest Hall. (MTSU photo by J. Intintoli)