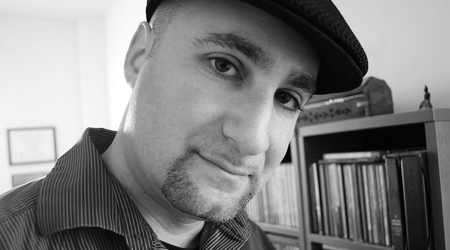 Author and hip-hop music scholar Dr. Joseph Schloss will explain “How Leonard Bernstein Invented Hip-Hop” at a free public lecture at MTSU on Thursday, Sept. 6, in Room S-260 of the Business and Aerospace Building.

Schloss is the New York-based author of two authoritative works on hip-hop music: Foundation: B-Boys, B-Girls and Hip-Hop Culture in New York (Oxford University Press: 2009) and Making Beats: The Art of Sample-Based Hip-Hop (Wesleyan University Press: 2004), which won the 2005 Book Prize from the International Association for the Study of Popular Music.

He also is the co-author of Rock: Music, Culture and Business (Oxford University Press, 2012) with Christopher Waterman and Larry Starr. Schloss is an adjunct associate professor of black and Latino studies and sociology at City University of New York and a Visiting Scholar in Music at New York University.

The Boston Globe said Foundation was “the best work ever produced on b-boying,” adding that “Schloss’s insights are wide-ranging and consistently illuminating.” The Journal of Popular Music Studies reviewed Making Beats and noted that “Schloss’s consistent emphasis on artistic agency, musical processes and individual compositional proclivities make this an important study for fans, scholars, critics and anyone who needs convincing that hip-hop music, is, in fact, music.”