3 Keys to a Successful Advisin..

MTSU students often toil one or more semesters — and sometimes year-round — to be part of the annual Scholars Week, which will be held March 18-22 across the MTSU campus. 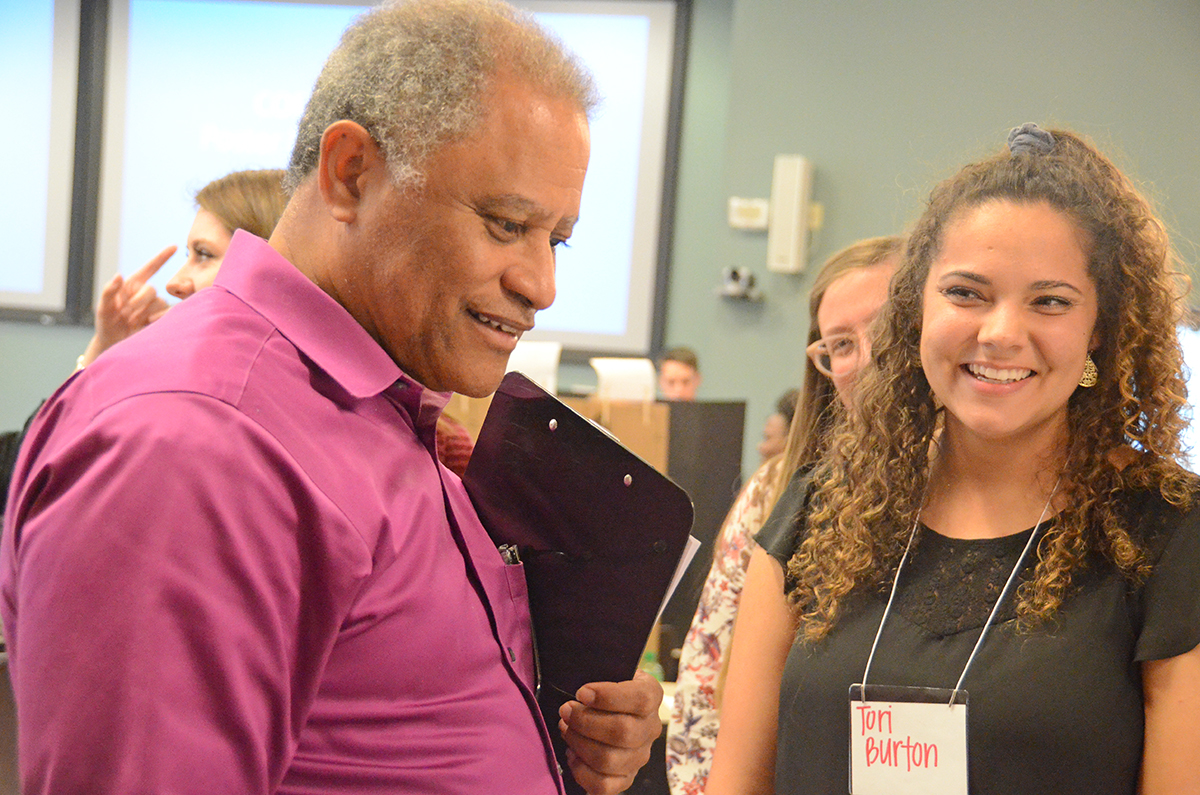 All events are free and open to the public. To find parking and campus buildings, a campus map is available at http://tinyurl.com/MTParkingMap.

• The College of Education Distinguished Scholars Session, “Opening Up Pathways in Education: Diversity in STEM,” featuring Reggie Carruth from La Vergne (Tennessee) Middle School and MTSU professors Judith Iriarte-Gross, Chrisila Pettey and Ginger Rowell. The event will be held at 5:30 p.m. Monday, March 18, in COE 160.Iriarte-Gross is a chemistry professor and Women in STEM Center director; Pettey is a computer science professor; and Rowell is a professor of mathematical sciences.

• The College of Media and Entertainment Interview with Julien Baker, a former MTSU student who is an indie singer/songwriter, at 4 p.m. Tuesday, March 19, in Business and Aerospace Building Room S-102.

• The Universitywide Poster Exposition. Undergraduate, graduate and faculty research posters will be on display starting at 12:40 p.m. Friday, March 22, in the Student Union Ballroom on the second floor. Judging will take place from 12:40 to 2:15 p.m., with a brief awards ceremony at 3 p.m. Colleges within the university also will conduct their own events during special Scholars Days throughout the week.

• James E. Walker Library poster display — First-place winners of the universitywide poster event will be on display in the atrium from March 25 through April 10.

To learn more about Scholars Week, the complete schedule and students’ and faculty members’ abstracts a committee selected for participation, visit www.mtsu.edu/scholarsweek. 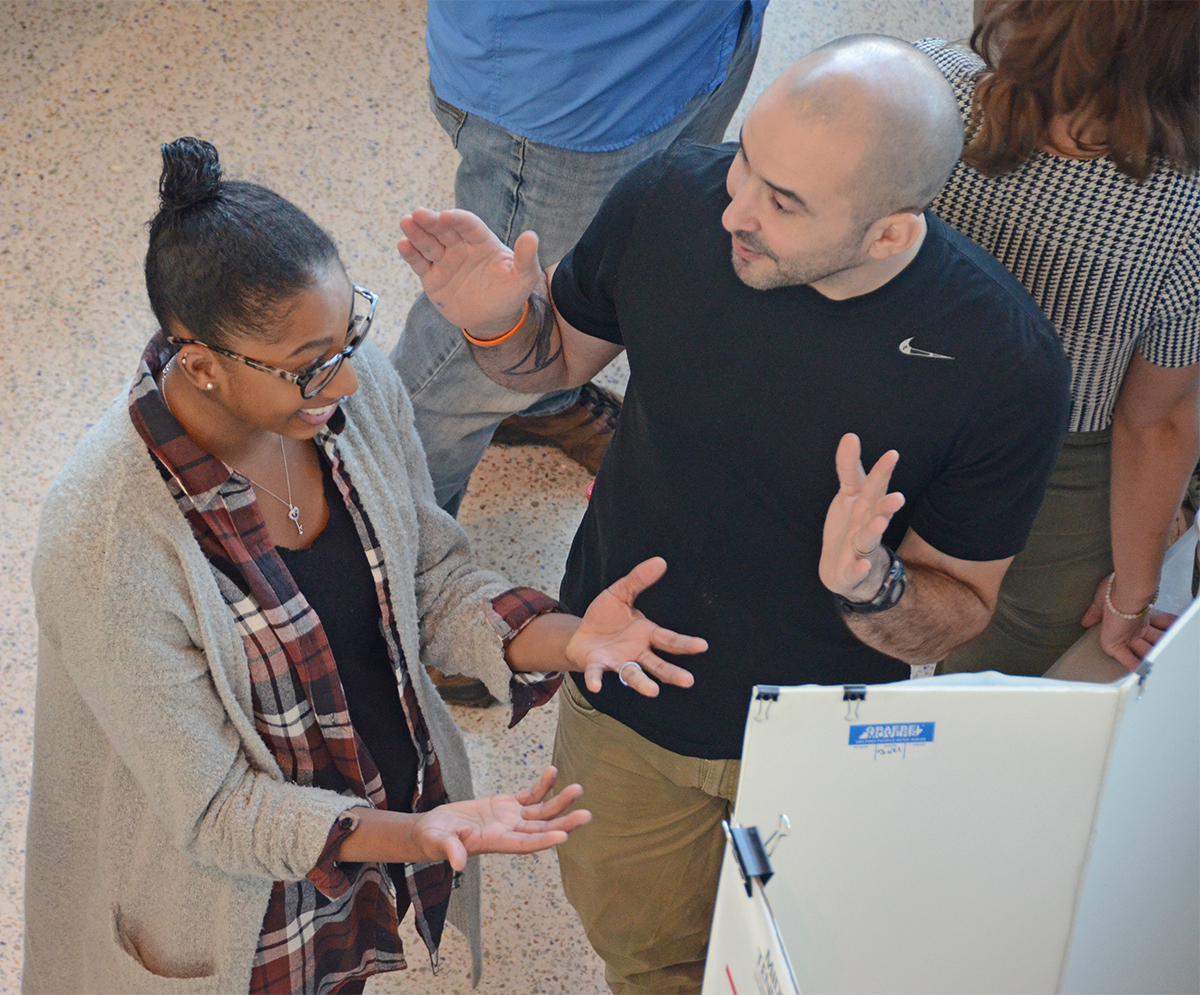 MTSU senior biochemistry major Paeton Poynter, left, of Hartsville, Tenn. and molecular bioscience doctoral candidate Gale Beaubien of Murfreesboro discuss the science behind the research Poynter and others are involved with Tuesday (March 19) during the College of Basic and Applied Sciences Scholars Day poster presentations in the Science Building’s Liz and Creighton Rhea Atrium. (MTSU photo by Randy Weiler) 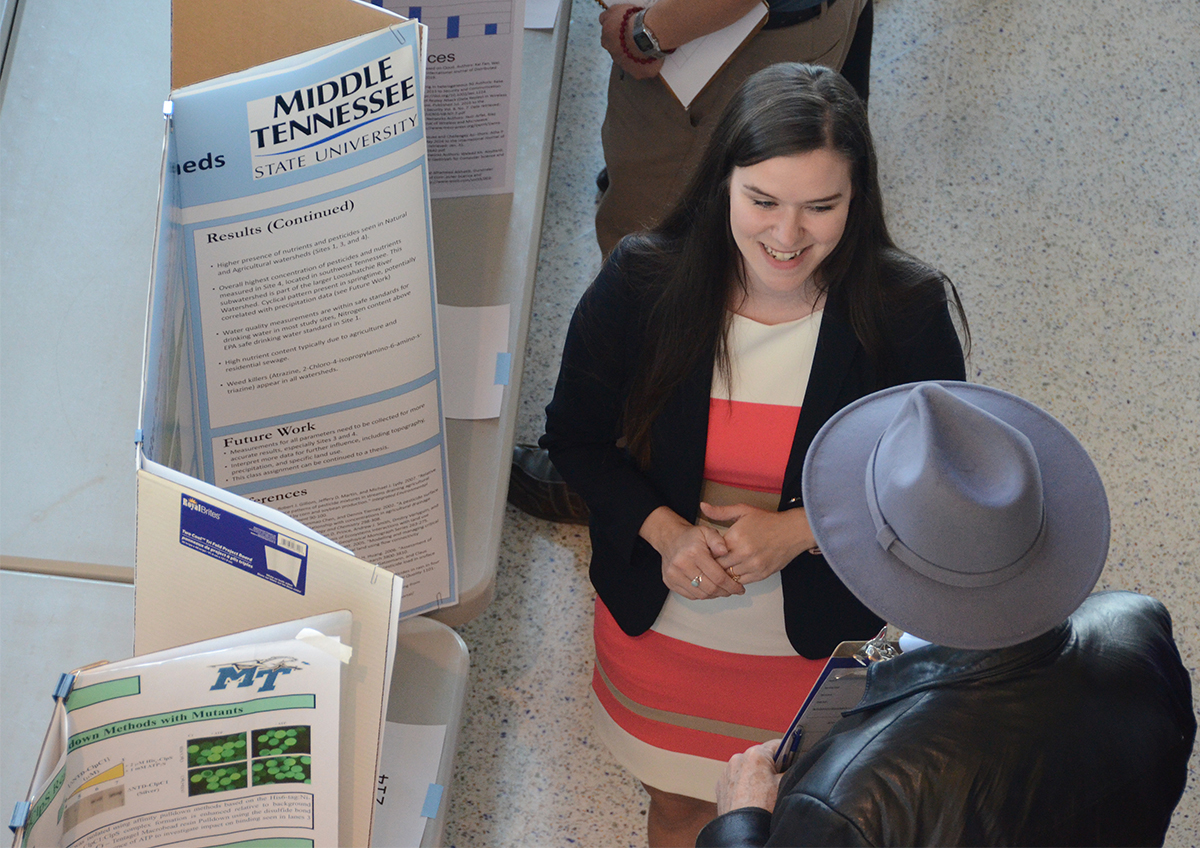