Mentoring expert is part of MT.. 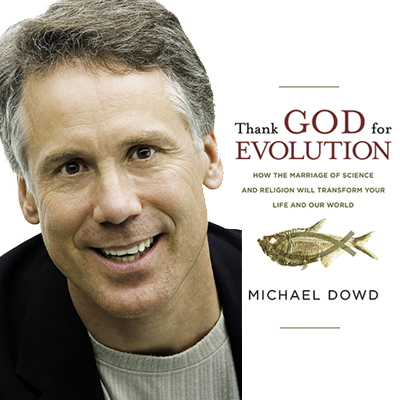 Members of the MTSU community aim to dispel the notion that religion and science are mutually exclusive at a special presentation set Thursday, Nov. 20.

The MTSU Science and Spirituality Group will present a discussion, “The Future is Calling Us to Greatness: Coming Home to Reality,” with the Rev. Michael Dowd at 7 p.m. Nov. 20 at Unity of Murfreesboro, located at 130 S. Cannon Ave.

“This presentation will focus on six points of agreement held in common by tens of millions of religious and nonreligious people across the globe and how to stay inspired in the face of changing climate and other large-scale challenges,” said Dr. Gary Wulfsberg, MTSU emeritus professor of chemistry.

Dowd, who refers to himself as an “evolutionary theologian,” earned his bachelor’s degree in biblical studies and philosophy from Evangel University in Springfield, Missouri, and his master’s degree in divinity from Palmer Seminary in Philadelphia, Pennsylvania.

His book, “Thank God for Evolution: How the Marriage of Science and Religion Will Transform Your Life and Our World,” has been endorsed by six Nobel Prize winners in the fields of physics, economics and physiology/medicine.

The Science and Spirituality Group grew out of conversations between MTSU professors about humanity’s place in the cosmos.

Since 2008, the group has brought accomplished speakers to campus to allow students, faculty and the public an opportunity to see both science and spirituality “as a valuable lens through which to explore perennial questions of human interest,” according to the group’s website at http://library.mtsu.edu/spirituality/aboutus.php.

For more information, contact Wulfsberg at gary.wulfsberg@mtsu.edu or Unity of Murfreesboro at 615-907-6033.