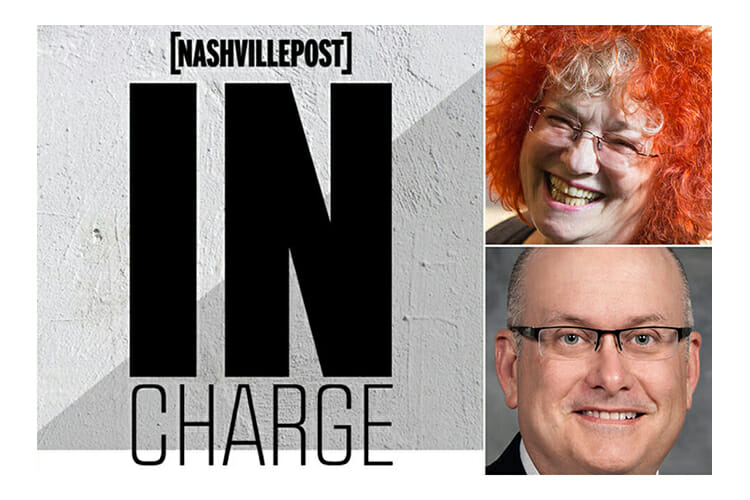 Scott and Oppmann were profiled in separate articles that accompanied the Post’s list of more than 500 women and men organized by 19 categories ranging from education, music and the arts to politics, sports, banking, legal services and management.

MTSU President Sidney A. McPhee was again included in the education category of the list.

Scott, who joined MTSU in 2016, was singled out for her work in helping transform WMOT from its former full-time classical-jazz-news format to full-time Americana as WMOT-FM Roots Radio 89.5, a switch The Post noted “came as the critical acclaim of artists who fit under (that) broad stylistic umbrella flourished.”

“Nobody is better suited to curate the Middle Tennessee State University-based station’s music than veteran DJ and programmer Jessie Scott,” the Post said.

WMOT, a charter member of National Public Radio since 1969, broadcasts at 89.5 FM and on the station’s website, www.wmot.org, and continues to air locally programmed jazz at 104.9 FM, 92.3 FM and the web.

Oppmann, who joined MTSU in 2010, was noted by the Post for “changing the face of the university” through “a more aggressive marketing strategy,” which includes its “I am True Blue” identity branding.

“He works alongside President Sidney McPhee, with the two strategizing about vision and ensuring Murfreesboro — and surrounding counties — know about all the university’s assets,” the Post said.

The articles, as well as the entire In Charge list, are included in the Post’s spring 2018 edition of its Leaders Magazine, available now at area newsstands.