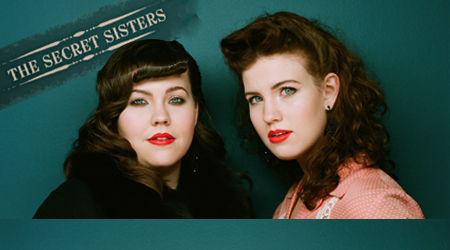 MTSU 2009 graduate Laura Rogers recently took time off from a worldwide tour as one of the “Secret Sisters” to revisit her commercial songwriting class, taught by Professor Hal Newman of the Department of Recording Industry, and share advice with students. She and her sister, Lydia, released their debut album in fall 2010, featuring classics like “Why Baby Why” and “Something Stupid” as well as Laura’s original “Tennessee Me” and “Waste the Day,” and are featured in the October 2011 issue of Paste Magazine.