‘MTSU On the Record’ listens to Black History Mont... 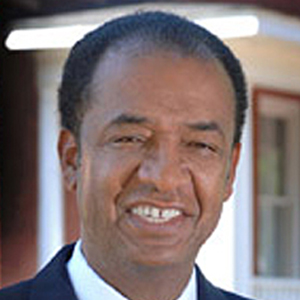 A veteran of civil rights activism who survived violence and imprisonment told his story on a recent edition of the “MTSU On the Record” radio program and is providing the keynote address for the university’s Black History Month observance.

Host Gina Logue’s interview with Dr. Cleveland Sellers, president of Voorhees College in Denmark, S.C., aired earlier this month on WMOT-FM (89.5 and www.wmot.org ). You can listen to their conversation here.

Sellers, who marched with Dr. Martin Luther King Jr., led voter registration drives and participated in a lunch-counter sit-in, will be the keynote speaker for MTSU’s celebration of Black History Month at 6 p.m. Monday, Feb. 17, in the auditorium of the Paul W. Martin Sr. Honors College Building. The event is free and open to the public.

“You had to be willing to suffer whatever sacrifices that you had to make in order for you to move the movement forward and continue to build the struggle for social justice and voting rights and economic opportunities,” said Sellers.

Sellers was the only person arrested in the so-called “Orangeburg Massacre,” a civil rights demonstration which turned violent when state troopers opened fire on students at South Carolina State University on Feb. 8, 1968.

Three students were killed and 28 others were injured in the incident. They were protesting a local bowling alley’s refusal to allow blacks to bowl.

Sellers served seven months in jail for inciting a riot, but an all-white jury acquitted the white troopers in a federal trial. He received a full pardon 25 years later.