In the News: Ecology, country .. 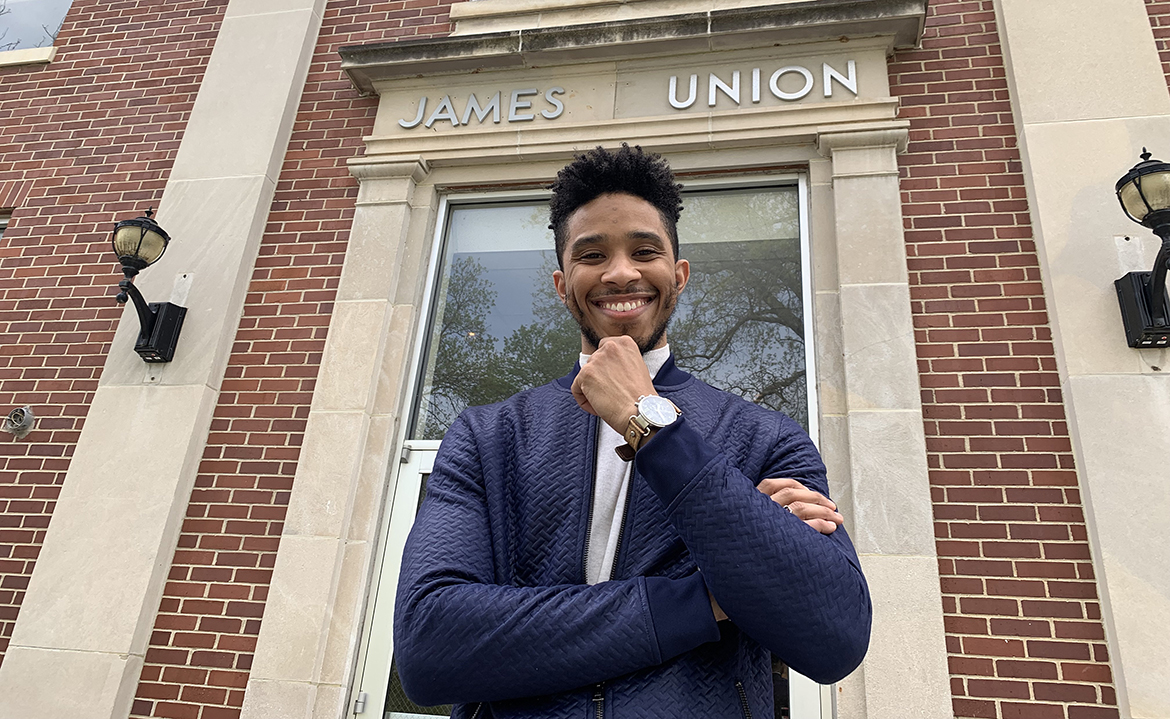 Lewis, who graduated May 7 from MTSU with a bachelor’s degree in physics, will attend Johns Hopkins, a private school based in Baltimore, Maryland, with campuses also in Laurel, Maryland, Washington, D.C., and centers in Italy and China. It is considered the oldest research university in the U.S. and one of the most respected in the world.

Lewis, 26, settled on Johns Hopkins in April, near the end of the semester, after mulling graduate school offers from the University of Michigan, Penn State University and several other major schools.

He will perform research in the Zanvyl Krieger School of Arts and Sciences, which was a major part of the school’s founding in 1876 and considered part of Johns Hopkins Homewood campus.

Lewis chose Johns Hopkins because of the “strength of faculty there. I’m interested in what they’re doing. It’s right in my wheelhouse and of my interest as far as research goes. They have a very collaborative department, especially with the work and a lot of their research is inter-connected, so there’s a place where I could be happy there.”

He will focus on condensed matter physics research.

“The area is fairly broad, but my interests are geared specifically toward novel quantum materials — materials with interesting and potentially useful properties that emerge as a result of quantum-scale interactions,” Lewis said.

“Many of these materials are not well understood, but what we do know of their exhibited and predicted properties make them excellent candidates for use in future energy and information technologies — once properly harnessed,” he added.

“The combination of a field in which there is still much work to be done, that incorporates quantum theory and whose systems of interest are both genuinely compelling in their own right as well as having clear practical benefits and real-world applications is what drew me to condensed matter physics in general and quantum materials in particular,” he said.

Lewis, who is from Camp Springs, Maryland, and most recently Murfreesboro, Tennessee, has lived a little bit of everywhere — Washington, D.C, Shreveport, Louisiana, Italy and Germany. His parents were in the Air Force — his mother eventually retiring after 28 years and father leaving active duty after 10 years.

At 17, Lewis entered the Air Force Academy in Colorado Springs, Colorado. He only stayed his freshman year. A year later, he moved to Murfreesboro — “sort of in school (at MTSU), taking a class here and there, and I spent time traveling around (Boston to see a brother, back to Colorado and to Texas to see his mother).

“I wasn’t committed to one thing. I had no goal. I was definitely growing up, maturing.” This took, as Lewis put it, “time. Dealing with consequences of my actions or inaction. And deciding I wanted something different and putting it into action.”

Five years later, he discovered theoretical physics and thought, “This isn’t bad. It’s something I can do,” he said. “It piqued my interest.” Taking quantum and thermal dynamics, “I realized I  enjoyed those classes and was pretty good at them.”

“I started looking over research in the department and contacted Dr. (Hanna) Terletska,” he added. An award-winning MTSU assistant professor, Terletska began mentoring Lewis, just as she has other students with considerable promise and work ethic.

“Dr. Terletska has been incredibly helpful,” Lewis said. “She’s very giving with her time and more than willing to give (constructive) feedback, guiding me through the process.” He also had high praise for professor Eric Klumpe “for helping give people knowledge.”

Lewis’ quantum-related research interests led to a federal Pell Grant, URECA (undergraduate research) grants and a successful National Science Foundation REU (Research Experiences for Undergraduates) with the University of Illinois (“one of the best programs in the country,” he said) in 2021. In October, he received the Nadine Barlow Undergraduate Research Support Award from the Council on Undergraduate Research Physics and Astronomy Division. He also presented at the American Physics Society international conference.

With Lewis’ success story, Terletska “wants others like him, especially from underrepresented groups, to see that such high accomplishments are possible, right here at MTSU, if you get the right mentorship, are ready to work hard and grab opportunities that come along the way.”

Physic and Astronomy is one of 11 departments in the College of Basic and Applied Sciences.