MTSU’s Sluder recognized for use of analytics to b... 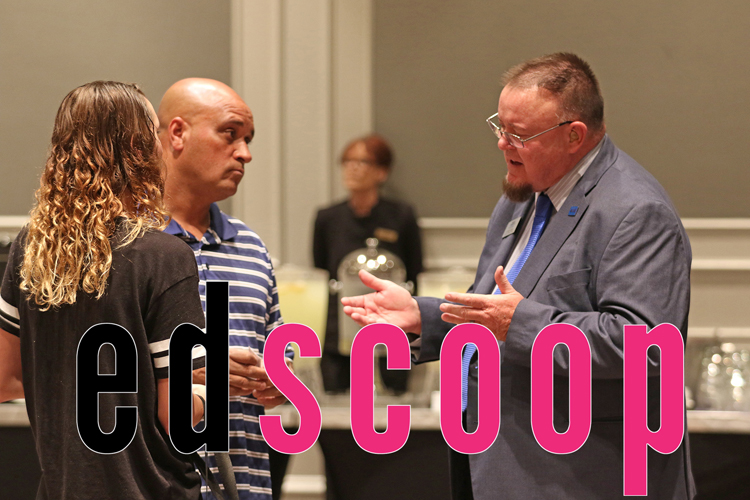 An online publisher focused on education news and trends has featured an MTSU administrator for his leadership in using data analytics to boost the university’s retention rates.

Dr. Rick Sluder, vice provost for student success and dean of University College, is among 25 education leaders profiled as an “EdTech Hero” by the website edscoop.com, which is part of a Washington, D.C.-based publisher Scoop News Group.

You can read the full story at http://edscoop.com/edtech-hero-rick-sluder-tennessee.

Since coming to MTSU in 2014, Sluder has emphasized the use of “predictive analytics” in student advising to identify at-risk students and formulate strategies to keep them in school and on track to graduate.

The EdScoop web article written by Emily Tate notes a three-year grant MTSU was awarded in 2015 to obtain analytics software to improve retention. The article points out that “four years ago, MTSU’s first-year retention rate was at 68 percent. In fall 2016, it was up to 76 percent — the highest rate of retention in the institution’s history.”

Sluder notes this type of recognition is a reflection of the excellent work being completed by faculty and staff on the MTSU campus.

“We have an excellent cadre of professional advisors who are committed to assisting students and have truly made a difference in their lives.” Sluder said. “Faculty here care about student learning.”

MTSU’s student success work has been reported in the Chronicle of Higher Education, The Washington Post, The New York Times and more than a dozen other national publications.

Earlier this year, the Association of Public and Land-grant Universities announced that MTSU was part of a national online course to guide other institutions toward more efficient advising.

APLU is offering the six-lesson, self-paced course titled “A SMART Approach to Student Success: Strategic Management of Advising Reform and Technology” on its website, www.aplu.org.

In 2015, the Education Advisory Board, a higher education consulting firm, honored MTSU with its Data-Driven Impact Award for quantifiable improvements in student retention.

The ongoing emphasis on student retention is part of the campuswide Quest for Student Success reforms launched by university President Sidney A. McPhee in fall 2013 to improve student retention and graduation rates.

“MTSU has exceptional leadership, from the president and provost, to chairs and advisor managers — something that doesn’t happen by accident on a college campus” Sluder said.

For more information about the effort, visit http://mtsu.edu/studentsuccess.