Nine MTSU undergraduate students spent most of spring break recently in indoor and outdoor “laboratories” inside the park, viewing elk and fish being studied by biologists and learning about wildlife management from professionals. They await a five-day hiking, backpacking and mostly primitive camping experience to help complete the course April 29-May 3 during finals week.

The students participated in the upper-division biome analysis class that biology associate professor Ashley Morris titled “Ecology and Management of the Great Smoky Mountains National Park” and received local and national media attention during the week. 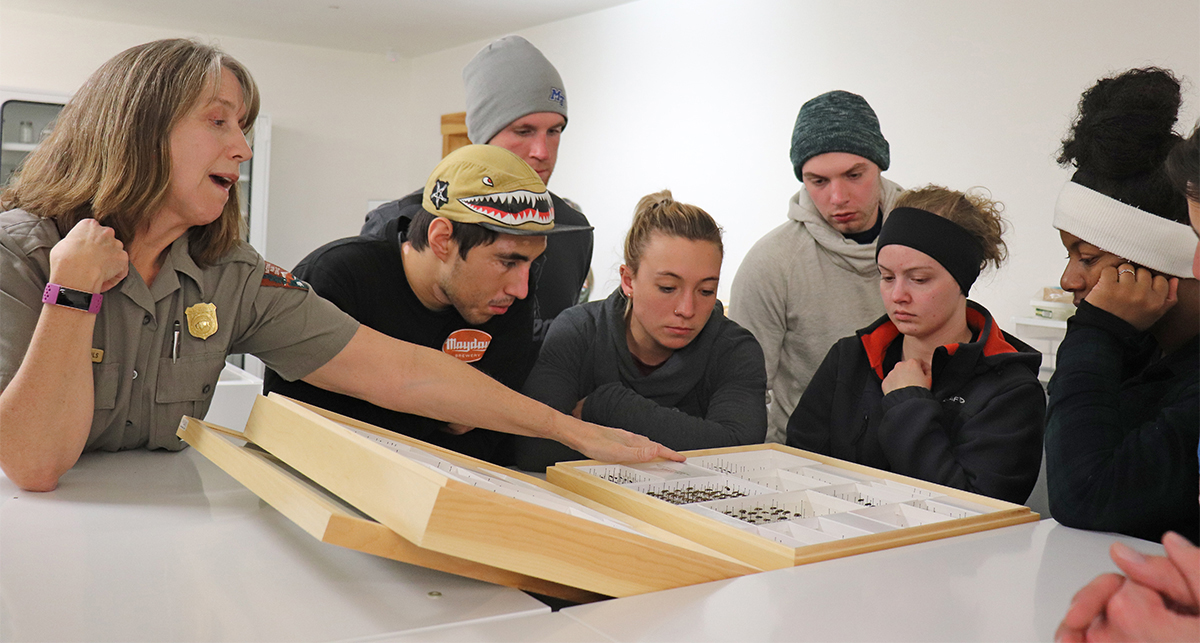 Great Smoky Mountain National Park entomologist Becky Nichols, left, talks about the diversity of fireflies in the park and how she is responsible for predicting the timing of the annual synchronous fireflies viewing event in the park. She is shown with MTSU students Luke Torres, James Beckner, Haven Poore, Cody Keck, Bekkah Riley and Infiniti Bristol during the first week of “SmokyMtnU” for the students recently at the park. (MTSU photo by Ashley Morris)

“My hope is they understand how truly complicated it is to manage natural resources in a place that gets 11 million visitors a year,” Morris said. “This is the most visited national park in the country. It’s surrounded by tourism. Part of the park’s mission, of course, is to preserve and protect. That’s not an easy thing to do when you’re tasked with making these people happy when they come into the park.”

The students witnessed a special technique used to monitor numerous species of fish in the Smokies’ streams; management of bears and hogs; and the methods of collecting information on male and female elk.

They also learned about ginseng-related issues park staff and officers deal with daily, they took a biological collections tour and talked to park Superintendent Cassius Cash and collaborative team members about wildlife management, career paths and much more.

Living about 90 miles from the Smokies in New Tazewell, Tennessee, MTSU senior biology major Cody Keck “grew up going to the park and have done that drive (through Morristown and on to Gatlinburg and the park) many times.” Keck, 20, said it was “an amazing experience. … The method (fisheries biologist) Caleb Abramson used in the water was my favorite part of the experience.”

Keck, whose career interests are in microbiology, said they “saw the behind-the-scenes and the day-to-day lives (of park personnel) of their various jobs.” 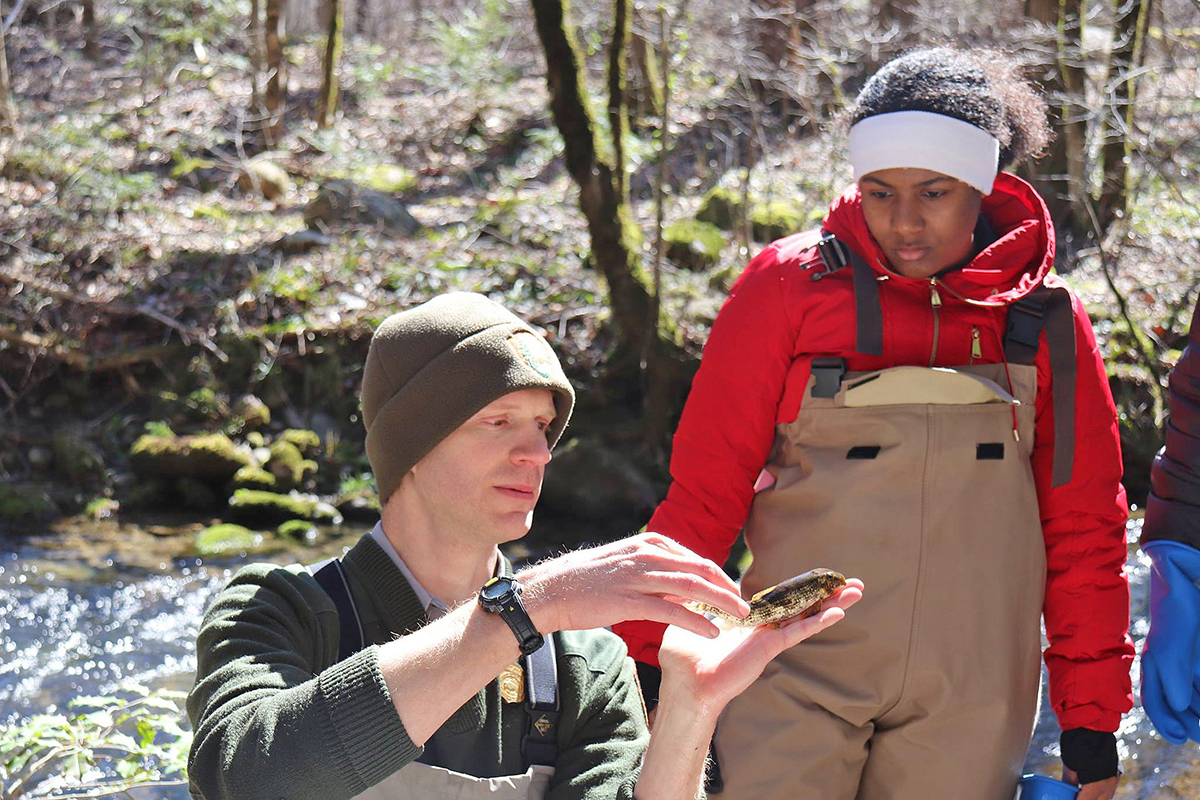 Bekkah Riley, 21, a senior Spanish and biology, organismal biology and ecology major from Murfreesboro, said she “loved it. There was so much cool stuff. I thought it would be more like a classroom (setting), but we got to go out and watch men and women do their job. It was incredible.”

“I want to be a park ranger someday,” added Riley. “I found out they have so many more jobs than I thought. It was great to see the diversity of their positions. … I want to teach people about wildlife and conservation. One of the biggest things is teaching children.” And she enjoyed a small sample of that with children who were there, too.

Morris realized her students were over-the-moon excited and energized. “What I told my students repeatedly is, ‘I want you to walk away from this class saying, that’s the best class I’ve ever had and each one of you is going to have a different reason for saying that.”

“And maybe not everything about the class was great for you, but I want you to have an experience you’re not going to have in any other class, that it’s a unique opportunity to learn about culture and society and science, all in the same place in an area that’s so close to us that it would be a shame for them not to know more about it. That’s my goal.”

In addition to Keck and Riley, other class members from East and Middle Tennessee include James Beckner and Infiniti Bristol of Kingsport, Haley Carter of Church Hill, Elmon Gonzales of Sevierville, Haven Poore of Thompson’s Station and Cyerrha Sengaroun and Luke Torres of Murfreesboro.

Assisting Morris on the trip was Lee Rumble, a graduate student from Nashville. 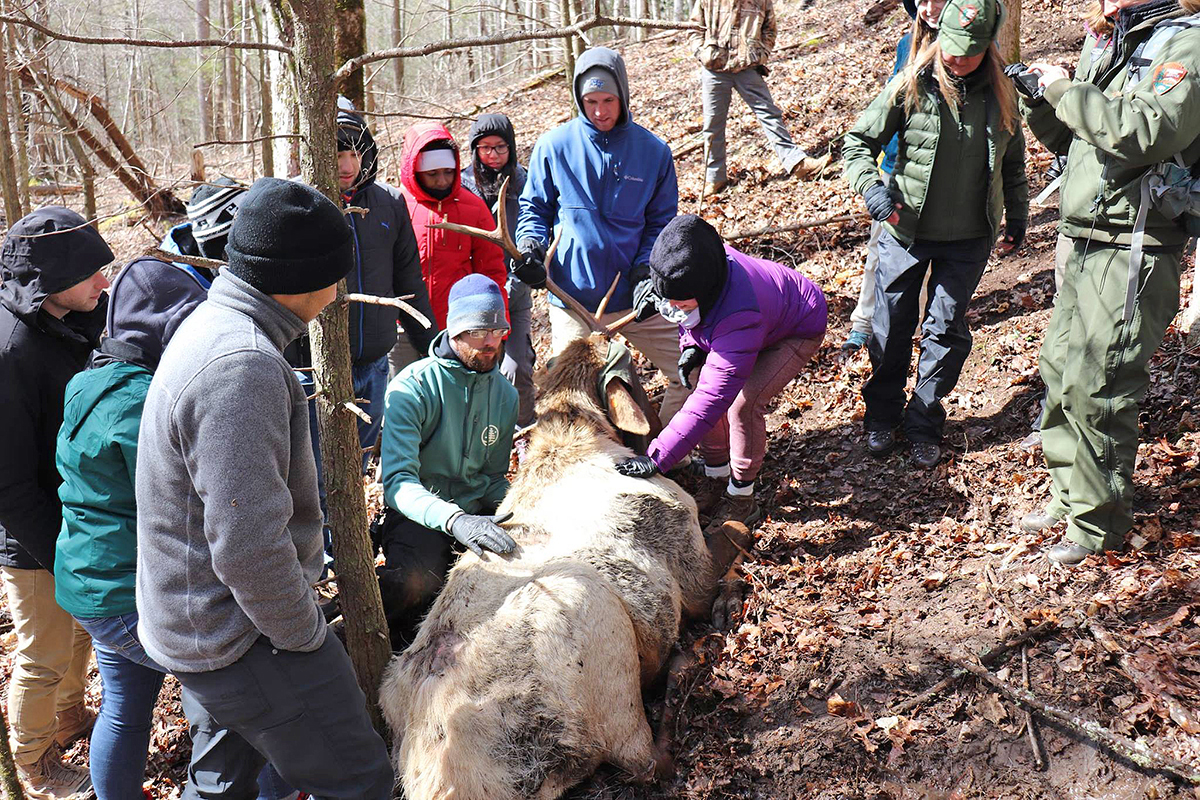 Morris and her students were amazed at the media attention generated by the class.

The park’s news release about the project led to a story by The Associated Press that eventually made its way to markets ranging from Myrtle Beach, South Carolina, to San Francisco, California — and even into Canada — promoting the first-time offering.

“That was crazy,” Keck said. “We didn’t expect it to be all over the country. That was exciting. Hopefully, it will spark other students and colleges to develop a similar course with other national parks.”

Morris has more photos and information on her public Facebook site: https://www.facebook.com/abmorris74.

MTSU has more than 300 combined undergraduate and graduate programs. Biology is one of 11 College of Basic and Applied Sciences departments. 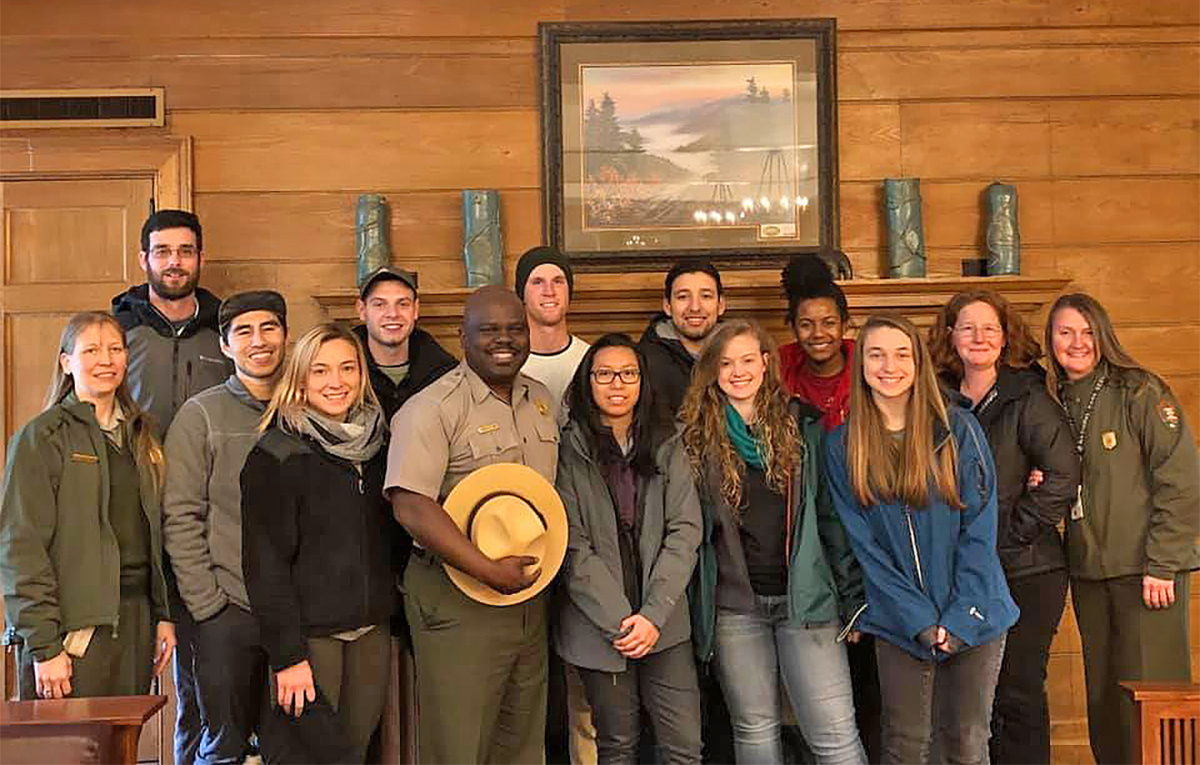 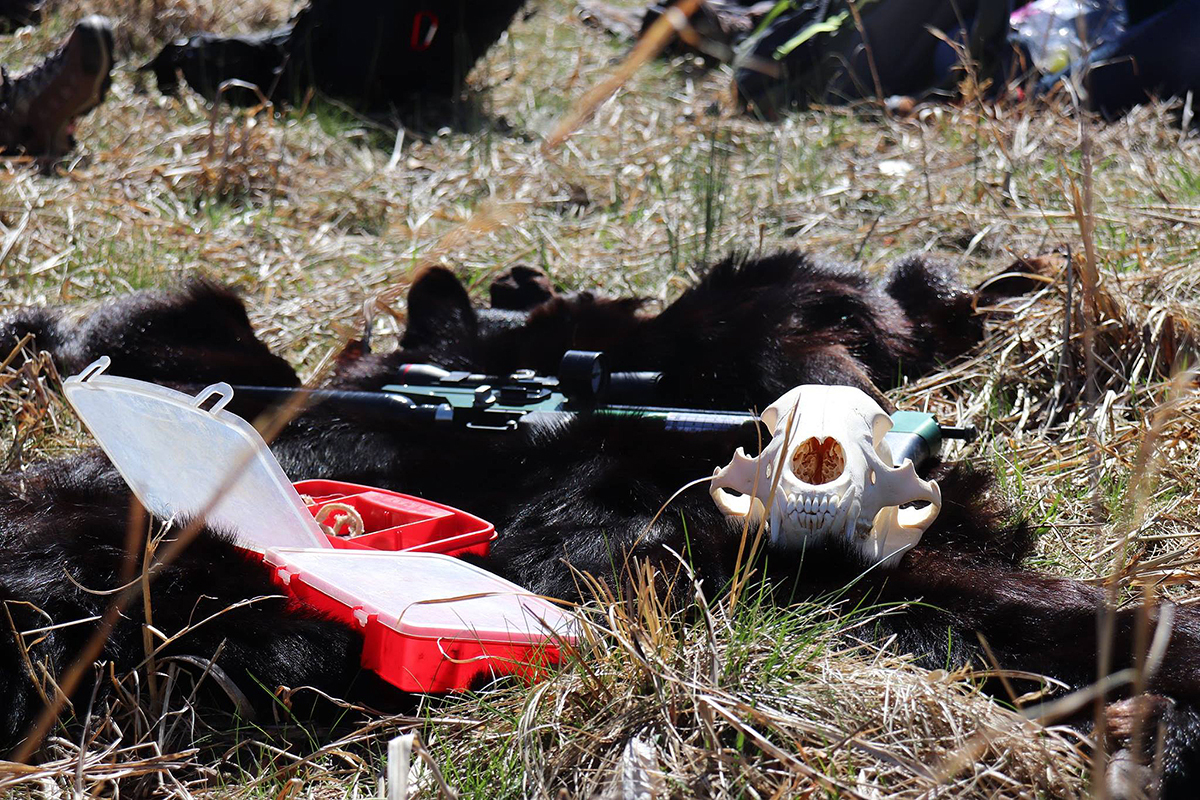