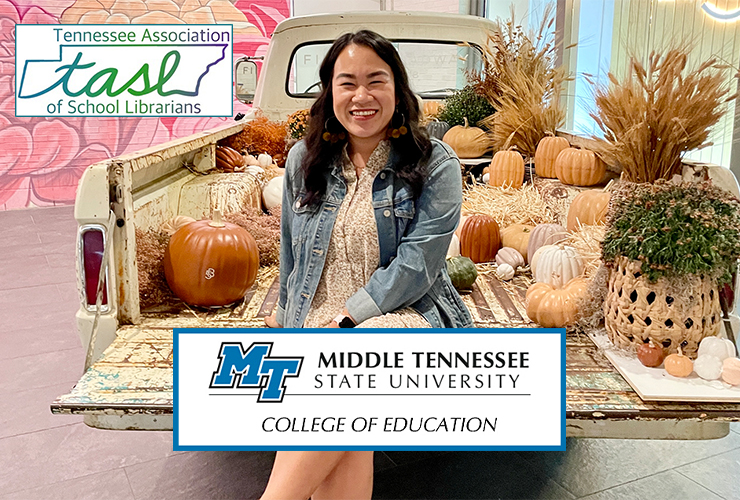 An MTSU student who teaches full time in Metro Nashville Public Schools was recently awarded the first scholarship of its kind at the Tennessee Association of School Librarians conference.

Thipphavanh Souksanh, who is set to graduate from the Master of Library Science program next spring, was awarded the Diversity in School Librarianship Scholarship earlier this month.

The award recognizes the need for school librarians who reflect the diversity of Tennessee’s students, schools and communities, and is given to students from historically underrepresented racial/ethnic groups pursuing a graduate degree in library/information science, according to TASL’s website.

Souksanh, who goes by Tip, was born in a refugee camp in Thailand in the late 1980s. Her family escaped Laos in the early 80s along with almost a tenth of Laos’ 3 million citizens who fled after the country fell to communist forces. Souksanh said her grandfather went to Thailand first before he brought over his family, which included Tip’s mother and three uncles.

Her family was eventually sponsored by Catholic Charities of America, and they were given a choice to resettle in either California, Ohio or Tennessee. She says her mother didn’t know much about any of them, but she is very happy her mother chose Tennessee because she considers Nashville her home.

Souksanh, now 33, enrolled in the MLS program at the beginning of the COVID-19 pandemic, but her journey to eventually become a librarian actually began in sixth grade in Antioch, Tennessee.

“Really, I guess I have always been a library helper,” she said. “I first started in elementary school, but when I was a senior in high school, I chose to work in the library instead of having a study hall.”

In college at Union University in Jackson, Tennessee, she had a work study that was also in the library. She said her passion was always teaching, and becoming a librarian is just an extension of that.

When the pandemic began, Souksanh, like many others, found that she had a bit more time on her hands and started researching programs that would accommodate her full-time teaching schedule at J.E. Moss Elementary School in Antioch. She said she saw a lot of other people returning to college and thought it was time for her to “jump back in” as well.

“MTSU’s program was all online, and that worked for me,” she said. “I reached out to Frank Lambert and he took time with me and answered all of my questions that I had about the program and how I could finish it while working full time.”

Lambert is an assistant professor at MTSU and the coordinator of the MLS program in the College of Education. The program was recently ranked the fourth best online program of its kind by Intelligent.com, up from the 13th spot last year.

“I cannot think of a better student who would serve as a model to earn this scholarship,” Lambert said. “I also think this speaks highly of the quality of the Master of Library Science Program by how it attracts and welcomes outstanding students of all ethnic backgrounds such as Tip, while also providing them an excellent graduate education.”

When Souksanh says she “jumped back in,” she means it. She took three classes during her first semester, which she found challenging since it had been a decade since she had attended college.

“I said to myself, ‘Do I know how to write a paper? Do I know how to cite anymore?’” she said, laughing. “I had to manage my time, and I can say that I did well, but maybe I was a little bit overzealous.”

Souksanh says the program has widened her scope of what she thinks of librarianship. It’s not just school librarians or public librarians, she says, but people who work in archives, museums, and organizational leaders. 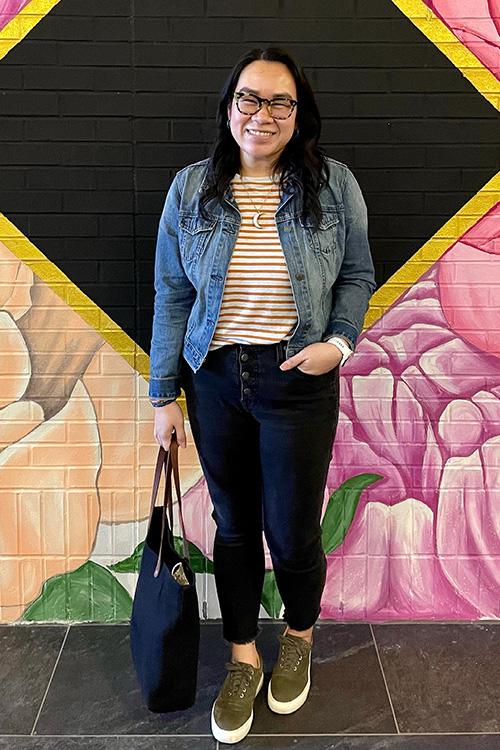 MTSU graduate student Thipphavanh Souksanh, who teaches full time in Nashville, will graduate in spring 2022 from the Master of Library Science program. She was recently awarded the Diversity in School Librarianship Scholarship at the Tennessee Association of School Librarians conference. (Submitted photo)

“It’s been cool to educate my circle of friends about what librarians truly do,” she said. “Some people may think this is a dying career, but they are wrong. I guess if you’re not really in it then you don’t really know the full extent or the responsibilities that librarians have and then how much information we do come in contact with.”

In applying for the Diversity in School Librarianship Scholarship, Souksanh says she looked back to her journey of wanting to become a teacher.

“​Growing up I had majority white teachers,” she said. “Did I ever think that I could be a teacher? Not until I was in middle school, but that’s when I saw a bulk of different kinds of teachers.

Souksanh said one of the core values of librarianship is equity, diversity and inclusion. She says that doesn’t just mean making programs and books available to all people, but also having different things reflected in the materials that are actually on the shelves.

“I try to find books that represent what I look like, what my students look like, and the disabilities I have in my classroom,” she said. “So when people know and learn more about it, they have more of an openness to have conversation with people.”

She said even in her kindergarten class with 5- and 6-year-olds, she tries to have those conversations with her students.

“They’re a lot smarter than a lot of people give them credit for. I want to bring that same mindset of equity, inclusion and diversity into my library to be a space of open conversation.”

Souksanh says her goal in teaching and librarianship is to teach kids to be more inclusive. As a refugee child in the 1980s, she was often left out or teased for being different, and while she doesn’t regret those experiences because they helped shape who she is today, she wants the children she interacts with to value diversity and kindness.

“I love children and being with them in the classroom,” she said. “As a librarian, I’ll get to see a whole school of kids and influence and impact them through literature and help them think for themselves.”

For more information on the MLS program and the other online programs MTSU offers, check out MTSU.edu/online. 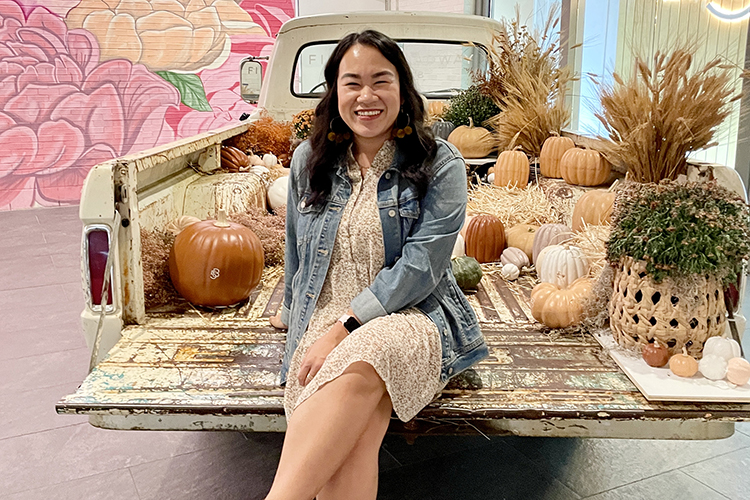 MTSU graduate student Thipphavanh Souksanh, who teaches full time in Nashville, will graduate in spring 2022 from the Master of Library Science program. She was recently awarded the Diversity in School Librarianship Scholarship at the Tennessee Association of School Librarians conference. (Submitted photo)