MTSU Out of the Blue: October ..

‘MTSU On the Record’ gets jazz.. 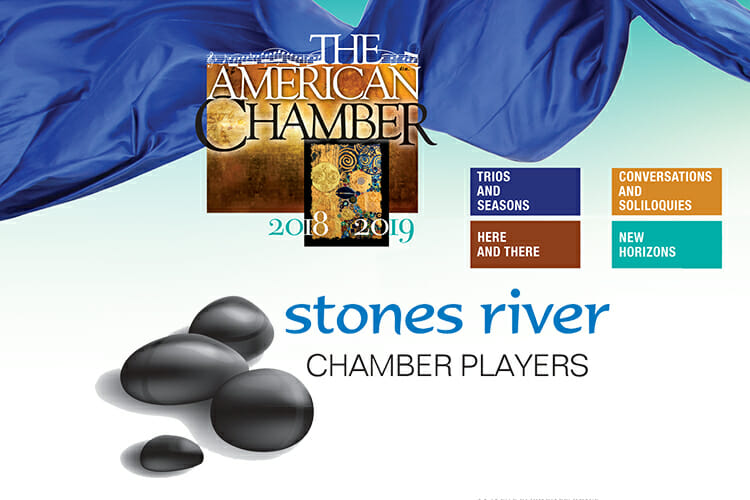 The Stones River Chamber Players, MTSU’s faculty ensemble-in-residence, will put the focus on “The American Composer” in its 2018-19 season, which opens Monday, Oct. 8, with a free concert, “Trios and Seasons.”

The ensemble members, all of whom teach in MTSU’s School of Music, will perform at 7:30 p.m. Oct. 8 in Hinton Music Hall inside MTSU’s Wright Music Building. A campus parking map is available at http://tinyurl.com/MTSUParking.

The opening concert will feature James DeMars’ “Four Songs from the Sonnets” for tenor and piano; Randall Thompson’s “Suite for Oboe, Clarinet, and Viola”; Paul Dukas’ “Villanelle for Horn and Piano”; and Eric Ewazen’s “Trio for Trumpet, Violin, and Piano.”

“I’m very excited about all of our programming this season,” said Dr. Andrea Dawson, SRCP co-coordinator and a professor of violin at MTSU.

“Every concert features at least one piece by an American composer, and all of the works programmed were composed after 1900. In just over a century of chamber works, there is a vast diversity in style, timbre, mood and instrumentation.”

Professors H. Stephen Smith, tenor, and Adam Clark, pianist, will perform the DeMars piece. Smith has a very special connection to the work.

“I first met James DeMars in 2015 when I performed as the tenor soloist in his ‘American Requiem,’” said Smith, a professor of vocal performance and the associate dean of MTSU’s College of Liberal Arts. “I told him if he ever composed a song cycle for tenor and piano, I would love to perform it.

“A different version of these four songs was performed on the campus of Arizona State University. … After that performance, he decided to make some changes. The work professor Clark and I will perform is his new and improved version. DeMars told me that as far as he was concerned, this is the premiere of the piece.”

Dawson will join her colleagues Grace Woodworth on oboe and Todd Waldecker on clarinet to present composer Thompson’s “Suite.”

Waldecker, who noted Thompson’s recognition as “the Norman Rockwell of American music,” said this particular composition is one of his favorites to perform “and a joy to share with audiences.”

Professors Angela DeBoer and Eunbyol Ko will then take the stage on horn and piano, respectively, for Dukas’ “Villanelle,” which DeBoer said is historically significant because of its use as the final exam for horn students at the Paris Conservatory in 1906.

“This is the first piece ever allowed by the Conservatory to incorporate valve horn for the final, even though the rest of Europe had been playing valve horn for decades,” DeBoer explained.

“They were so recalcitrant to include the horn officially in their curriculum prior to this year that the horn students had secret after-hours lessons on valve horn so they could graduate and play the modern literature.”

Dawson will return with her violin for the evening’s final piece, performing with trumpet professor Michael Arndt and piano adjunct Sandra Arndt on Ewazen’s “Trio.” Michael Arndt said the piece, first performed at the Julliard School in 1994, is “modeled after Johannes Brahms’ ‘Trio for Horn, Violin and Piano’ … and “calls on colorful virtuosity of all performers.”

The Stones River Chamber Players’ season will continue with:

Each of the performances is free and open to the public.

You can learn more about the Stones River Chamber Players at www.mtsu.edu/music/srcp.php. For details on more MTSU School of Music performances, call 615-898-2493 or visit the Concert Calendar online.