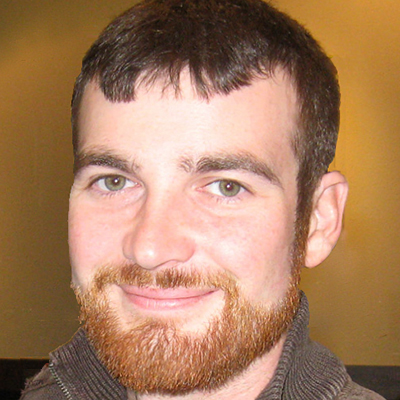 MTSU junior Sean Martin has many reasons to look forward to the new year, chief among them his appointment to Tennessee Gov. Bill Haslam’s new Veterans Education Task Force.

The panel of 10 individuals from higher education and politics is scheduled to conduct its first meeting from 11 a.m. to 3 p.m. Wednesday, Jan. 8, 2014, in Meeting Room K of the Tennessee Tower, 312 Rosa L. Parks Ave. in Nashville.

Martin, the only student on the task force, served in the U.S. Marine Corps from 2005 to 2009 and was a police transition team adviser for Iraqi police departments in the al-Anbar region from March through October 2008.

“Sean is a natural fit for the task force,” said Dr. Hilary Stallings, manager for recruitment and resources for the MTSU College of Liberal Arts and an adviser to the task force.

“He is a gifted researcher and spokesperson and has a deep desire to improve the lives of veterans.”

The 27-year-old sociology major from Chester, Ill., who was nominated to the task force by Stallings and approved by a committee, already has ideas to improve conditions for veterans at the state’s colleges and universities.

“Private institutions have gone above and beyond, more than the public institutions,” said Martin.

Martin cited money as a major concern for veterans, explaining that a “fight-or-flight” response kicks in with many veterans in the first two months of college and they could drop out if they face a financial shortfall.

All financial paperwork from all agencies currently must be completed and processed before any money can be disbursed to the veterans, he said. Instead, the MTSU student would like to see money disbursed as each agency completes its own process.

“I know few people who have a better understanding of the theory behind veteran education policy, as well as holding a long-term perspective as to how these laws play out in practice,” Stallings said.

“Every vet defended the entire country, not just his home state,” Martin said.

MTSU has been recognized for its support for student-veterans by Military Times in its “Best for Vets: Colleges 2014” rankings and by G.I. Jobs magazine, which placed MTSU in September on its 2014 Military-Friendly Schools List for the third consecutive year.

MTSU was the first school in Tennessee with an on-campus representative for VetSuccess, a collaboration between the university and the U. S. Department of Veterans Affairs to provide a place where students with military service can gather to obtain assistance and peer support. The university also has a standing Veterans and Military Affairs Committee, as well as the student-led veterans group, Blue Raider American Veterans Organization, or BRAVO.

While MTSU does a good job helping student-veterans, Martin said all institutions could do better tracking retention and graduation rates among veterans.

Tennessee Veterans Affairs Commissioner Many-Bears Grinder has reported that approximately 35 percent of Tennessee’s veterans have some college credits or an associate degree. Only 22 percent, however, have a bachelor’s degree.

“We have the ability to set programs and policies in place,” Martin said of the governor’s task force. “They sound like they’re ready and willing to start making these moves.”

Martin also is forthcoming about his struggle with post-traumatic stress disorder and said he goes to therapy once a week. While he is open about his disability, he said he worries about some veterans who are less than open about their service.

Martin said some vets go underground and refuse to admit that they’re veterans, even forgoing government benefits, because they are worried that society still holds negative views of former military personnel.

That’s why he said he wants to see a statewide peer-mentoring network of veterans who can address each other’s issues with understanding that only comes with experience.

“Advocacy is a lifelong calling for Sean,” said Stallings. “He has been at this well before the task force and, I strongly suspect, will continue long after.”

For more information about the Veterans Education Task Force, contact Martin at 615-618-5808 or VETForceStudentRep@mtsu.edu.

Garrett Cushman, left, a senior criminal justice major at MTSU as well as a veteran of the Army National Guard, talkes about graduate studies options with Dr. Amy Sayward, faculty assistant to the dean in the College of Graduate Studies, at the Nov. 7 BRAVO Veterans Job Fair in the Student Union Ballroom. (MTSU photo by Darby Campbell)