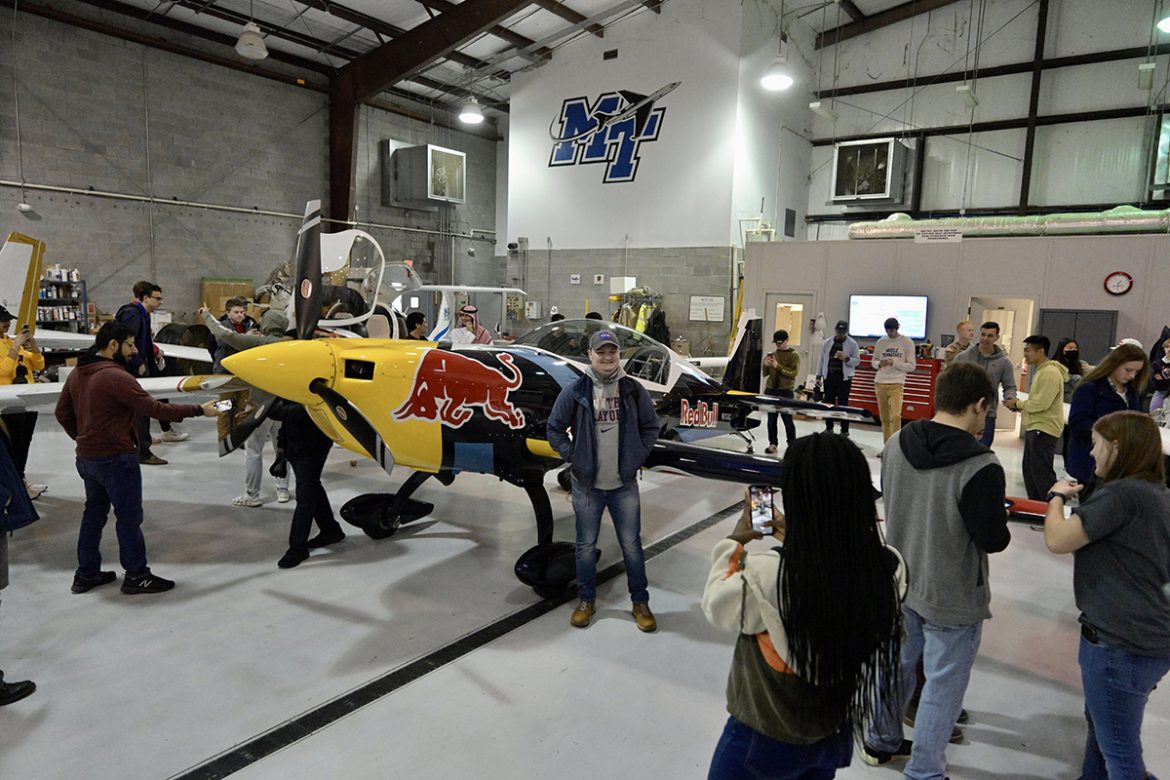 The Red Bull Paper Wings event is making a return visit to Murfreesboro next week — seeking MTSU students wanting to compete in a local qualifying event.

The qualifier — to find winners with the most airtime with a paper airplane and the distance the plane travels — takes place starting at 4 p.m. Thursday, March 3, in the Donald McDonald Hangar at the MTSU Flight Operations Center at Murfreesboro Airport, 1940 Memorial Blvd. 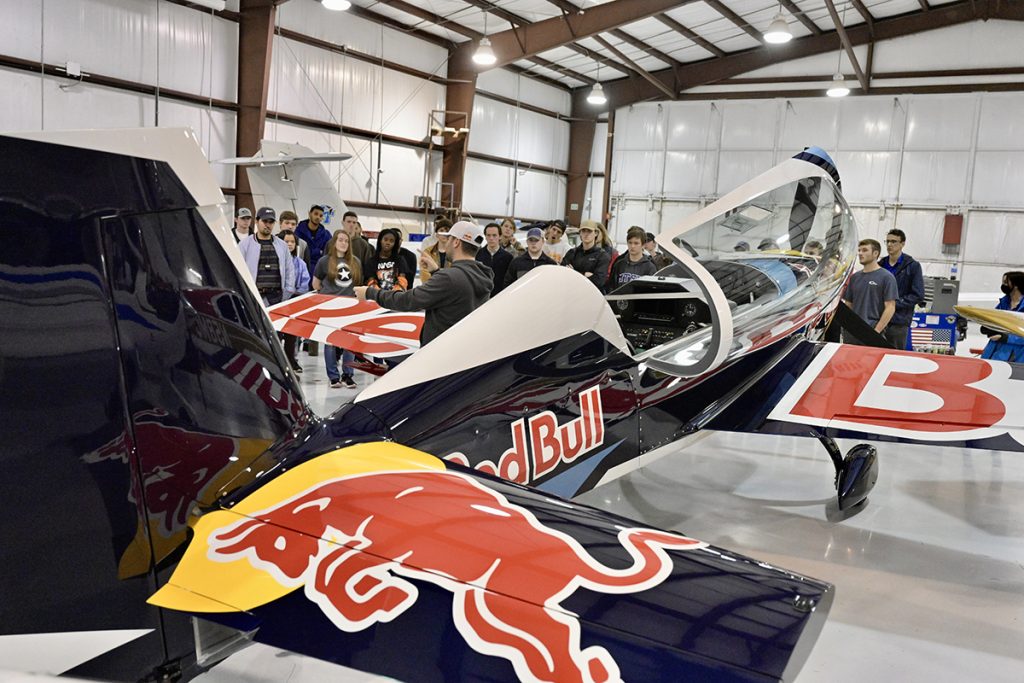 The company, known for its energy drinks, did not hold qualifiers, regional or international events in 2020-21 because of the pandemic. Masks will be recommended inside the hangar. MTSU faculty, staff and nonparticipating students are welcome to watch.

“Anybody enrolled at MTSU is welcome to participate,” said LoTempio. She recommends participants register in advance, though there will be same-day registration in the hangar. To register, go here.

To raise awareness in the Paper Wings event, Coleman planned to fly former U.S. gymnast Shawn Johnson on Wednesday, Feb. 23, at Murfreesboro Airport, but it was canceled because of inclement weather. Johnson earned Olympic gold and silver medals in 2012.

For more information, contact LoTempio by calling 615-890-5755 or email Savannah.Richardson@mtsu.edu or Pocopanni by calling 615-559-8144 or email Jasper.Pocopanni@redbull.com. 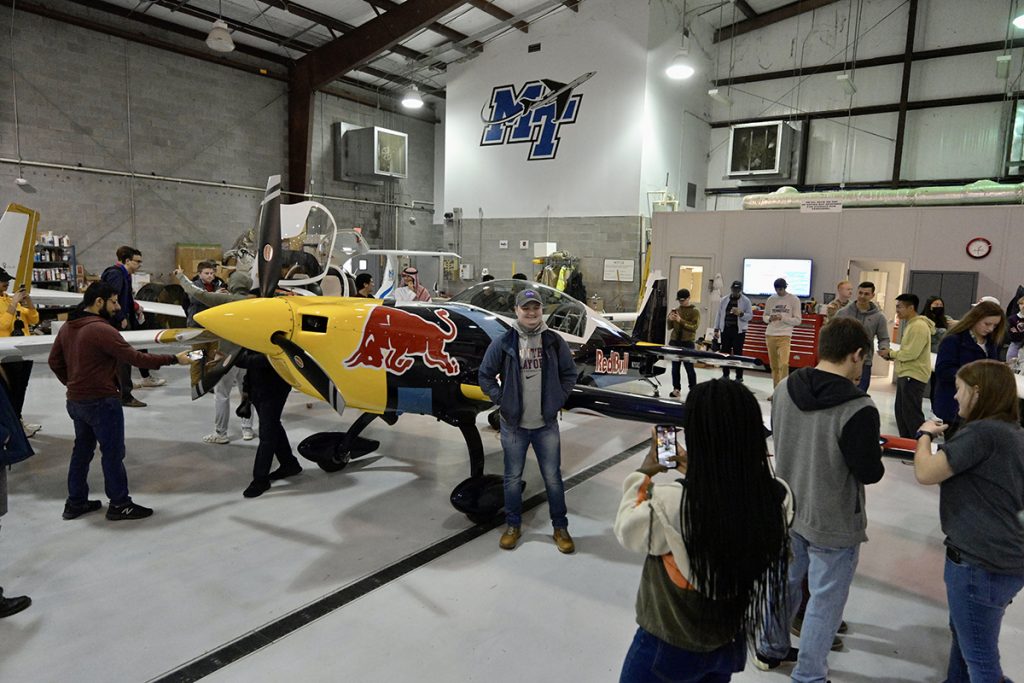 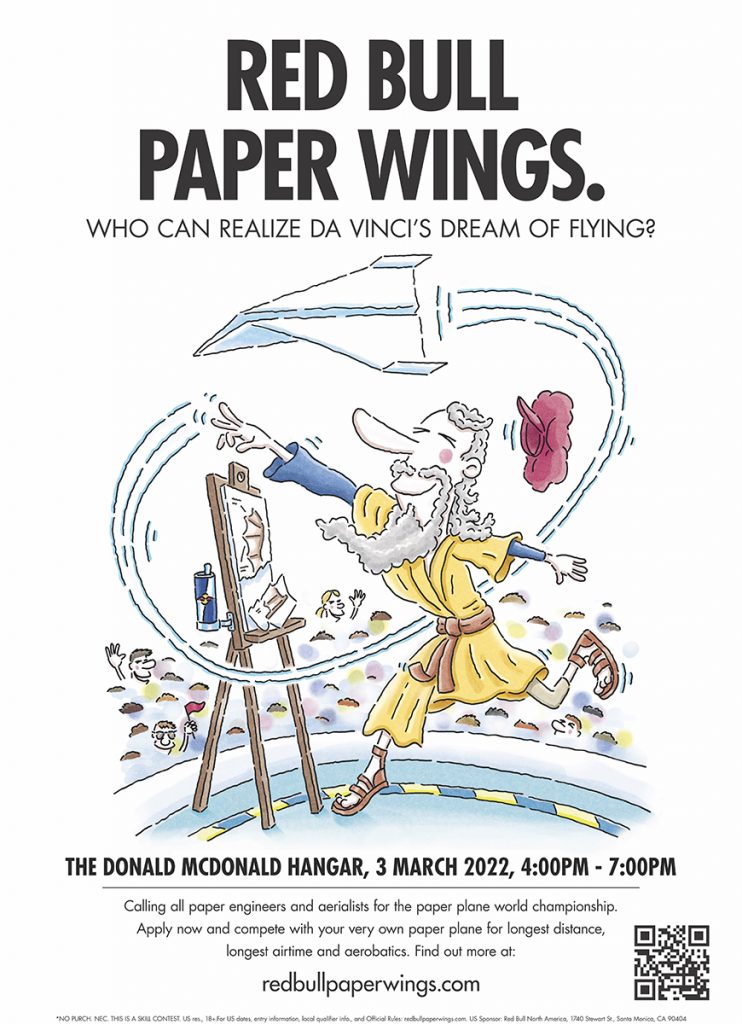