Keith McElroy grew up in Pulaski, Tennessee, and knew about Middle Tennessee State University, about 90 minutes away in Murfreesboro. He had no idea he and MTSU would connect years later.

McElroy learned to play trumpet and became so good at it that, after joining the U.S. Army, he became a member of the Army Band and used the two to travel the world. He spent a year in Korea and seven years in Germany, arriving shortly after the Berlin Wall came down in November 1989. 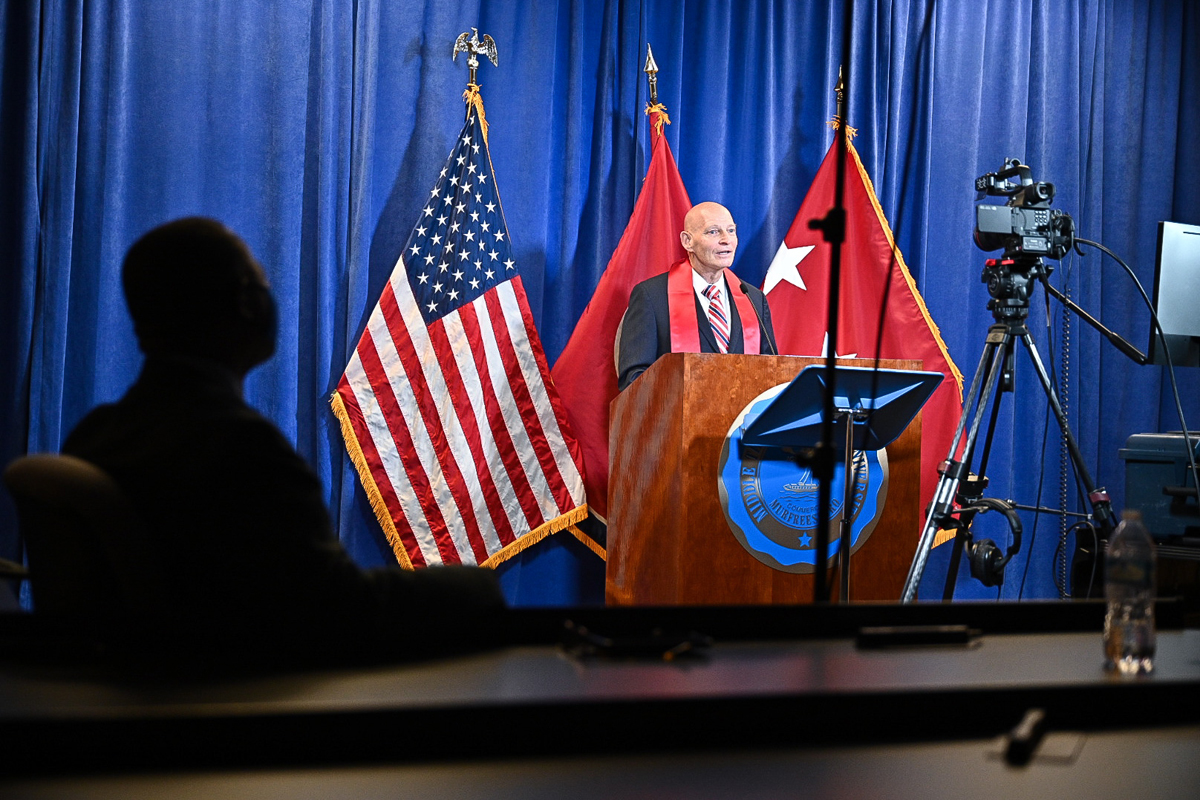 McElroy, 57, of La Vergne, Tennessee, was joined Wednesday, Aug. 5, by other graduating veterans in a virtual stole ceremony broadcast on MTSU’s and the Charlie and Hazel Daniels Veterans and Military Family Center Facebook Live platforms, the university’s True Blue TV cable channel and can be viewed later on the MTSU YouTube channel. 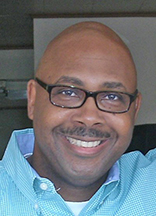 With a 3.6 GPA in business administration and an economics minor in the Jones College of Business, McElroy will graduate with more than 800 other MTSU students Saturday, Aug. 8, in the university’s second virtual commencement as the coronavirus pandemic continues to restrict large in-person gatherings. 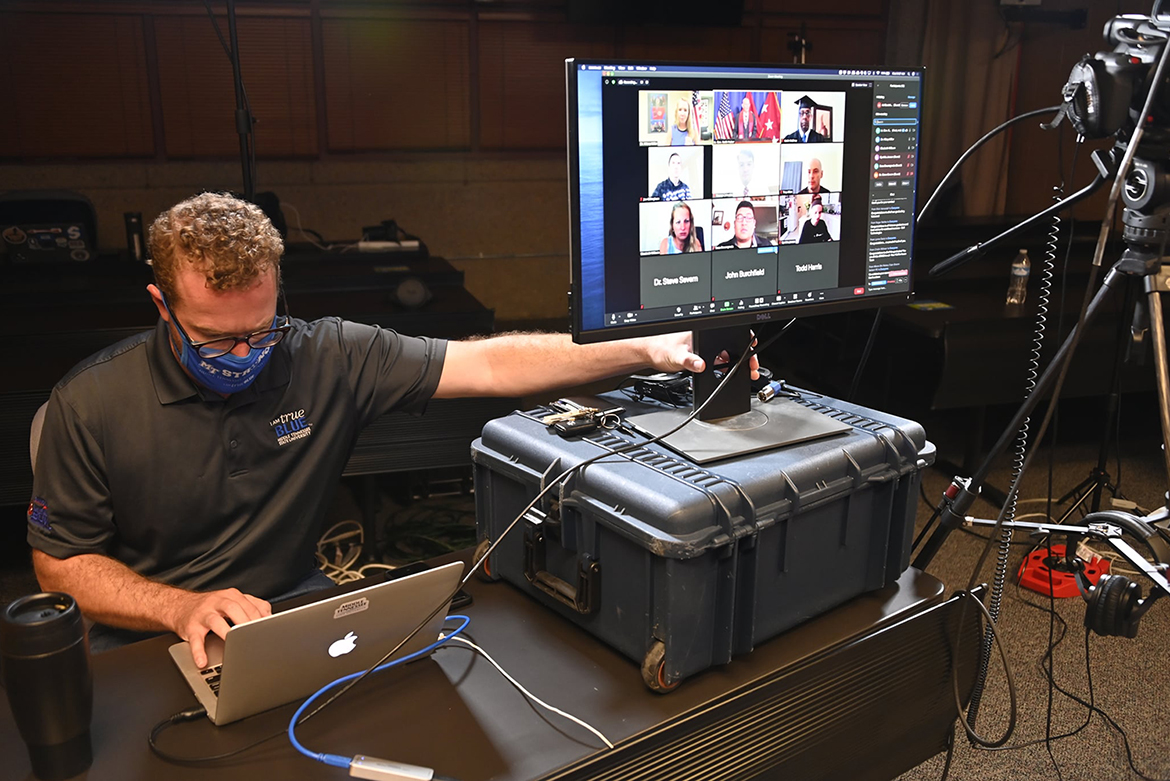 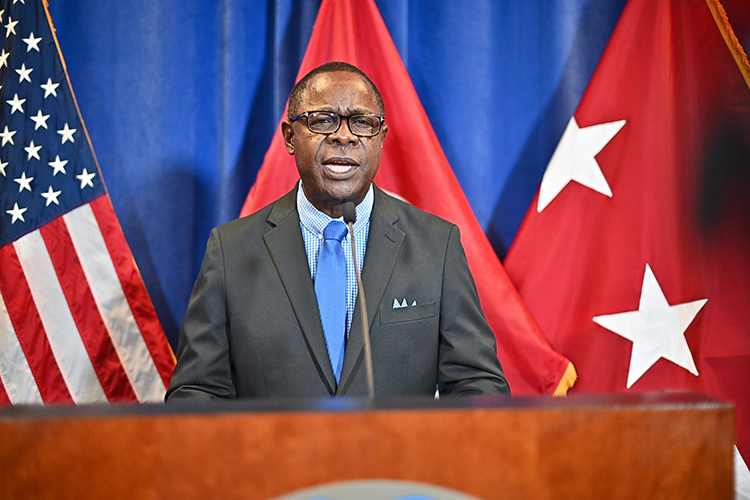 MTSU President Sidney A. McPhee thanks graduating veterans “for your selfless service to our great nation” Wednesday, Aug. 5, during the virtual Graduating Veterans Stole Ceremony in the Learning Resources Center. (MTSU photo by J. Intintoli)

McPhee thanked them “for your selfless service to our great nation.”

“We do this to pay tribute to an extraordinary group of student veterans,” he added. “It is a distinct honor. … MTSU has a long history of embracing veterans and their families, and helping them navigate to their next career path. We are deeply humbled to give back to you and your families and to convey our gratitude for the tremendous personal sacrifice you’ve made for our country.”

The president paid tribute to Charlie Daniels, who died July 6 at the age of 83, and his family, including wife Hazel Daniels and son Charlie Daniels Jr.

“We remain grateful to his legacy and to his continued support (of the Daniels Center),” McPhee said.

“With a full heart and determination, we want to continue our relationship (with MTSU), continue our mission and that is to work with all of you in your rehabilitation, your reintegration back into civilian life and this is something we are very proud of.”

“… I say this from the bottom of my heart, that Charlie, with all of his accolades — his CMA awards, Grammys and Dove Awards, he won awards in every category — the Charlie and Hazel Daniels Center was his greatest accomplishment,” Corlew added. “It was something that made him feel full, like he had played a small part in supporting the United States military, which he believed that the military and God was our protection against evil in this world today.” 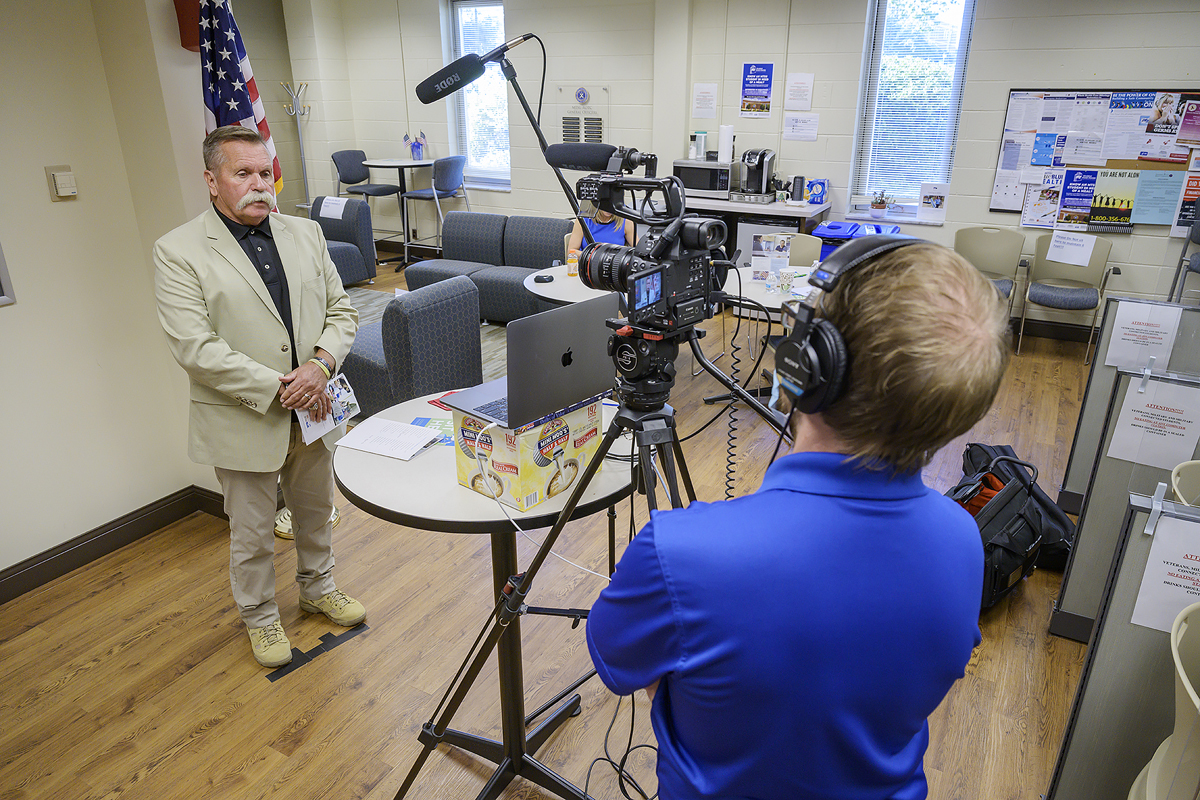 David Corlew, left, Journey Home Project co-founder along with the late music legend Charlie Daniels, shares how the organization will continue its relationship with the Daniels Veterans Center, as Joe Poe in MTSU Marketing and Communications videos this portion of the Aug. 5 Graduating Veterans Stole Ceremony in the center’s KUC office area. (MTSU photo by Andy Heidt)

Huber emceed the event, praising the graduating veterans, MTSU’s administration and strong support from companies like Hiller, Dell, Amazon, Nashville Soccer and others.

“Our student veterans have been loyal and leadership faithful,” he said.

Graduating student veterans able to participate were introduced into the virtual ceremony by Hilary Miller, the Daniels Center director, and allowed to share their military experience and earned degrees via computer or smartphone.

Wearing his cap and gown for the ceremony, McElroy, told the virtual audience “it was a joy to have been at MTSU.” McElroy, who has worked in banking, insurance and restaurants after retiring as a U.S. Army staff sergeant, added that the MTSU educational experience “has been great.”

McElroy, who has worked in banking, insurance and restaurants after retiring as a U.S. Army staff sergeant said the MTSU educational experience “has been great.”

“It has given me a sense of pride” and respect he feels from wife Tracy, daughters Ashley McElroy, 24, and Wynter McDaniels, 21, and son Wesley McDaniels, 18, he said.

He has been in school full time, challenged by faculty members Tim Graeff, Cheryl Ward, Pramod Iyer and Randy Clark. After graduation, McElroy hopes to land a job in marketing, but also is considering graduate school at Southern Illinois University-Edwardsville.

MTSU’s Daniels Center, the largest and most comprehensive veterans center on any Tennessee higher education campus, is located on the first floor of the Keathley University Center. To learn more about the veterans center, call 615-904-8347 or visit https://www.mtsu.edu/military/. 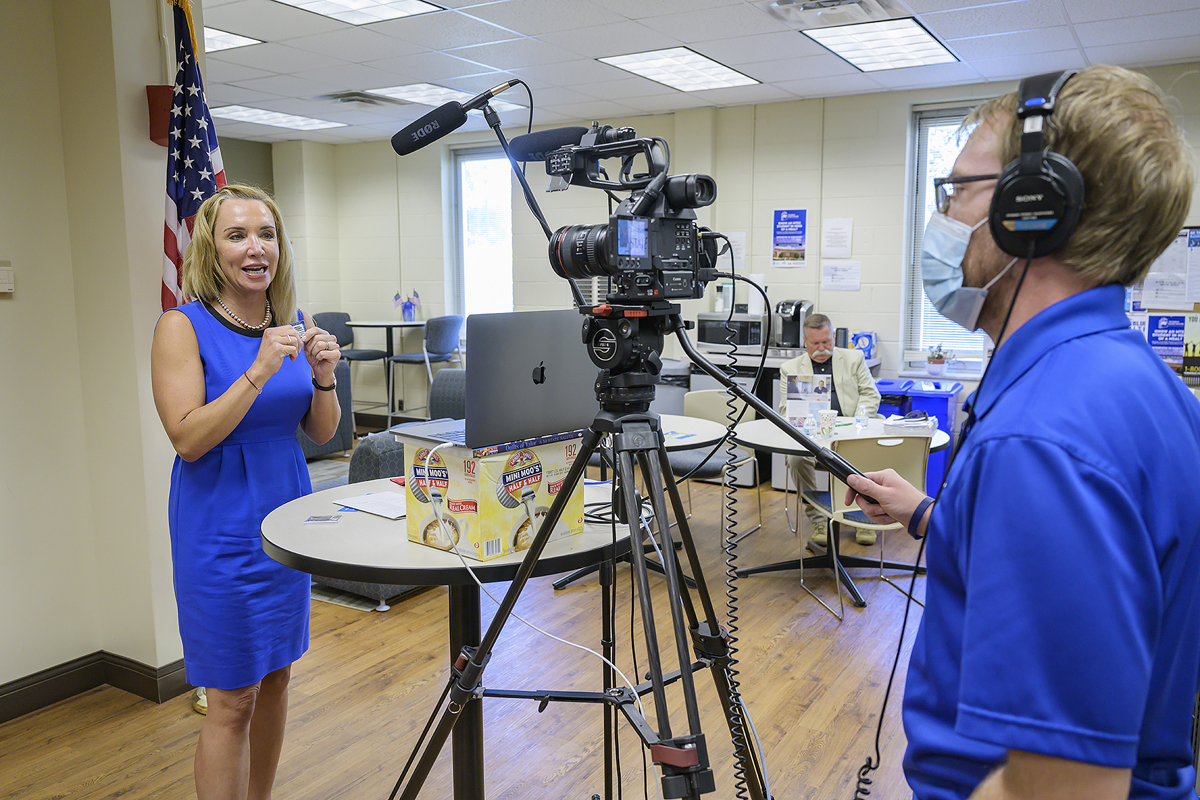