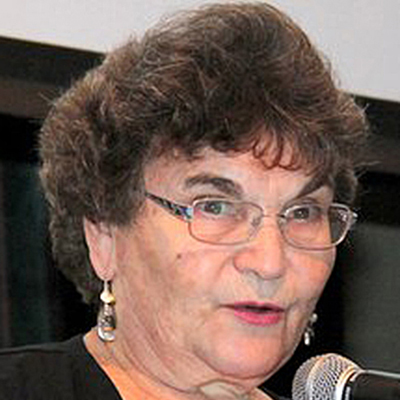 Potential inclement weather has forced the cancellation of today’s planned lecture from Frances Cutler Hahn, a survivor of the horrors of the Third Reich, in observance of Holocaust Remembrance Day.

“We regret the inconvenience, but the potential safety of our speaker and audience are of primary importance,” Rupprecht said, referring to weather forecasts that included a flash-flood watch for Rutherford and adjoining counties and the potential for severe thunderstorms.

Hahn was born to Polish parents in 1936 in France just before the Nazi occupation of Paris. They put her in a children’s home at the age of 3 to save her life.

Hahn’s mother was initially taken to Camp Drancy, a detention camp, and later to Auschwitz, where she was murdered at the age of 28.

Fearing losing his daughter the same way, Hahn’s father placed her with a Catholic farming family for the duration of the war. He succumbed to his war injuries in 1946 at age 35.

Following the war, Hahn lived in orphanages until the Hebrew Immigration Aid Society arranged for her to travel to Philadelphia in 1948 at age 10.

Hahn donated her personal collection of documents to the United States Holocaust Memorial Museum in 2013.

The collection includes copies of photographs of her parents, letters to their family in Poland, photographs of Hahn in wartime children’s homes and postwar orphanages and documents relating to her emigration to the United States.

For more information, contact Dr. Elyce Helford at elyce.helford@mtsu.edu. You also can listen to part of a Nashville Public Radio interview with Hahn and read excerpts from it here.