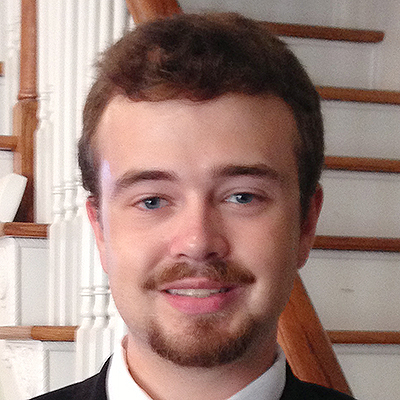 An inspiring author’s story stirred an MTSU student to reach for his computer — not to blog or email, but to compose a unique piece of music that the MTSU Symphony Orchestra will perform for the first time Sunday, Oct. 20, at 4 p.m.

Blair Boothe’s “Perils of the Pearl” will have its world premiere in Hinton Hall inside MTSU’s Wright Music Building. The concert is free and open to the public

Boothe, a Culleoka, Tenn., trombone player who’s now a sophomore majoring in music education in MTSU’s School of Music, read Dr. Tori Murden McClure’s book “A Pearl in the Storm” when he was a freshman as part of the university’s 2012 Summer Reading Program.

The national bestselling memoir chronicles McClure’s three-month solo trip in a rowboat across the Atlantic. In addition to her solo Atlantic adventure, she is the first woman to ski overland to the South Pole.

Inspired by McClure’s adventure and the hardships she was willing to endure to accomplish her dream, Boothe composed a piece for orchestra and organ in just a couple of days.

It wasn’t his first major work; the Columbia Wind Symphony premiered his wind-ensemble composition “RAM,” written during his senior year at Columbia Central High School and dedicated to his high school band director.

“‘RAM’ was very well received then, and ‘Perils of the Pearl’ also has been received well,” Boothe said. “Everyone’s given me compliments about the (Pearl) piece.”

MTSU President Sidney A. McPhee heard about “Perils of the Pearl” and asked Boothe to join a special luncheon to meet McClure, who also is president of Spaulding University in Louisville, Ky., before her speech at the 2012 University Convocation.

At the luncheon, Boothe presented McClure with a digital copy of the composition her struggles inspired. A surprised McClure told the young musician that she was deeply honored by having someone write music for the first time in response to her book.

Boothe then asked MTSU Symphony Director Carol Nies to evaluate his composition. She acknowledged the score’s excellence and arranged for its premiere by the MTSU Symphony.

Boothe’s musical involvements at MTSU include the Band of Blue, principal trombone for the MTSU Symphony Orchestra and the MTSU Wind Ensemble. He also performs with Bone Therapy, a Nashville trombone choir, the Columbia, Tenn.-based swing band Merchants of Cool and the Maury County Community Band.

While involved in the strong band program at Columbia Central, Boothe formed the Liberty Brass Quartet and the Columbia Brass Ensemble that perform for the Maury County community in several concerts each year. He continues performing with the quartet and conducting the Brass Ensemble.

The premiere will be a dream come true for Boothe, who said he hopes to go on to direct a high school band program and then a university band program.

“I am finishing the final touches on a piece for brass ensemble about Ancient Rome now,” he said.

For more information on the MTSU Symphony Orchestra and other MTSU School of Music performances, call 615-898-2493 or visit the Concert Calendar at www.mtsumusic.com.

The MTSU Symphony Orchestra, shown in concert in Hinton Hall inside the Wright Music Building, will premiere sophomore Blair Boothe’s composition, “The Peril of the Pearl,” in a free public concert Oct. 20 at MTSU. (MTSU file photo)