TBR votes to increase student tuition and fees for...

MTSU's Tang named Fellow of in..

TBR votes to increase student tuition and fees for 2014-15 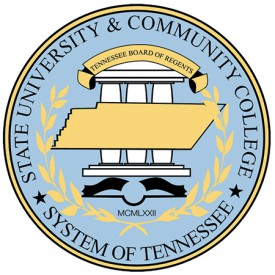 NASHVILLE — The Tennessee Board of Regents has approved a recommendation to increase tuition and fees at its institutions this year, including a $348 increase for full-time students at MTSU.

Among other actions at its June 20 meeting, the TBR approved the Finance and Business Operations Committee’s recommendation to increase hourly maintenance fees 5.8 percent at the 13 community colleges across the state, 8.5 percent at the 27 Tennessee Colleges of Applied Technology, and ranging from 0 to 6.9 percent at the six TBR universities.

Construction on MTSU’s new $147 million Science Building, shown here in May 2014, remains on schedule for it 2014-15 official opening. Construction on the building began in May 2012. (MTSU file photo)

The 5.3 percent tuition increase for MTSU means a student taking 15 credit hours will pay $330 more per year in tuition, plus an $18 mandatory fee increase.

Because of an unexpected decline in state revenue collections, the outcomes-based funding formula used to allocate state appropriations was not fully funded this year. As a result, fee increase recommendations were higher than planned, a point expressed by TBR Chancellor John Morgan.

“Had the state been in a position to fund the improved outcomes, the recommended rate increases you see here would have ended up at roughly half of what they are,” Morgan said.

“We have continued to talk about the need for us as a state to really have an opportunity to strategically look at how we’re going to finance the higher education aspirations that we have so clearly understood as necessary for the future of our state.

“There are basically four ways to finance the activity that we undertake: tuition that we ask students to pay, state appropriations, private fundraising, and efficiency —finding ways to do the business we do in a more productive fashion.

“What the right mix of those resources are needs to be carefully considered. What is realistic in terms of looking forward to a tuition policy not just on an ad hoc basis, but looking toward the future horizon several years out when in terms of financial planning for doing what the state needs us to deliver?”

When combined with mandatory fees — which are unique to each campus and include fees for athletics and student activities — already approved, the proposed increases for students taking 15 credit hours will amount to:

A list of increases for 2014-15 and the new price students will pay can be found here.

The two-day meeting at Tennessee State University also included a number of other agenda items, including information reports and committee updates.

Regents heard about programs to increase efficiency and effectiveness at TBR institutions.

Tennessee’s Community Colleges reported on their efforts to establish common curricula for degree programs offered by a majority of the 13 community colleges, including programs like computer information technology, EMT/paramedic training, business management, and medical informatics, among others.

The effort will ensure that courses are aligned across the system so students can transfer seamlessly from one institution to another and employers can expect more consistent workforce preparation. The colleges are also collaborating to align their business processes to operate more efficiently as a system.