In the News: Cross burning, El.. 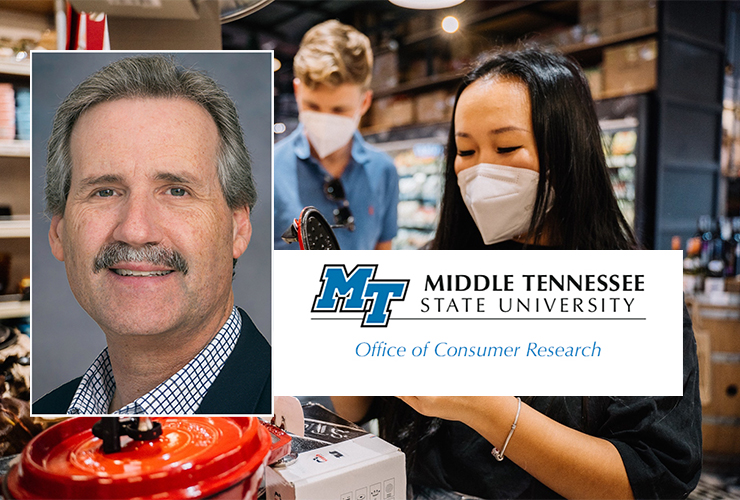 The outlook among Tennessee consumers of the current and future economy has plummeted following the recent presidential election and as COVID-19 cases continue to explode across the state, according to the latest statewide survey by Middle Tennessee State University.

On the heels of summer and fall gains as the nation rebounded from the economic impact of COVID-19, the Tennessee Consumer Outlook Index returned to negative territory, dropping to -58 in December from 44 in September, reports the Office of Consumer Research in the Jennings A. Jones College of Business at MTSU.

“Of most significance is the eroding outlook for the future, which had remained steady during the year,” said Tim Graeff, marketing professor and director of the Office of Consumer Research. “Recent improvements in outlook as the economy began to rebound from the pandemic have now been negated. Such negative views and outlook have led to more hesitant views regarding spending.”

For the majority of this past year following the onset of COVID-19 and the accompanying economic shutdowns, Tennessee consumers remained optimistic about the future economy. However, such optimism has now faded, the report noted. 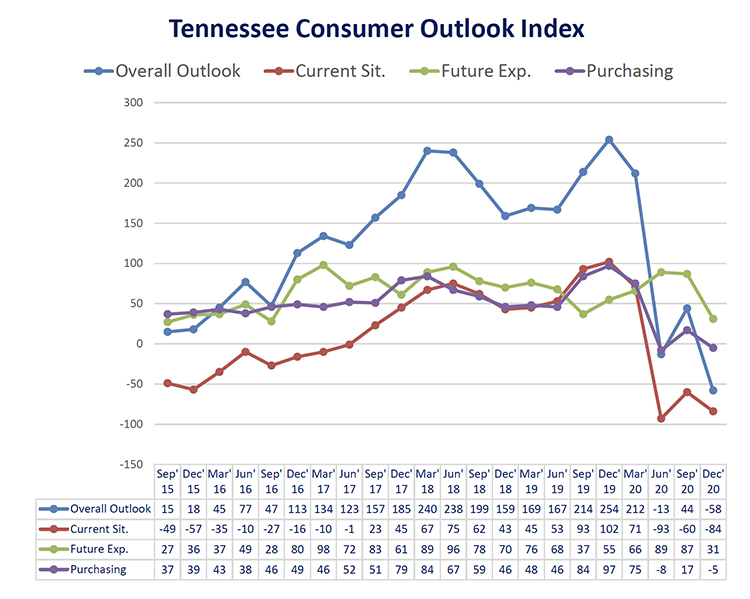 This chart shows results of the overall Tennessee Consumer Outlook Index and sub-indices since September 2015. The December 2020 index plunged back into negative territory to -58 from 44 in September. The index is measured quarterly. (Courtesy of the MTSU Office of Consumer Research)

“Even with good economic news of recent gains in the stock market, approval of COVID-19 vaccines, peace deals in the Middle East, declining unemployment, and record gains in GDP, the recent election seems to have put a damper on consumers’ outlook for the future,” Graeff said.

Tennessee voters again voted heavily for Trump, giving him 60% of their vote, compared to just over 37% for Biden.

“Fears of rising taxes on individuals and businesses, concerns about potential policies threatening American jobs, and continued uncertainty regarding the election have dulled consumers’ outlook for the future and spending,” Graeff continued. 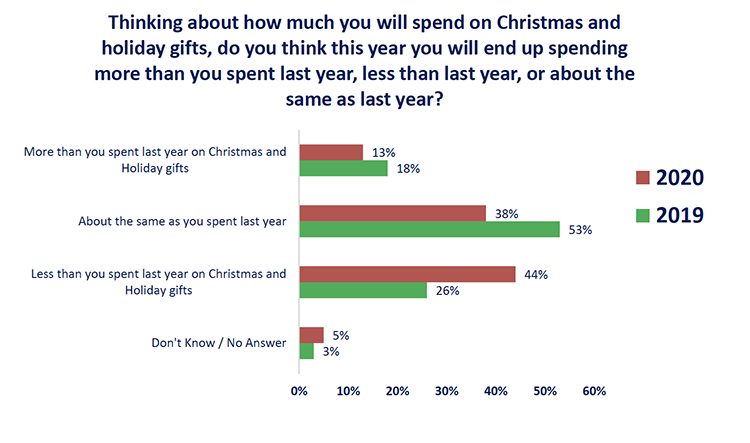 As expected, online shopping is increasing in popularity as many consumers have chosen to avoid large crowds as pandemic numbers across the state continue to rise, currently putting Tennessee at or near the top of the list of states with the highest rate of new COVID-19 cases.

Graeff reported that December’s survey showed a net decrease for all 11 questions that make up the overall index.

“Taken together, these results are sobering news for Tennessee businesses and consumers,” Graeff said. “This foreboding decline in outlook for the future could signal decreasing consumer spending.”

The current online surveys of 588 randomly selected Tennessee adult residents were conducted Dec. 9-20 and has an error margin of 4%. To see the full report and previous reports, go to https://www.mtsu.edu/consumer/tnoutlookreports.php. 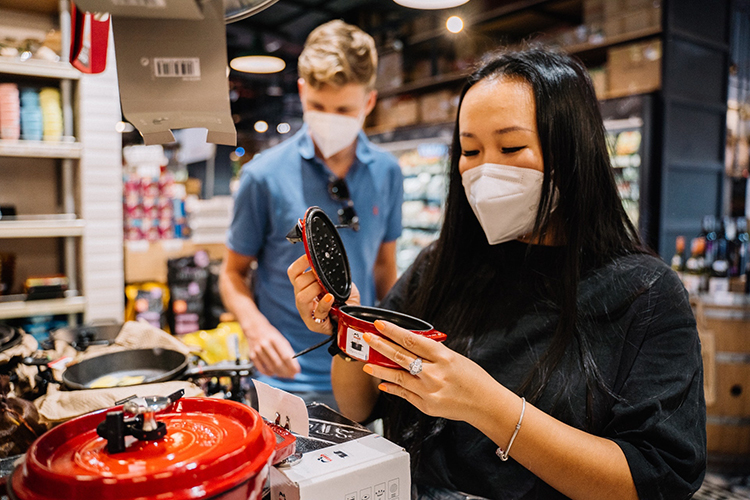 The latest Tennessee Consumer Outlook Index showed a growing pessimism among the state’s consumers following the November election and as COVID-19 cases spike statewide. The latest survey by the MTSU Office of Consumer Research also showed that 76% of consumers believe it’s important to wear masks in public. (Photo by Anna Tarazevich from Pexels)