Results from the most recent Tennessee Consumer Outlook Survey by MTSU indicate consumers’ outlook on the economy has improved modestly following a steady decline from an all-time high this time last year.

The Tennessee Consumer Outlook Index improved to 169 from 159 last December, reports the Office of Consumer Research in MTSU Jones College of Business.

“This offers good news to Tennessee businesses and retailers as consumers shift toward a more optimistic view of the economy,” said Tim Graeff, marketing professor and director of the Office of Consumer Research.

The current online survey of 627 Tennessee consumers was conducted March 4-10.  To see the full report and previous reports, go to https://www.mtsu.edu/consumer/tnoutlookreports.php. 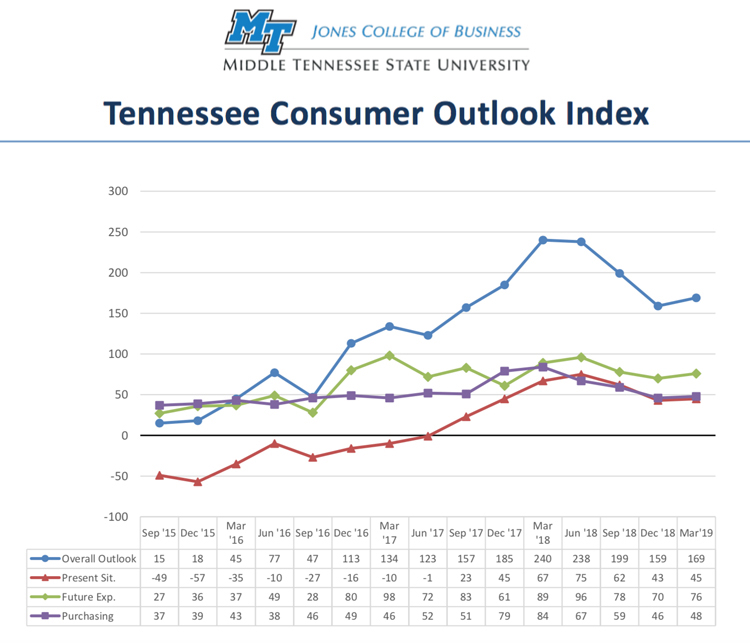 This chart shows results of the overall Tennessee Consumer Outlook Index and sub-indices since September 2015. The March index improved to 169 from 159 in December. The index is measured quarterly. (Courtesy of the MTSU Office of Consumer Research)

Graeff notes that even though the current results “show only a modest improvement in overall outlook, this mirrors the recent trend found nationally by the Conference Board, which found an increase in consumer confidence nationally after observing three months of decline.”

The Conference Board is a nonpartisan think tank that surveys U.S. consumers each month to produce a Consumer Confidence Index.

This chart compares the overall Tennessee Consumer Outlook Index by geographic region in March 2019. The index is measured quarterly. (Courtesy of the MTSU Office of Consumer Research)

For the MTSU survey, a number of factors contributed to improvement in consumer outlook:

“Fears of a major government shutdown and its possible negative effects on the economy appear to be alleviated, at least for the time being. In addition, recent improvements in the stock market have also helped to alleviate fears of an economic slowdown,” Graeff said.

“This is especially so following the wild fluctuations in the market observed at the end of last year.”

The latest results, while good news for local businesses and retailers, it’s “probably not enough” to stimulate large increases in purchasing, he said.

“Instead, consumers seem more focused on getting their personal finances in order by increasing savings and lowering credit card debt. While such savings can mean delayed consumer spending in the short term, it is a positive sign as consumers build a solid financial footing on which future spending can be based.” 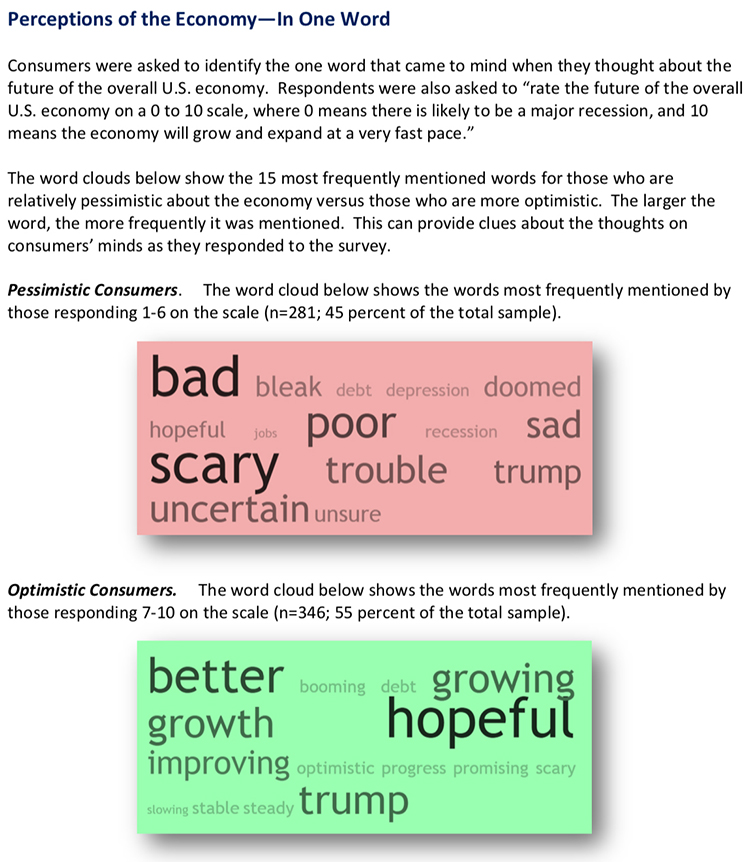