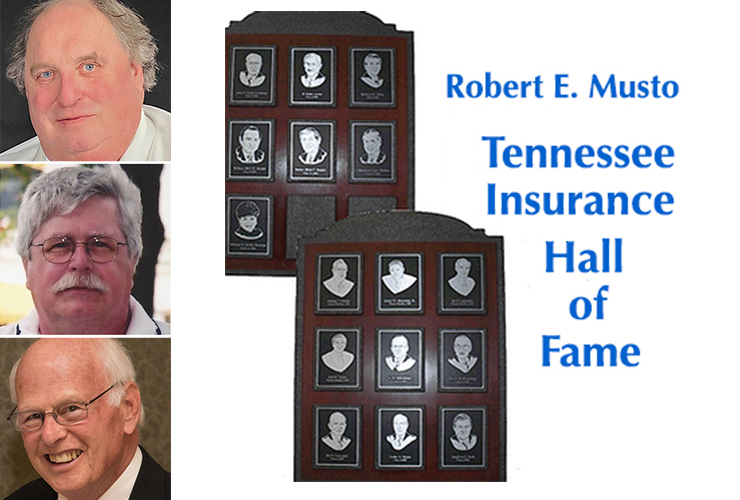 The inductees into the 2020 class are the late John A. “Jack” Spann III of Nashville, Tennessee; Bill Wilson of Nashville; and the late Julian “Bud” Zander of Nashville.

A Hall of Fame induction ceremony is planned in conjunction with an Insurors of Tennessee conference in March.

• Spann’s posthumous honor recognizes a long and accomplished career in the insurance industry, including his leadership of Spann Insurance Inc., several terms as president of the Insurors of Nashville, a single term as president of the Insurors of Tennessee along with stints on the organization’s Board of Directors. He was also a founder of Insbank, a local insurance bank. MTSU’s Risk Management Lab is named in honor of Spann, described in his nomination letter as “an exemplary public servant and consummate professional who worked diligently to improve the quality of life for his fellow Tennesseans.” As a lobbyist, Spann was frequently called upon by state legislative leaders to provide his insights and expertise about the insurance industry and helped craft a number of bills that became law.

• Wilson retired from the Independent Insurance Agents and Brokers of America in December 2016 where he served as associate vice president of education and research. He was the founder and director of the Big “I” Virtual University for over 17 years and is the former director of education and technical affairs for the Insurors of Tennessee. Since his retirement, Wilson has since founded InsuranceCommentary.com, an industry blog about property and casualty insurance, is working on a fifth book and delivers keynote presentations as part of his consulting work. He has won several national education awards, including the George M. Gottheimer Memorial Award, which is presented periodically to a CPCU Society member who has made an outstanding contribution to the field of insurance education, risk management or insurance consulting.

• Zander’s posthumous honor recognizes a 60-year career as a principal of the well-known family business Zander Insurance, one of the largest independent insurance agencies in the country. His leadership within the company led it to top recognitions from some of country’s largest insurance companies, such as Travelers, Nationwide and Progressive. Zander served on the Insurors of Tennessee Board of Directors in the early 1990s and worked five years as an adjunct faculty member at Nashville State Community College. From the time he joined Zander Insurance, the company grew every year and earned awards in every area of insurance service, including property/casualty and life/health, according to his nomination letter. Zander was known for providing “the same care and attention to every client, whether they had one car insured with Zander or a multimillion-dollar business.”

With this year’s class, the Insurance Hall of Fame has inducted 74 members since its inception.

The Robert E. Musto Tennessee Insurance Hall of Fame, created on the MTSU campus in 1999, honors entrepreneurs who created insurance companies and the agents and company employees who have made a difference in their companies and their communities, significantly affected the lives of many people and advanced the role of insurance in society. The hall is supported through the Martin Chair of Insurance, currently held by Dave Wood.

The Hall of Fame is named for the late Robert E. Musto, longtime vice president of the National Life and Accident Insurance Company. All of the inductees are listed here: https://www.mtsu.edu/martinchair/hall-of-fame/inductees.php.