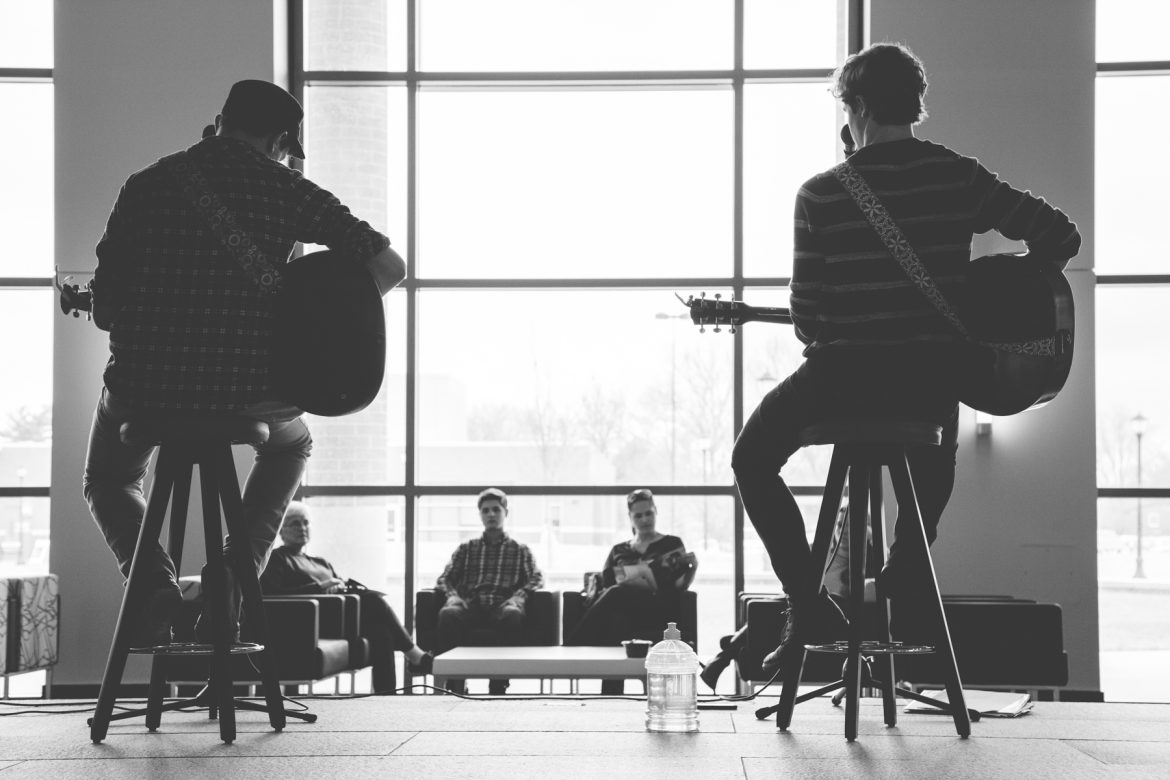 The day-to-day life of most college students is pretty simple, but for others, in between classes and homework, they’re doing recording sessions or weekly performances. Who are these mysterious, multi-tasking, talented individuals floating around campus, you ask? Well, allow me to introduce a few of MTSU’s hard-working singer-songwriters to you! 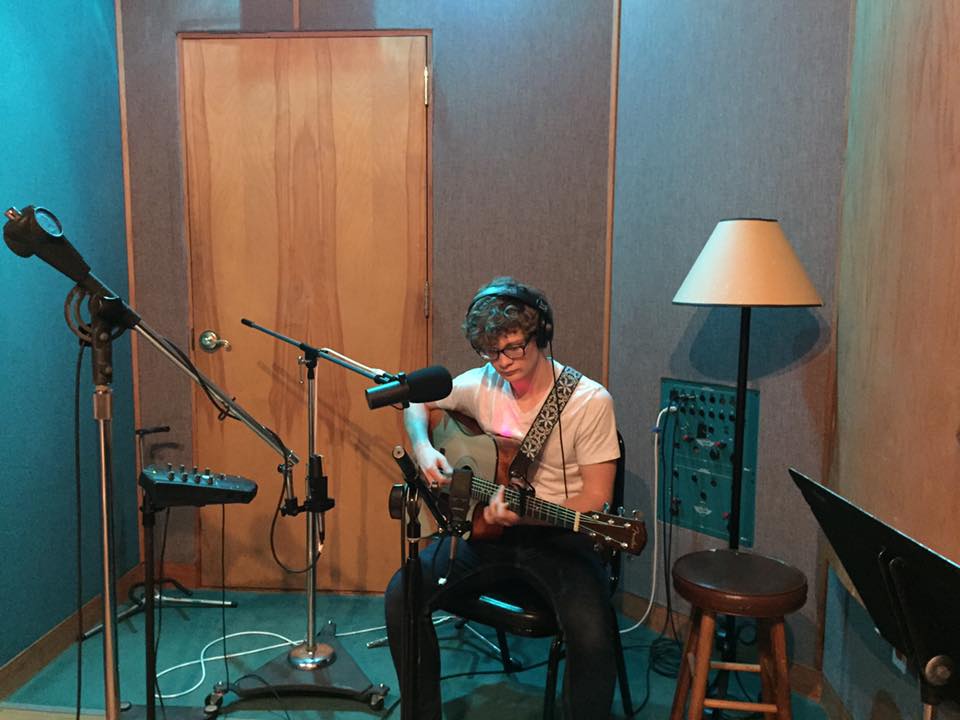 Always spotted with a guitar on his back, Cooper Gilliam is working toward a degree in commercial songwriting with a minor in classical guitar. His integration of the music and recording industry programs is a great utilization of both fantastic departments on MTSU’s campus.

Cooper accredits his growth as a songwriter to not only his major’s courses but also his peers around him. “Getting to write with other people and build connections with other people in other sides of the industry and just understanding the role that songwriting plays in the industry was a big thing for me,” Cooper said. His songwriting is put to use in his band She’s Alaska. Cooper formed She’s Alaska with vocalist Eleanor Lieder their first year of college. Since then, they’ve released “All-American Dream,” a head-bopping single, and have upcoming shows at Ridenour Rehearsal Studios on March 23 and Murfreesboro Puckett’s on April 8. 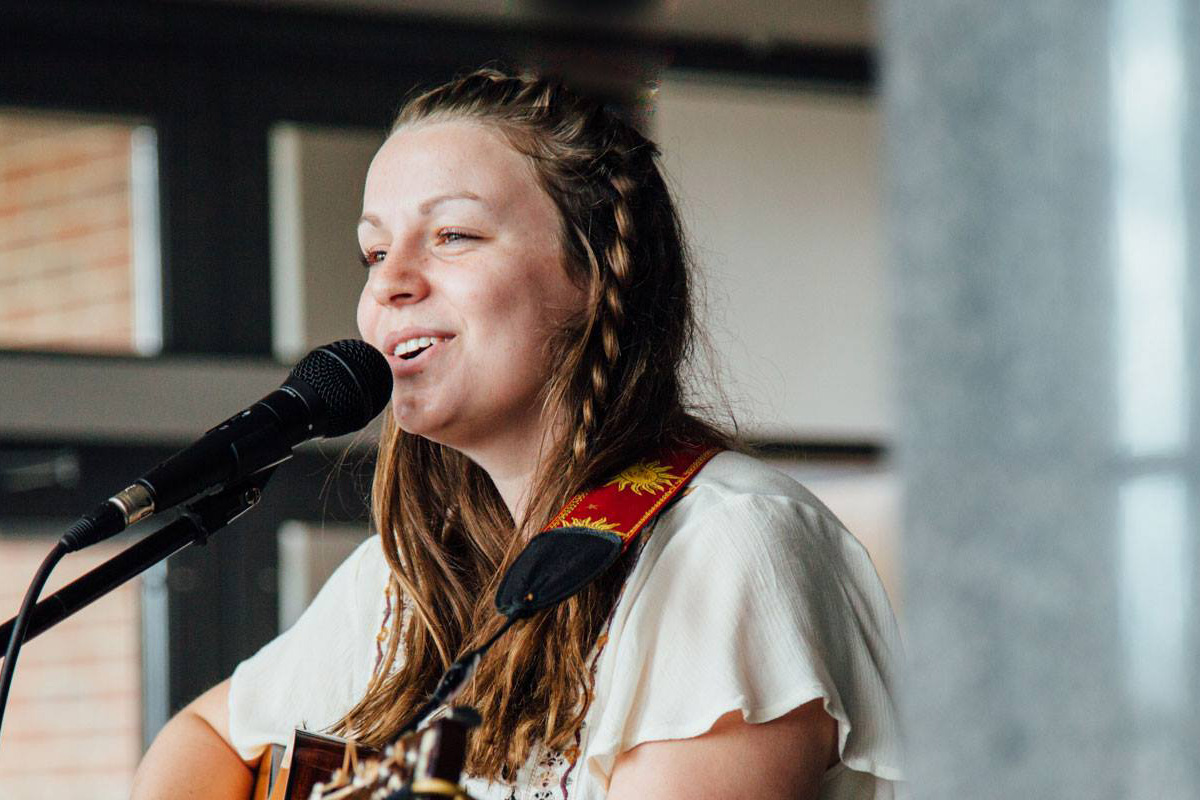 Jessica Yellowitz, a commercial songwriting major, performs on the Songwriters Stage in the MTSU Admissions Center. (photo by John Goodwin)

From a young age, Jessica Yellowitz has always had a song in her heart and a guitar in her hand. She’s a commercial songwriting major with a minor in entrepreneurship. Jessica chose MTSU because of its notable songwriting program and close proximity to Nashville, A.K.A. the songwriting capital of the world.

Since moving to Murfreesboro, Jessica has played at notable places like The Whiskey Room and Ridenour Rehearsal Studios; however, she saves most of her shows for the summer. “I try to put classes first just because getting a degree is really important to me,” she said. But that doesn’t stop her from playing on campus from time to time; her involvement with the Songwriters Stage in the Admissions Center is one of her favorite parts about MTSU. “I think it’s cool. This is something unique that MTSU does that other schools that [incoming students] toured probably don’t do,” Jessica said. She currently doesn’t have any upcoming shows, but she regularly updates her website. 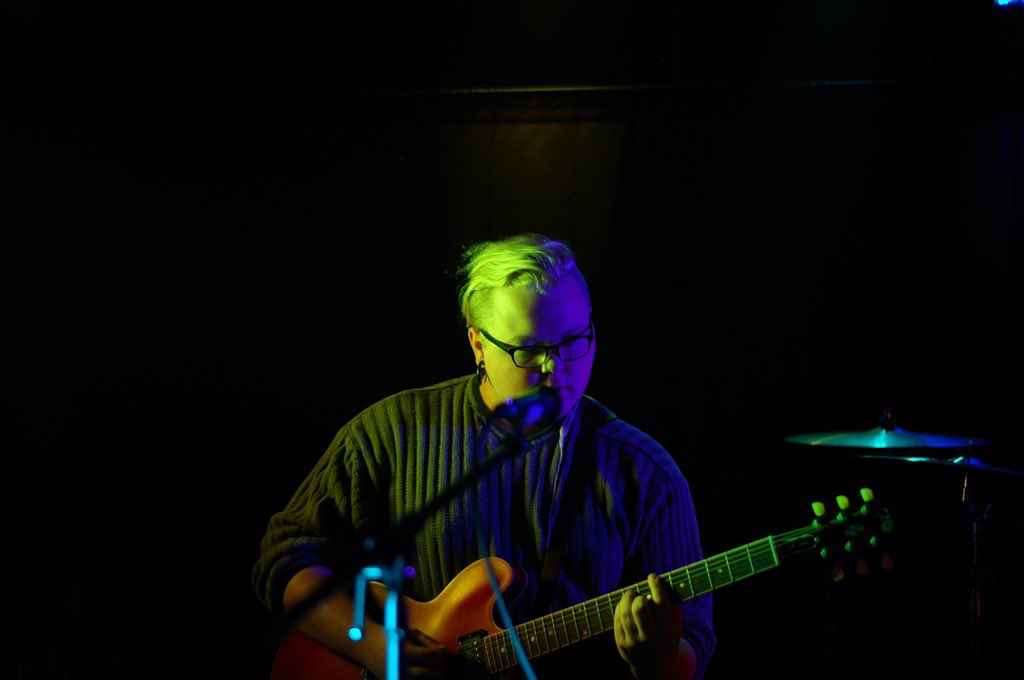 From early morning recording sessions to performing leading roles in operas, Parker Sellers has done nothing but grow as a musician at MTSU thanks to his major in music industry with emphases in audio production and vocal performance.

Unafraid of limitations, Parker continually finds room to grow in both his songwriting and musicianship. His classes in both the music and recording industry departments taught him how to approach his music differently. “. . . the more thought you can put into your music the better. People have the opportunity to get more out of it,” he said. Parker was able to comfortably synthesize all of these musical influences into his music persona, Sock. Working on “Hide No More,” his first studio-produced EP, Parker hopes to release it within the next year. 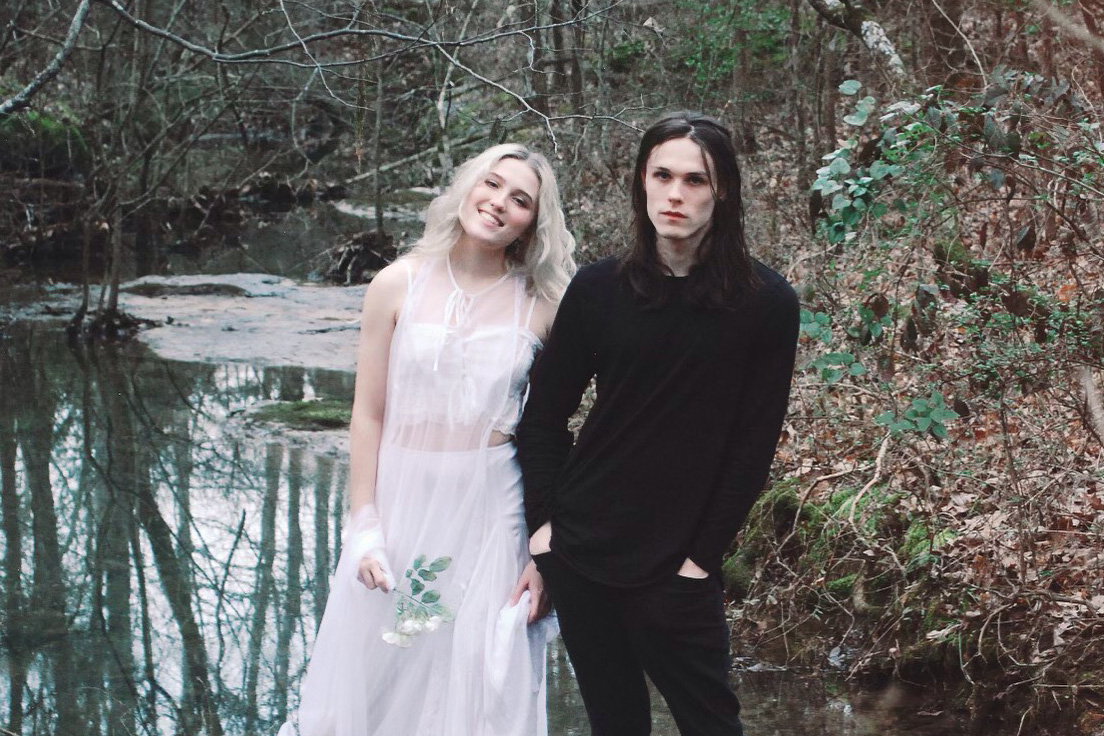 Sunshine Scott, a music industry major, with her brother and bandmate, Sterling Scott

Before she could even walk, Sunshine Scott was singing to audiences. Her innate desire to express herself through music was a natural segue into her major in music industry with a minor in recording industry and an emphasis in vocal performance.

While Sunshine’s heart has always been in music, she accredits MTSU’s music program with teaching her dedication and persistence. “[The music program] really helped me expand my musical abilities,” said Sunshine. Her musical talent and eclecticism really shine in her band, SterlingSunshine. She formed SterlingSunshine about four and a half years ago with her brother Sterling Scott, an MTSU graduate in Audio Production. “We love it so much. We’re just creatives and we would be lost without it,” Sunshine said. SterlingSunshine has an upcoming show at Limelight on April 6 as the Nashville-representing act for touring artist Boogie T.

MTSU’s recording industry department and School of Music are home to some talented and ambitious individuals. With the remodeling of MTSU’s Cyber Café to include a performance stage, more singer-songwriters will surely come into the spotlight. Also, keep an eye out for concert posters for local bands and artists around campus. Supporting your local musicians means more to them than you could possibly imagine. Plus, you never know what talented musicians are hiding among your peers until you start looking.