Fend off winter’s chill by pla.. 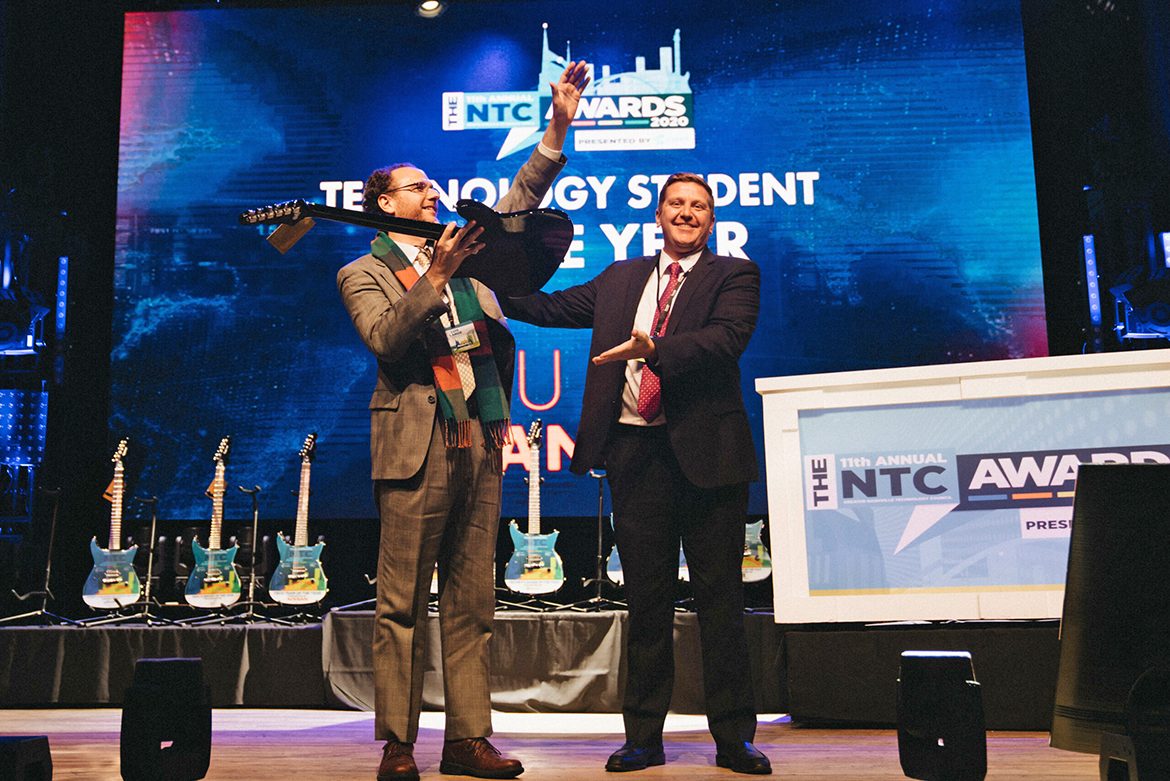 Winners were announced at Thursday night’s awards ceremony at the Wildhorse Saloon in downtown Nashville, with winners recognized on stage and presented the unmistakable guitar awards from the advocacy organization.

Charlie Apigian, co-director of MTSU’s Data Science Institute, won for Data Scientist of the Year; the Women in STEM, or WISTEM, Center captured the Diversity and Inclusion Initiative of the Year; and Luis Lange, an Information Systems and Analytics graduate student, won Student of the Year. 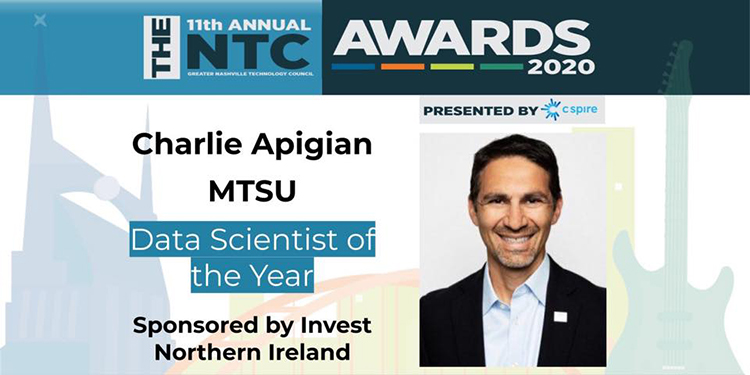 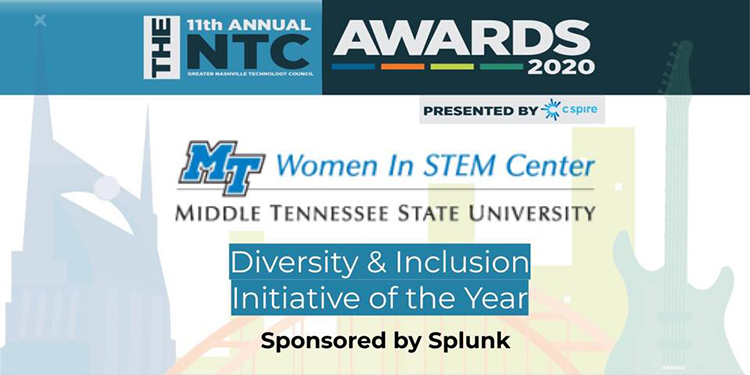 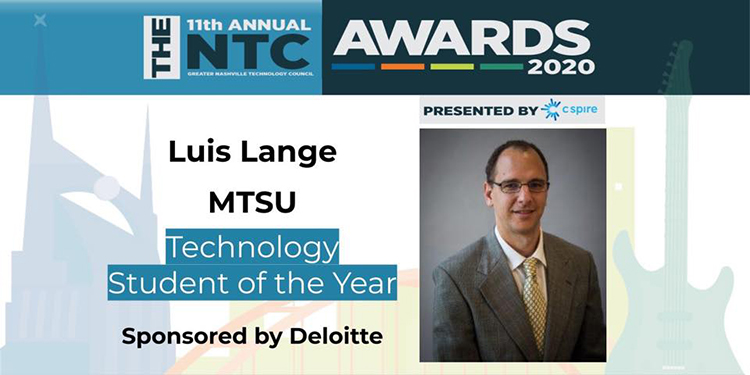 A full list of winners and more information is available at https://technologycouncil.com/ntcawards/.

At MTSU, Apigian helps direct the Data Science Institute, which launched in spring 2018 with a mission to promote funded interdisciplinary research and develop public and private collaborations around the emerging field of “big data.” Last year, NTC recognized Apigian as its Community Leader of the Year.

The WISTEM Center celebrated its 10th anniversary this fall. The brainchild of longtime chemistry professor and director Judith Iriarte-Gross, the center’s mission is to enable the campus and community to realize the intellectual potential and utilize the expertise of women in the STEM disciplines. WISTEM Center board members Lisa Reaney, an aerospace alumna, and Shruti Sharma, an engineer with Ingram Content Group, accepted the award on the center’s behalf. 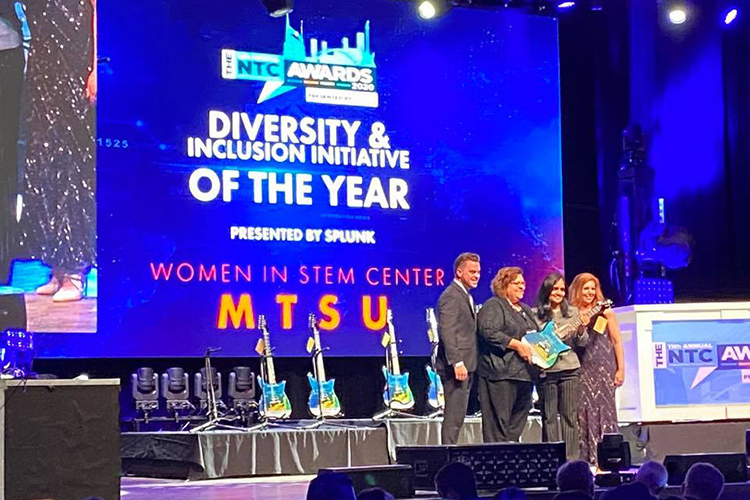 According to NTC, the awards ceremony brought together more than 675 registered attendees — representing more than 136 Tennessee technology companies and related organizations. All were present to celebrate this year’s technology champions in 14 categories, with finalists announced last fall. Dell Nashville provided support as the Platinum Sponsor.

“The NTC Awards is an opportunity to celebrate our region’s tech leaders for the work they’ve done in Nashville’s technology community,” said Brian Moyer, NTC president and CEO, in a news release. “Whether it’s a company, a team, or an individual; a member of the ‘C-Suite’ or a developer; or a community leader or a diversity game changer, the NTC Awards recognize the people that are making Nashville the destination for creative and innovative technology, and contributing to Middle Tennessee’s growth and prosperity.”

For more information about department in the Jennings A. Jones College of Business, go to http://mtsu.edu/isa.

For more information about the WISTEM Center, go to https://www.mtsu.edu/wistem/index.php. 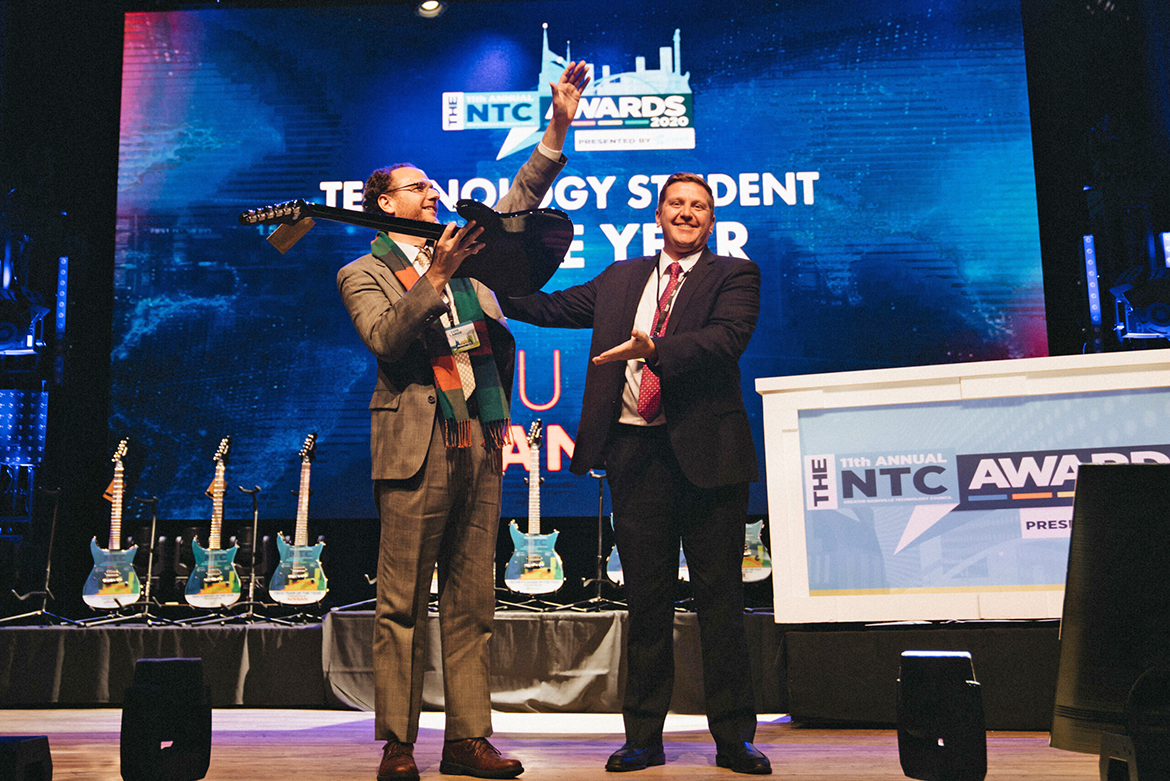