To Their Rescue: Alumna devotes her life to preven...

In the News: Bridges, gerryman..

To Their Rescue: Alumna devotes her life to preventing human trafficking and restoring freedom to victims 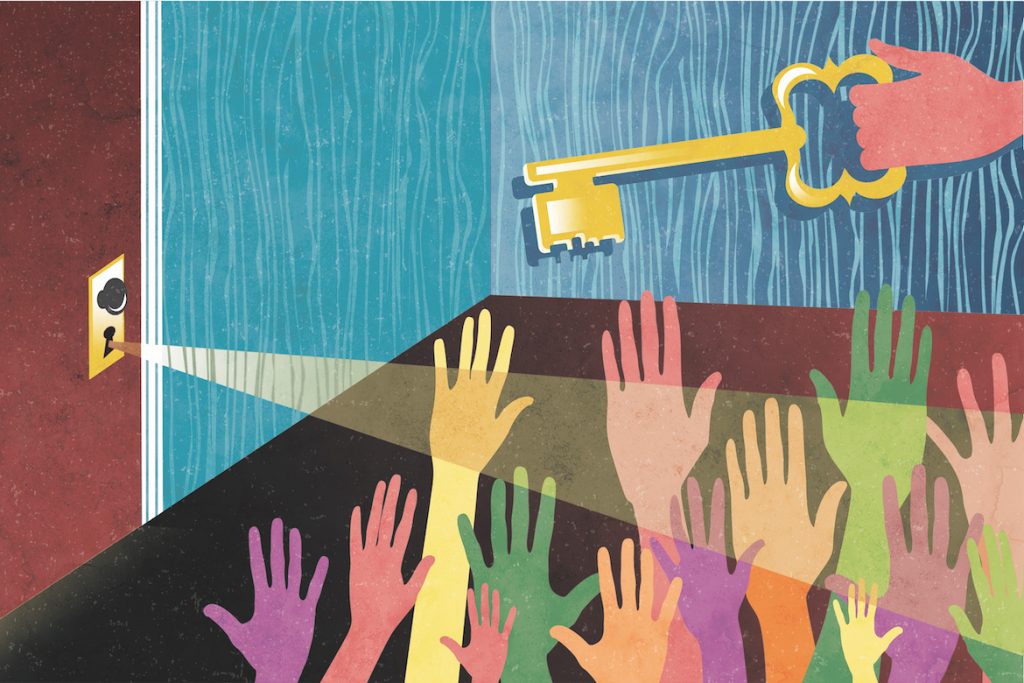 story by Allison Gorman, photos by J. Intintoli, and illustration by Tim Shawl

For Gabrielle Thompson, the moment came in 2015, inside a building on the 30-block stretch that makes up Delhi’s infamous red-light district. Flanked by a protective detail of local men, she made her way past the first-floor retail space to the second and third floors, where the women would reach through barred windows to wave scarves at potential buyers outside.

“One woman was doing that, and she looked at me and I looked at her—we made eye contact—and she was probably my age. There was something about that moment where  I . . .” Thompson’s voice trailed off. She’ll allude to the moment, but she doesn’t often talk about it. “There’s no answer as to why it’s her and not me. We’re equals. She’s my age,  she’s a woman. And here she is, living in a brothel, all because of life situations that were completely out of her control.”

Thompson was 25, a year out of her master’s program in International Affairs at MTSU and the new CEO and executive director of Nashville-based nonprofit Free for Life International, which combats human trafficking and helps survivors. What Thompson witnessed in that Indian brothel only hinted at the horrors to which the woman in the window, and countless others like her, were subjected. 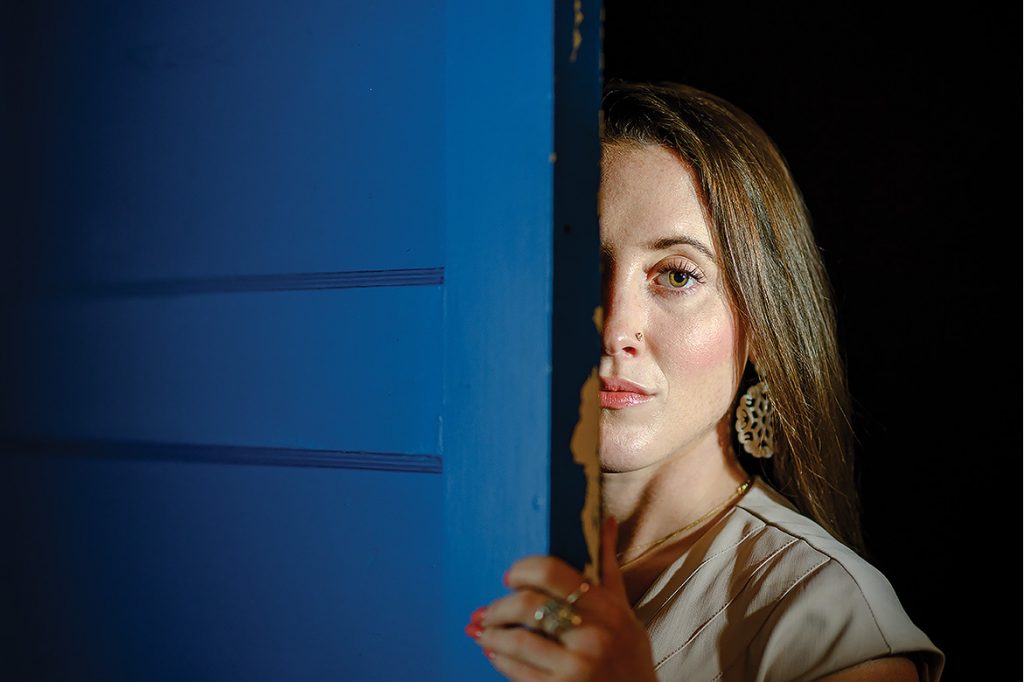 “That day we partnered with an organization that specialized in raids,” Thompson said. “They showed us GoPro footage from the raids they had done in that brothel district.  Women hidden in the walls, under the floorboards, in cages. That day changed my life.”

Woman on a Mission

Thompson says everyone she knows who works to fight trafficking can describe their own life-changing moment. Hers was a moment of confirmation: “I just thought, ‘These are my sisters, and I want to serve them.’ ”

She’d had that conviction since she was a teenager. Growing up with artist parents in Los Angeles and then Franklin, Tennessee, she was fascinated by National Geographic and similar photographic books that filled their home, especially by the photos of girls in other countries. She recalls wondering what their lives were like—and her dawning realization that their access to basic freedoms and opportunity depended entirely on where they happened to live. By age 15, she’d settled on her life’s mission.

“The one thing I knew was that I wanted to serve women and girls internationally, but I had never met anyone doing that,” said Thompson, this year’s MTSU Young Alumni Achievement Award honoree. “So when I got to MTSU, I knew what I wanted to do but had no idea how to do it. That’s when I found the Global Studies [program].”

There are seven types of human trafficking that together affect 40 million people worldwide.

“There’s a particular kind of student who picks our degree,” said Jim Chaney, assistant professor of Global Studies and Human Geography. “One of the things that the former dean [Karen Petersen] would always preach, and I totally agree with it, is that liberal arts is about critical thinking, making a difference, making society better. And students that are attracted to the College of Liberal Arts and Global Studies, I like to think they have something a little bit different. They want something better for humanity, and they want to make a difference.”

Chaney was that student too. After earning a graduate certificate at MTSU and before completing his doctorate, he did nonprofit work in post-Katrina New Orleans, helping the undocumented population, who were easy targets of labor traffickers.

“They were making them work, holding their money back, threatening to deport them or turn them in to the police if they didn’t do something, controlling where they lived, all these different things,” he said.

When Chaney and Thompson met, in 2014, he had just joined MTSU’s faculty as an instructor. She had her bachelor’s in Global Studies and was a master’s student in the Department of Political Science and International Relations, focused on empowering women through education and economic opportunity. He remembers having the “make a difference” conversation with her informally, over beers, then losing touch when she. graduated and moved to Costa Rica, where she worked for a nonprofit providing microloans to impoverished female entrepreneurs. A year later, Thompson was back in touch, telling Chaney about her new job. 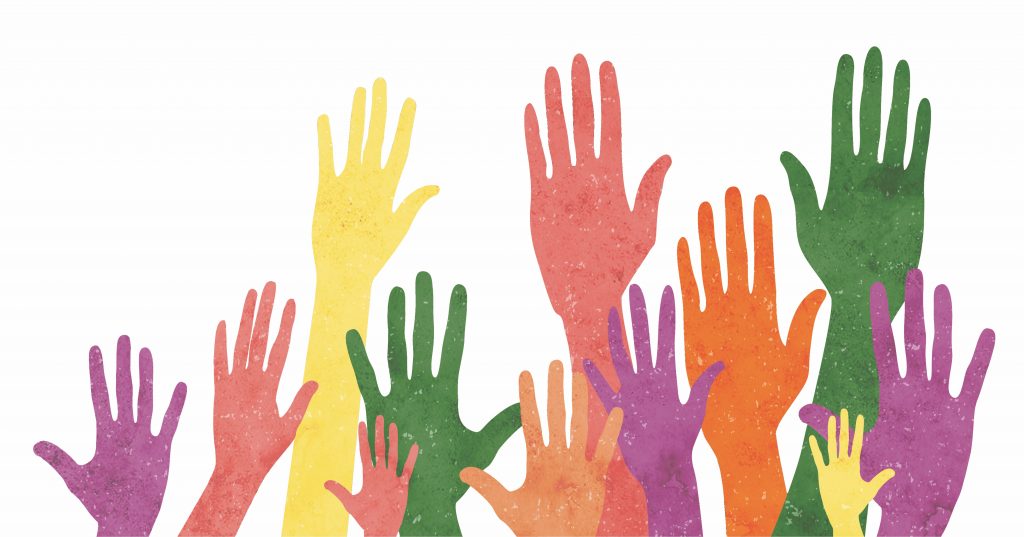 “She told me she’d found something that was a major problem, that broke her heart, but at the same time she thought she could do something about it and make a difference,” he said. “That’s what makes her tick.”

Free for Life was founded in 2006 by Colette Wise. Her focus was primarily sex trafficking. It was intense, ground-level work—rescuing enslaved women in India and Nepal, and running a safe house for survivors in Thailand, in partnership with local anti-trafficking groups.

By 2013, Wise was ready to entrust Free for Life to a new executive director. Two years later she was still  looking for the right person for the job. Then Gabrielle Thompson applied.

When Thompson walked in for the interview, Wise stood up. “You’re the one,” she said.

“She offered me the job without even reading my  résumé,” Thompson recalled. “Now, that bothered me. I said [jokingly], ‘You need to read my résumé. I’ve worked really hard to get here.’ ”

Thompson had initially hesitated to apply for the position. But once she took the reins, she charted a new, ambitious course for Free for Life to combat human trafficking in a more robust, holistic way. 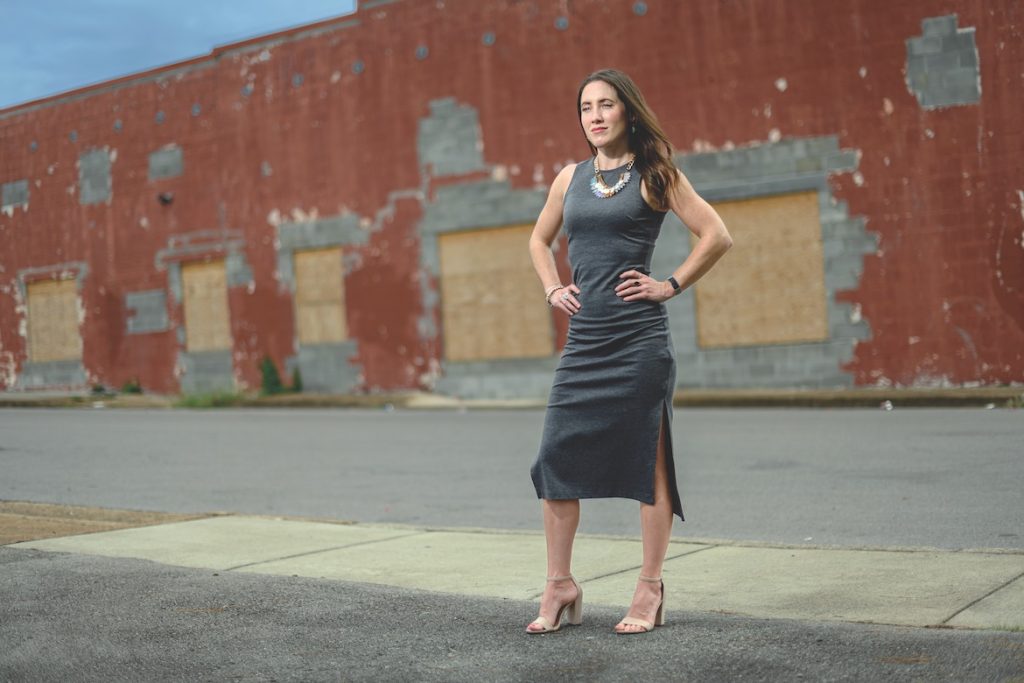 She expanded its international reach, concentrating on where the need was greatest; it now serves the Dominican Republic, Guatemala, and Peru in addition to India, Nepal, Thailand, and the United States. She overhauled its existing programs and developed new ones based on her research at MTSU, where she’d studied “the  push-pull factors that lead to female-focused oppression” and how to scale up grassroots-level action to create generational change.

These are my sisters, and I want to serve them.

“I was able to use the sustainable tools of development that I had learned and implemented and worked on for such a long time into the programs and the story of  Free for Life International and the survivors that we serve,” Thompson said.

Because there are many domestic and international organizations involved in anti-trafficking work, particularly sex trafficking, her goal was to fill the gaps in service. She created tiered programming to cover what she calls “the story of trafficking”:

For that last piece, Thompson created a new domestic program—the only one of its kind in the U.S.—that offers scholarships and one-on-one mentoring for trafficking survivors, with no time limit for degree completion.

“We specifically only do vocational or education, and we actually expanded it to support one-time Ph.D. or master’s gifts,” Thompson said. “But otherwise, for bachelor’s students, we will support them their entire degree, even  if it takes seven years. It’s completely renewable.”

Since the program was established four years ago, survivors have learned a variety of trades and disciplines through Free for Life, from welding to theology to biomedical engineering.

Another direct-service program Thompson added covers the alternate story of trafficking—that is, trafficking that doesn’t happen.

Chaney, who has served on various Free for Life committees since 2017 and on its board since 2019, notes that the journey from rescue to restoration is long and expensive. 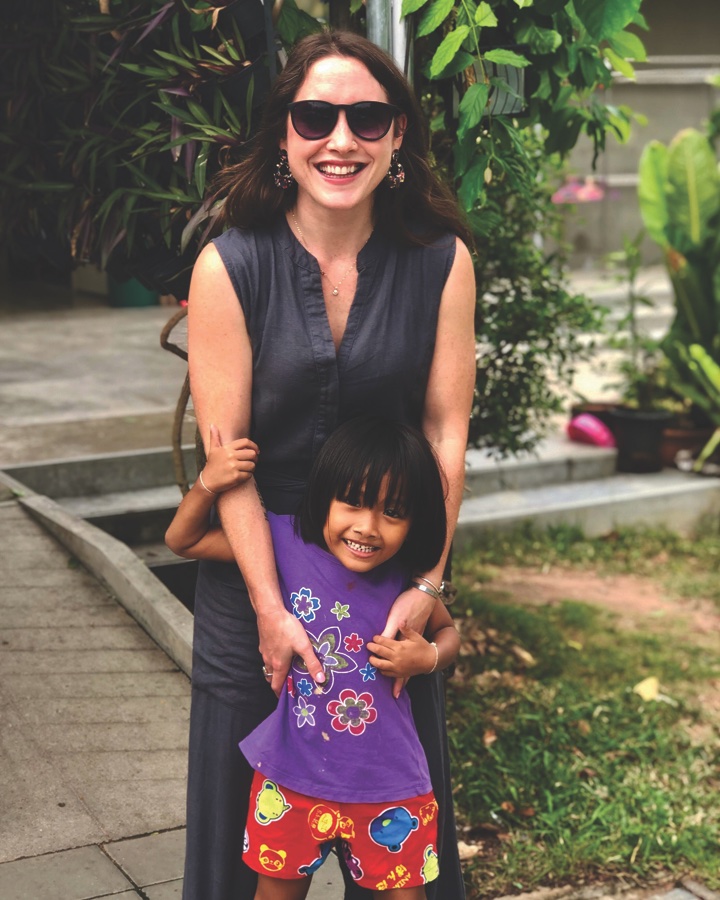 “They say it takes five years for the trauma of trafficking to wear off to where people can actually operate normally,” he said.

Most trafficking victims aren’t snatched off the street but groomed by someone.

Free for Life has rescued 2,251 women and children so far, and it commits to walking that long journey with each one. But that’s not the best way to effect broad change.

“Once a victim has been in trafficking, it’s a lot harder to fix the damage,” Chaney said. “Prevention is the key.”

To that end, Thompson and her team developed training for domestic and international organizations that work with communities at risk of exploitation—children in orphanages and foster care, refugees and immigrants, runaways and homeless youth—so they understand how traffickers operate and recognize red flags.

Chaney says it’s important to realize that most trafficking victims aren’t snatched off the street but groomed by someone who earns their trust over time.

“They’re trying to hook them: lay a bait, build rapport, then pull them in,” he said. “A lot of people who are  being trafficked don’t even realize it until it’s too late.”

A fluent Spanish speaker, Chaney has traveled with Thompson to Latin America to conduct trainings. She  and her team travel constantly, meeting people where they are. But the pandemic required recalibrating the prevention program, Thompson says—not just because international travel and in-person training became unsafe, but also because the risk to vulnerable communities was suddenly exponentially higher.

So she took the prevention training virtual, expanding its reach in the U.S. and abroad, while also making an aggressive push for prevention training in Nashville, working with Youth Villages, Boys and Girls Clubs,  Catholic Charities, and similar organizations.

Internationally, she shifted Free for Life’s resources from rescue efforts to COVID-19 relief, providing daily wage earners with food, water, medical supplies, and other necessities so they’d be less susceptible to exploitation.

The safe house stopped taking new residents during lockdown, but the women and girls there were given computers to continue their educations online.

If Colette Wise needed verification that Gabrielle Thompson was “the one,” the continued efficacy and growth of Free for Life, even during a global pandemic, has provided it. 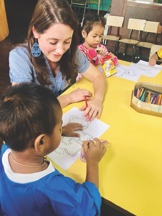 Despite COVID-19, Thompson managed to open another transit-monitoring station in India in 2020. This one is primarily focused on rescuing boys from labor trafficking, another global scourge. There are seven types of human trafficking that together affect 40 million people worldwide, but Thompson estimates that 90% of resources go to sex trafficking “because it gets money and headlines.” She hopes to begin correcting that differential over the next few years.

It takes five years for the trauma of trafficking to wear off.

Free for Life currently serves labor trafficking survivors in two of its programs, and Thompson’s goal is to broaden its scope to include bonded labor, domestic servitude, and child soldiers.

She seems undeterred by the enormity of the problem or the devastating nature of the work, which takes her to “the darkest spaces of our world.” 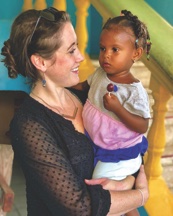 Given the challenges involved in global anti-trafficking work—safety concerns, logistical issues, language barriers, emotional exhaustion—fundraising would seem like a cakewalk. But Gabrielle Thompson says  it’s one of the toughest parts of her job.

“Nobody likes it,” she says. “That’s the part that’s a challenge within a nonprofit—but it’s a necessary piece. . . . The only way that we are alive and sustainable is through people’s generosity.”

To donate to Free for Life International, read its success stories, and learn about sustainable giving through its Compassion Collective, visit freeforlifeintl.org.