As the 20th anniversary celebration of MTSU’s James E. Walker Library continues, the veteran staffers who worked in the building’s predecessor, the Andrew L. Todd Library, form a bridge between the past and the present.

Michael Wheaton, who began working in Todd in 1992, is the Walker Library’s manager of technology services. He has witnessed and implemented numerous technological revolutions and innovations.

“I was actually probably the first PC technician on campus,” Wheaton said. “I supported PCs not only in the library but in the Center for Popular Music and the LRC (Learning Resources Center).”

Sharon Parente, an assistant professor of library user services, started as an assistant reference librarian in the Todd building in 1984.

“When I started, we had a card catalog, but we were in the process of going through and converting our records to machine-readable formats,” Parente said.

Sherry Mitchell, a library assistant who has been with the library since 1990, was a periodicals clerk who was responsible for magazines and peer-review journals in Todd.

“When I first started working at Todd, we were just getting around to putting bar codes on books,” Mitchell said. 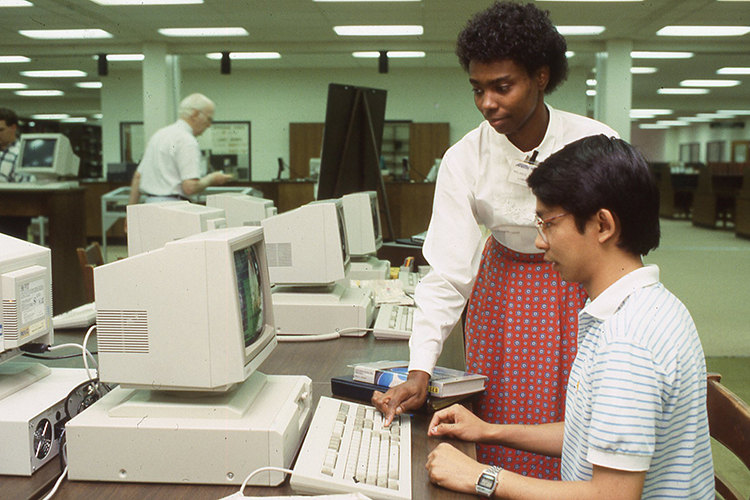 The Todd Library where these MTSU employees worked would be unrecognizable compared to the renovated Todd Building, which today houses the College of Liberal Arts administrative offices, professors’ offices, art studios and the Albert Gore Research Center.

In Todd Library, mainframe computer backups required an entire shift to accomplish. Patrons with mobility issues had to go the loading dock and press a buzzer to alert workers to let them in. Employees shared cinder block offices that had few windows.

Wheaton found out in only his second week as an employee that the Todd Library had its issues. For one, it was actually two buildings: one built in 1958, and the other in 1967, according to “History of the Libraries at Middle Tennessee State University,” published in “Tennessee Libraries” magazine in 2008.

“What joined the two halves together, at least on the roof, was a huge rubber seal,” Wheaton recalled. “A monsoon happened. Heavy rains are hitting Murfreesboro. This little leak starts over the bound periodicals on the second floor. Drip, drip, gush, gush, NIAGARA FALLS!” 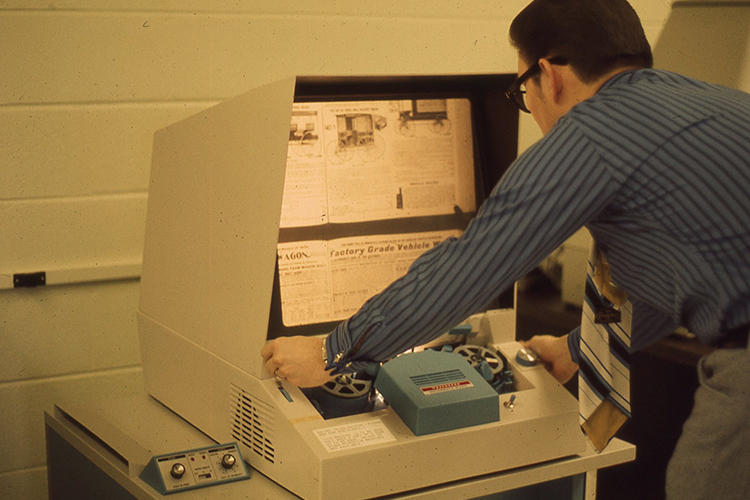 In a panic, Wheaton called library dean Don Craig, who came over with his wife, Connie, to help clean up the mess.

That hands-on spirit moved with the stacks and staff to Walker Library. Parente said Don and Connie Craig personally cleaned the first-floor bathrooms in the week before Walker’s grand opening.

“It is the people that have been here before us and that will come after us that make this such a unique and meaningful place to work,” said Rick Kurtz, an administrative officer who’s worked in the Walker building for 20 of his 25 years as a library employee.

The late MTSU President James E. Walker, for whom the library was named, acquired $33 million from the state for a new facility. Groundbreaking took place Sept. 11, 1996, as the university celebrated its 85th birthday. 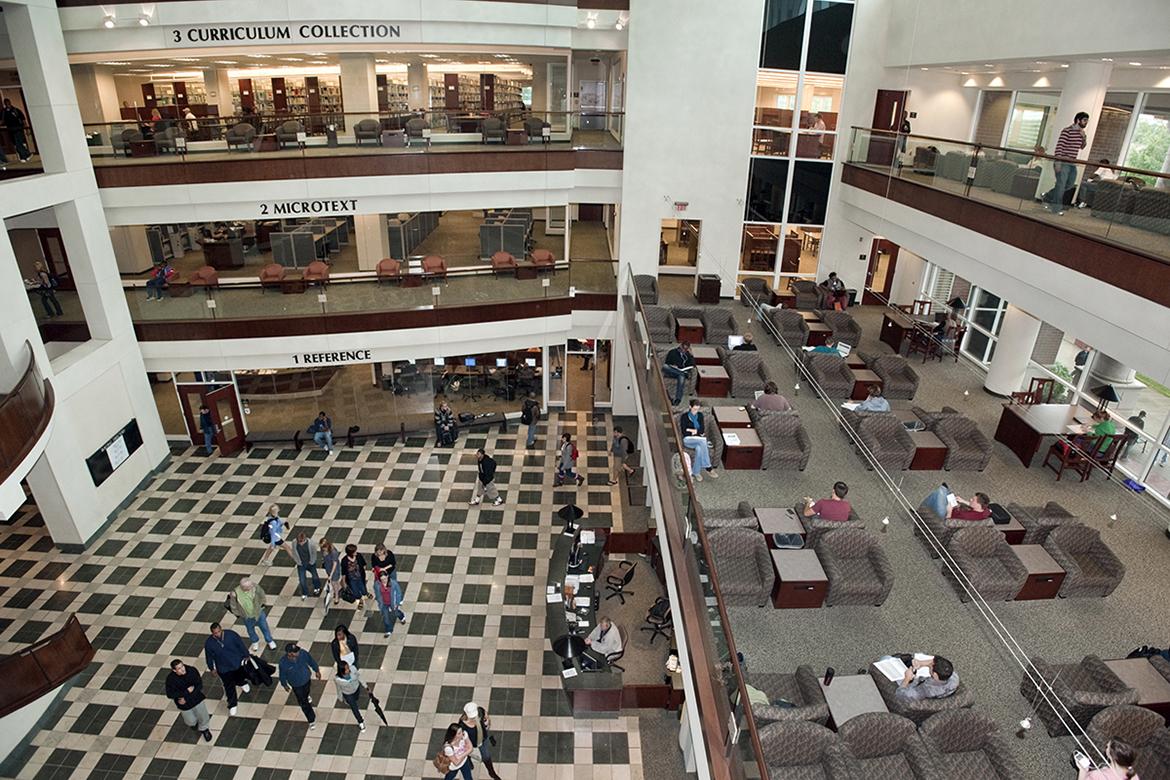 Students, faculty, staff and guests circulate among three of the four floors of MTSU’s James E. Walker Library in this file photo. The facility is celebrating its 20th anniversary during the 2019-20 academic year and is conducting a special fundraiser, the “20 for 20” campaign, to expand services for the university community. (MTSU file photo by J. Intintoli)

“He basically stopped the university’s master plan and said, ‘No, we’re going for a new library,’ and thank goodness he did!” Parente said.

The formal opening ceremony took place April 19, 1999. The building was dedicated to Walker in November 2001.

“It’s fitting that this facility is named after him because it’s been said many times by many different people, he was a true friend of the library,” Kurtz said.

To ensure that MTSU’s library continues to evolve and progress, the “20 for 20” campaign is celebrating the Walker Library’s 20th anniversary by encouraging donations of $20 each. The money will go to:

• The Library Enrichment Fund to replenish technology and books.

• The David Robinson Scholarship Fund, which is awarded to a student from the library’s technology department. 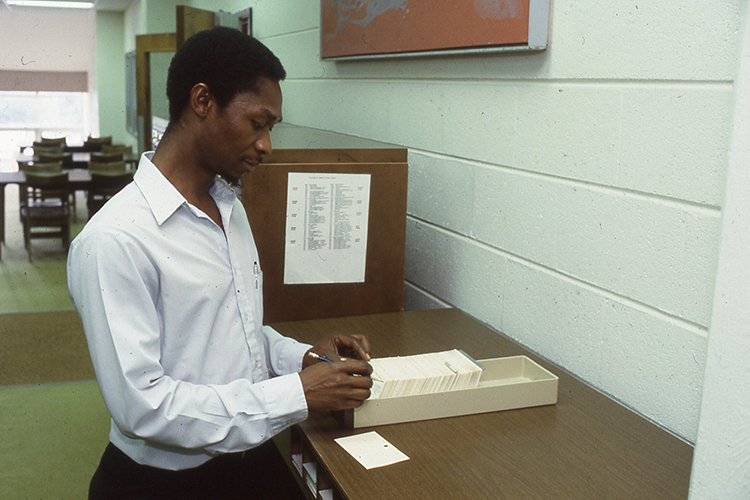