In the News: MTSU faculty tack.. 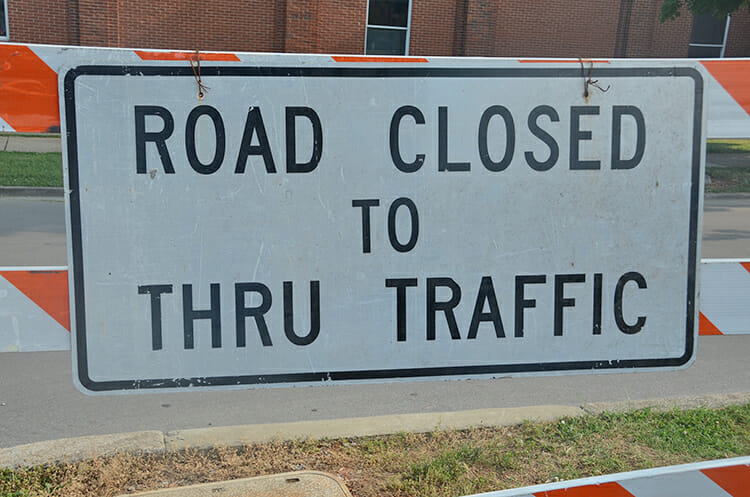 Due to the Middle Tennessee Boulevard road-widening project, the university has been informed of the following changes affecting traffic on the west side of campus:

• Beginning Monday, June 25, the Bell Street entrance to campus behind the James Union Building at Middle Tennessee Boulevard will be closed and will remain closed for several weeks. There will be NO pedestrian crossings at this intersection. The Raider Express Green Route shuttle will service the Bell Street Lot during this closure. NOTE: The Alma Mater Drive intersection with Middle Tennessee Boulevard will remain open as a right-turn, exit-only intersection.

• Middle Tennessee Boulevard is scheduled to remain open throughout this period. All traffic lights between Greenland Drive and East Main Street will be non-operational and bagged.

• The electronic arm gate at Old Main Circle next to the Cope Administration Building will remain open to facilitate traffic flow.

NOTE: After June 25 and until these intersections are reopened for vehicular traffic, there will be NO pedestrian crossings of Middle Tennessee Boulevard between Greenland Drive and East Main Street.

A full campus map outlining these changes can be found at MT Boulevard MTSU Campus Construction Map. A condensed map is below.

Work continues to progress on the $15.7 million widening project, which will upgrade the .8-mile section of the thoroughfare between East Main and Greenland. The city of Murfreesboro is overseeing the work, which is expected to be completed some time this fall.

When the project is complete, the west side of campus also will be affected in the following ways:

This map shows closures or pending closures for sections of Faulkinberry Drive and Bell Street where they connect to Middle Tennessee Boulevard as part of the ongoing road-widening project. Pedestrian crossings are also being closed until the end of the project some time this fall.