‘Circulate the love' and save ..

Middle Tennessee State University has set a $300,000 goal for its second year of “True Blue Give,” a 72-hour online push for donations from Blue Raider alumni and supporters.

This year’s goal is to raise funds from at least 600 university alumni and friends during the Feb. 13-15 drive to support academics, athletics and scholarships. True Blue supporters can give now by going to www.mtsu.edu/truebluegive or by texting MTSU to 71777.

“Not gift is too small,” said Kristen Keene, associate director of annual giving/special projects in MTSU’s Development Office. “That’s why we’re doing this type of crowd-funding campaign, because sometimes people think their gift is too small. But when we crowd-fund it … their gift can really be impactful.

“But no gift too big, either.” 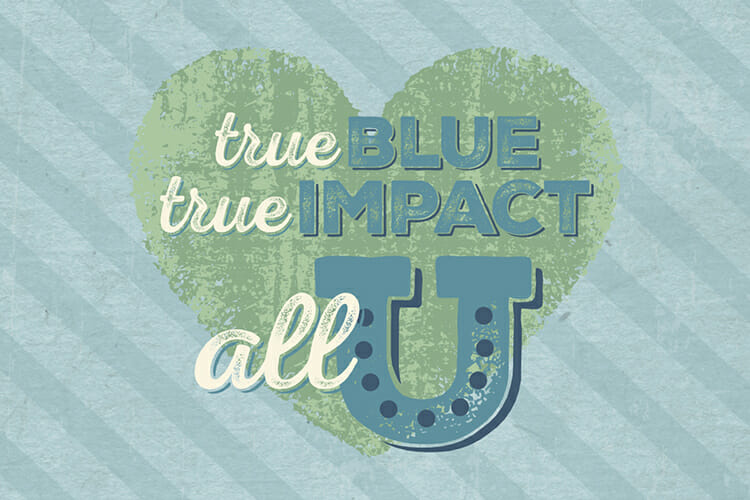 Matching contributions have been secured for the first $50,000 raised. Raising scholarship support is a key priority since 90 percent of MTSU students qualify for some form of financial aid. The True Blue Give webpage allows donors to target gifts to specific colleges, departments and programs throughout the university, including such things as the student food pantry and study abroad programs.

For more information about True Blue Give, go to www.mtsu.edu/truebluegive or contact Keene at 615-898-2728 or email kristen.keene@mtsu.edu.