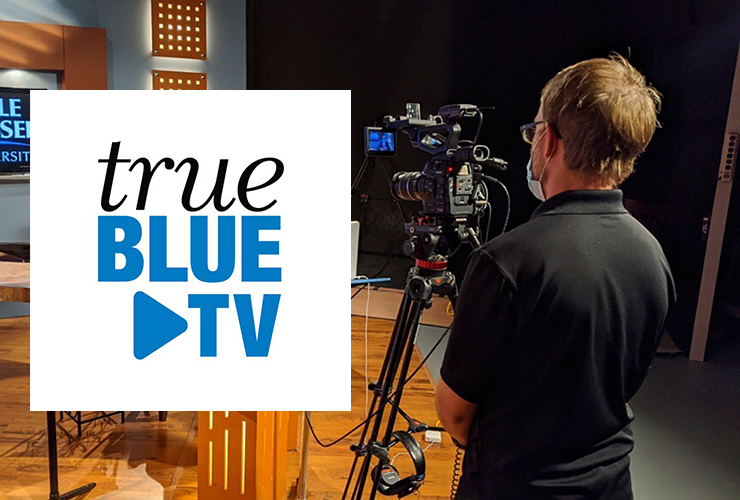 The channel, which airs on Comcast Xfinity channels 9 and 1096 in Murfreesboro, was launched in 1999 as a television lesson delivery system for primary and secondary schools across Tennessee.

That educational mission, which later expanded to include capturing MTSU academic events, as well as professional development and children’s programming, will continue for True Blue TV, said university President Sidney A. McPhee.

However, safety concerns due to the COVID-19 pandemic prompted the university to step up its video production efforts as many campus events and academic programming will move to virtual formats, McPhee said.

“True Blue TV will be the broadcast home for many campus events as we grow our video capabilities,” McPhee said. “It will continue to be an educational resource channel, but also be another way to share our stories with audiences.”

True Blue TV will broadcast campus events in August. They are:

True Blue TV will eventually also include programming and events by MTSU’s Department of Athletics, including some live games, replays of past games, press conferences and other events. The station will also re-broadcast videos produced for online formats, such as social media and livestreaming platforms.

The station, which operates under a license from the Murfreesboro Cable Television Commission, will continue to broadcast from MTSU’s Center for Educational Media in the College of Education.

It will be produced through a partnership between the center and MTSU’s Division of Marketing and Communications, which becomes responsible for the station’s operations, McPhee said.

In addition to Comcast Xfinity, the channel is also available on Roku, Apple TV and Amazon Fire TV. And it airs on channel 99 on AT&T U-verse in Middle Tennessee; channel 9.1 on the MTSU campus; channel 195 on DTC in Alexandria; and digital channel 206 on United Communications in Chapel Hill. 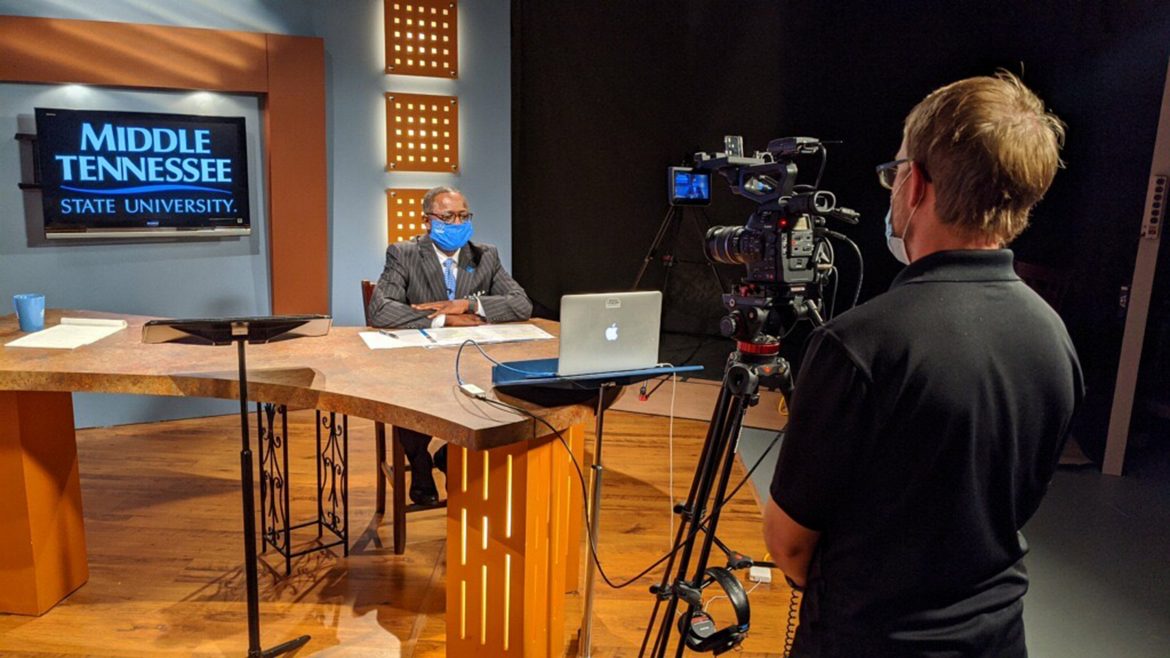 MTSU President Sidney A. McPhee prepares to be interviewed by C-SPAN Friday, July 17, via satellite from the Center for Educational Media studios inside the McWherter Learning Resource Center. (MTSU photo by John Goodwin)