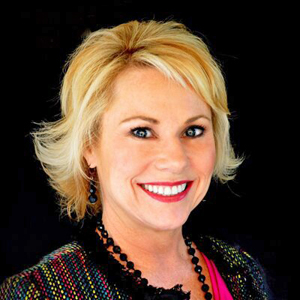 Carolyn B. Tumbleson has been named the new development director for the Jennings A. Jones College of Business at Middle Tennessee State University.

Tumbleson, who comes to MTSU with a strong sales and not-for-profit background, assumed her new role June 29, according to an announcement from Jones College Dean David Urban and Joe Bales, MTSU vice president for university advancement.

Tumbleson has a broad knowledge of the region and hundreds of business relationships forged through her recent work as vice president of development and engagement with United Way of Rutherford and Cannon Counties.

In her role as development director for the Jones College, Tumbleson will build connections with support from alumni, business and community leaders and assist the dean in raising major financial and resource support for priority initiatives of the college.

As an active community volunteer, Tumbleson has worked with the Blue Raider Athletic Association, is a member of the RutherfordCABLE board and is a graduate of the 2013 Leadership Rutherford Class. She has also served as a fundraising volunteer for local schools and the Monroe Carrel Jr. Children’s Hospital at Vanderbilt. She currently serves as a member of the board of Tennessee Fisher House.

Tumbleson holds a marketing degree from the University of South Florida.

You can reach Tumbleson at Carolyn.Tumbleson@mtsu.edu.