“It makes the most sense if I came to Tennessee to involve students in cave studies,” said Abolins, an instructor of the Geoscience of Caves and Field Methods in Geology courses. “There are more caves in Tennessee than in any other American state!”

And MTSU specifically is serendipitously located in cave-rich territory. 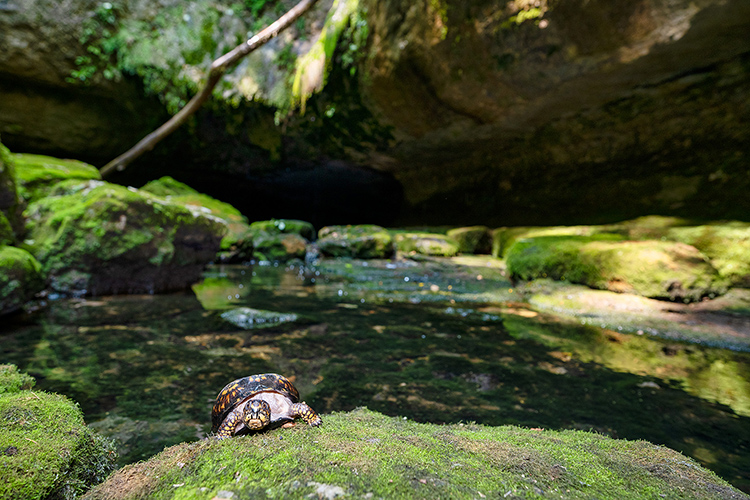 Collaborative research by Middle Tennessee State University faculty and students on the Snail Shell Cave system in Rockvale, Tenn., is now public after it was published in the International Journal of Speleology in spring 2021. (MTSU photo by Andy Heidt)

Rutherford County is home to 129 known caves, including the most well-known and impressive system: Snail Shell Cave in Rockvale, Tennessee, 14 miles from the MTSU campus. It is also at the heart of a preserve administered by the nonprofit Southeastern Cave Conservancy. 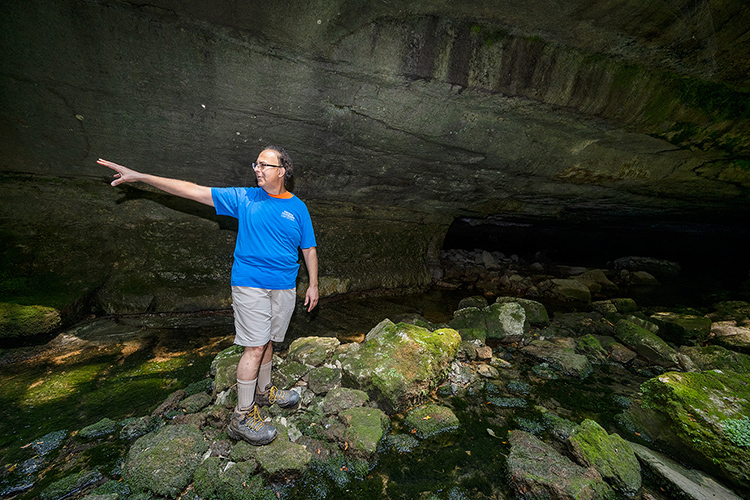 Through these courses, Abolins has been able to get students up close and personal with caves, bringing them to Snail Shell Cave in fall 2020 and with more cave explorations to come. 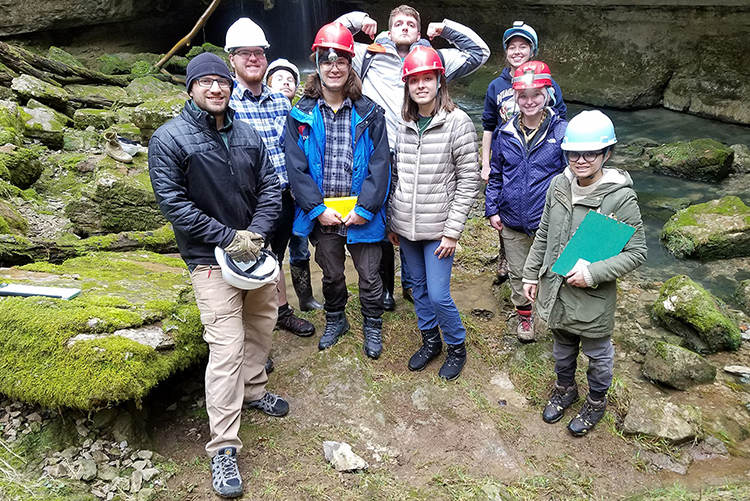 Students helped with data entry on a project that digitally assessed and mapped the geologic folds — rock structures made by flat rock deformed by stress and pressure — at Snail Shell Cave. National Science Foundation and Faculty Research and Creative Activity Committee grants funded the project.

In spring 2021, the International Journal of Speleology published the research, a first for MTSU. Speleology is the scientific study or exploration of caves. The paper can be downloaded here. Albert Ogden, emeritus geosciences professor, contributed to the research and co-authored the paper.

Michelle Moore, a senior geoscience major, had never worked on a research project before her experience in the geosciences course.

“I had no idea the course would involve research,” Moore said. “When he (Abolins) sent the email about it during the semester, I was pleasantly surprised.” 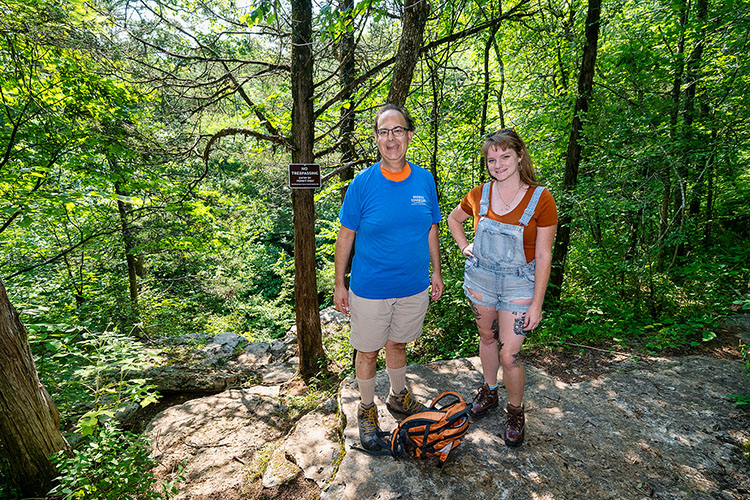 A Hohenwald, Tennessee, native, Moore did not enroll in the course with a particular interest in caves, either. She took the class “because I needed an elective, and I wanted something completely online, not remote, during the pandemic. Geoscience of Caves seemed interesting.” 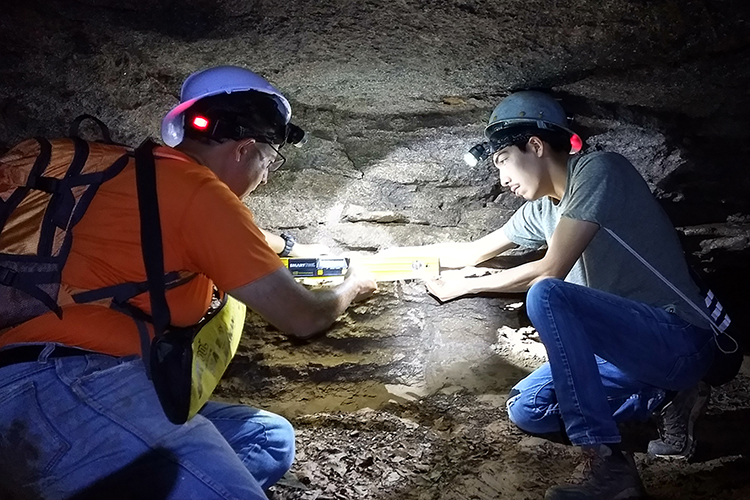 Now, Moore’s interest in both caves and research has been piqued.

“Geosciences of Caves (has) definitely made me want to pursue caves in my future,” she said. “(And) I absolutely want to participate in more research. Working on different research projects would just make me feel like all the knowledge that I’m learning throughout the years at MTSU would be put to use.”

The online course is offered to sophomores, juniors and seniors and will be available again in spring 2022.

Moore explained that Abolins assigned each student with a different section of a cave field survey notebook (journal) from the 1970s and 1980s to work with.

“We used information on our (journal) pages to help transcribe numbers, directions and sidenotes,” she said. “After that, we used a Google Doc to plug in our information to help map out the directions of the caves we were assigned. Once all information was approved, it allowed a virtual map of the cave system to be created.” 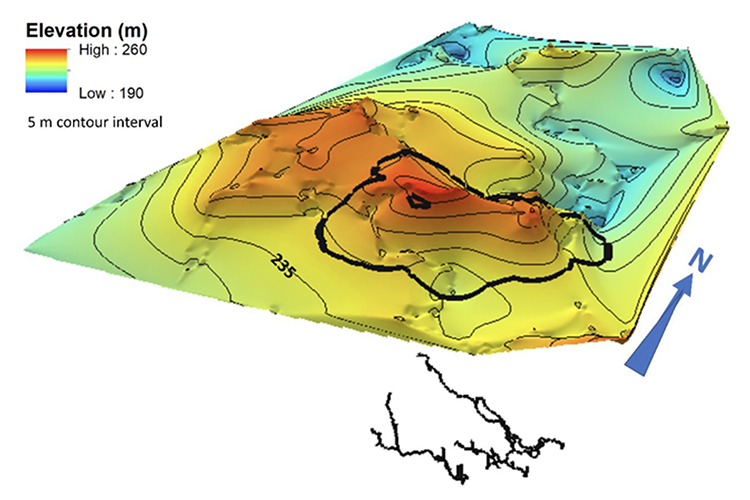 Middle Tennessee State University undergraduate students in the Geoscience of Caves course inputted handwritten data from journals into computers to create a digital map of Snail Shell Cave in Rockvale, Tenn., that contributed to an MTSU published research project in the International Journal of Speleology. (MTSU file photo)

Since students used and entered data collected by hand, Abolins explained that they learned about the challenges of illegible handwritten entries, the importance of quality assurance and control, the nature of survey data and built basic computer literacy.

Moore added, “I definitely think that I have a better understanding of different aspects of these types of projects, especially since it was a group effort and not a solo project. Being able to work with a group and communicate properly are always good skills to keep practicing.”

She highly recommends the course to other students.

“I still talk about it even if people don’t ask me my opinion. Being exposed to the different areas in geoscience is what college is all about,” she said. 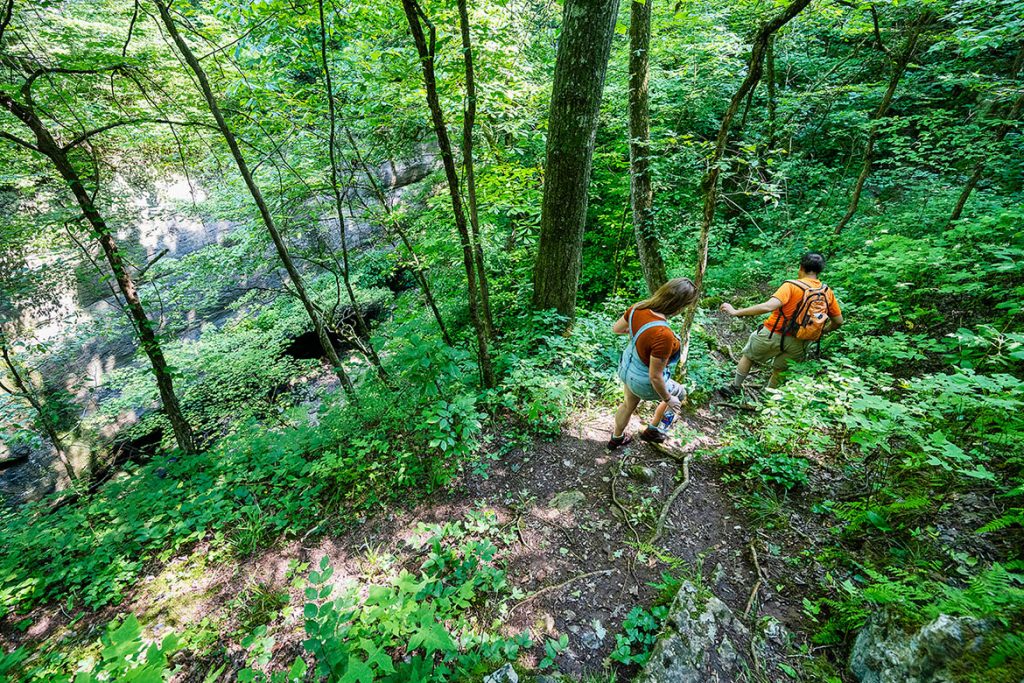