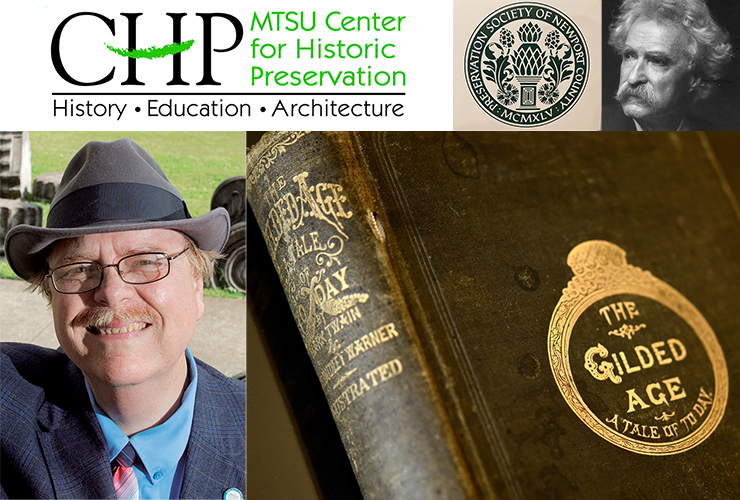 The director of the Center for Historic Preservation at MTSU will make the connection between Tennessee and Mark Twain in an upcoming virtual discussion.

Dr. Carroll Van West will participate in “Naming an Era: The Gilded Age as Novel and Nom de Guerre” at 5 p.m. Central Thursday, Jan. 27, via webinar.

The program is sponsored by Rhode Island’s Preservation Society of Newport County and the Mark Twain House and Museum in Hartford, Connecticut.

West, who also serves as Tennessee state historian, will join other historians and scholars in analyzing the origins of the term “Gilded Age,” which was taken from the 1873 book “The Gilded Age: A Tale of Today.”

The novel, written by Twain and Charley Dudley Warner, is based largely in Tennessee and Washington, D.C.

Free registration is available at tinyurl.com/2p8jhjs3.

The term “Gilded Age” refers to a period in the late 19th century marked by large industrial growth, income inequality and political corruption in the United States.

It’s used to describe a society that covers up its social problems with a thin “gold” coating of artifice.

Twain and Warner’s novel follows a poor rural family’s attempts to become rich by selling land left to them by their patriarch, satirizing the greed and materialism that Twain believed had tainted American values.

The panel discussion coincides with the upcoming debut of the HBO series “The Gilded Age,” which is scheduled to premiere on the network Monday, Jan. 24.