'Academia and the Academy': Li..

Ten new MTSU students and family members attended the session, which was held in the James Union Building. 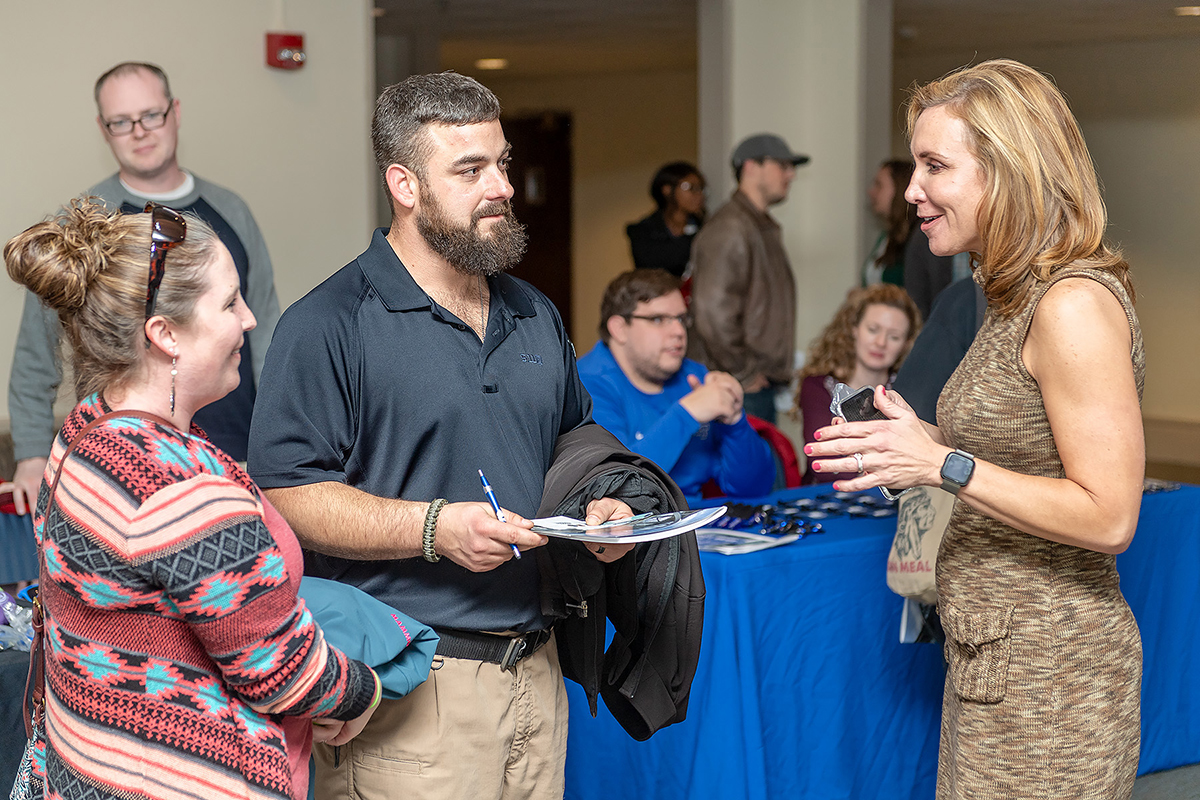 Daniels Veterans Center Director Hilary Miller, right, meets Ashley and Richard Kanagie of Manchester, Tenn., Jan. 9 during the spring 2019 “newcomers briefing” in the James Union Building. Originally from Miami, Fla., he is a freshman geosciences major in the College of Basic and Applied Sciences. Ashley Karnage is originally from McMinnville, Tenn.  (MTSU photo by Eric Sutton)

The briefing is to ensure veterans and their families are up to speed on campus resources, said Hilary Miller, center director.

Miller spoke to the group along with Keith M. Huber, senior adviser for veterans and leadership initiatives. 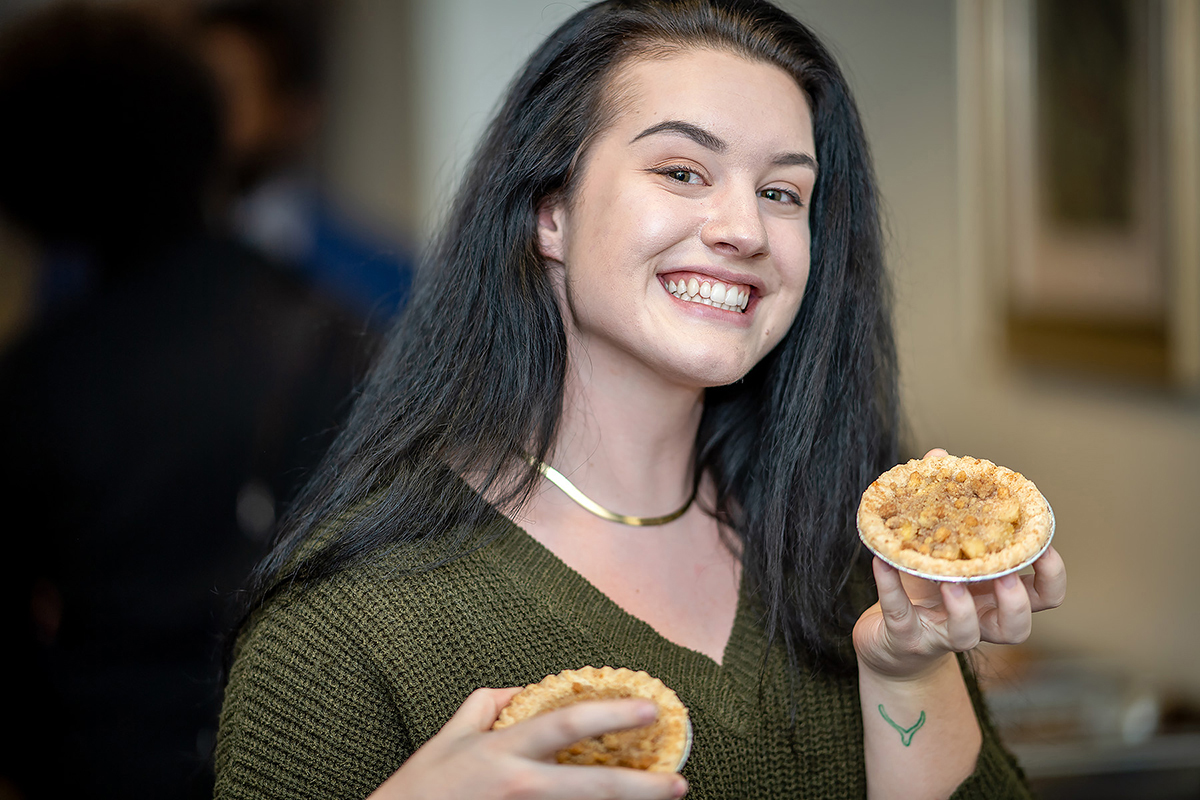 MTSU student veteran Monique Little, a junior College of Behavioral and Health Sciences major, shows off two apple pies that were part of the meal for those attending the Jan. 9 Daniels Veterans Center spring newcomers briefing in the James Union Building. (MTSU photo by Eric Sutton)

A relatively new partner off-campus for the Daniels Veterans Center is The Family Center, which was represented by Atarah Abdullah-Muhammad and Dr. Natalie Hoskins. The Murfreesboro-based organization’s mission is breaking multi-generational cycles of child abuse, neglect and trauma.

The event included a free meal, which was catered by MT Dining/Aramark. 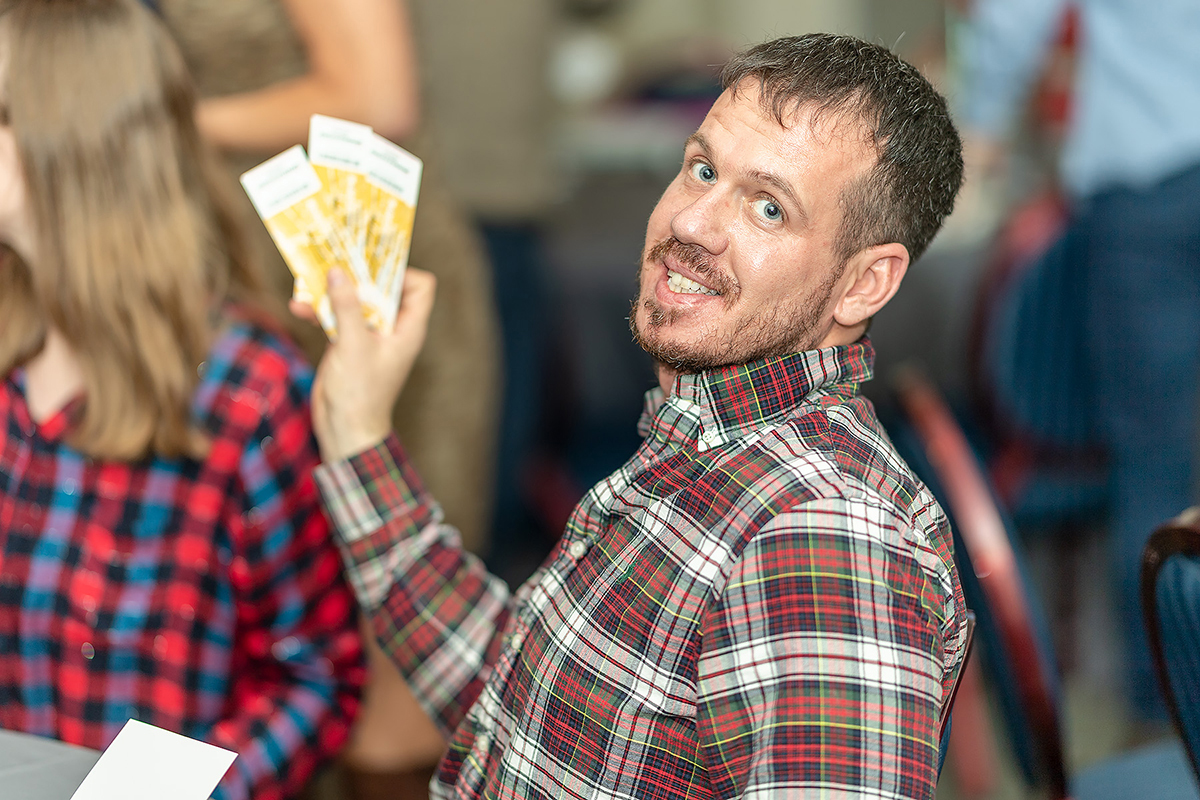