An encore presentation of the MTSU Veteran Impact Celebration will air at 7 p.m. Tuesday, Dec. 29, on YouTube, Facebook and True Blue TV, officials with the Charlie and Hazel Daniels Veterans and Military Family Center announced.

The original broadcast, a fundraiser for the Daniels Center and a tribute to the late Charlie Daniels, occurred Nov. 5. It was held virtually this year as part of state and federal guidance against holding such large indoor gatherings because of the ongoing COVID-19 pandemic.

MTSU’s Daniels Center, the largest higher education veterans facility of its kind in Tennessee, hosted the first two Veteranveter Impact Celebrations at The Grove at Williamson Place near Interstate 24 and The Avenue in 2018-19, raising funds for the center and its 1,000-plus military-connected students and their families.

“The incredible viewer comments we received convinced us to provide an encore presentation” of the 2020 event, said MTSU’s Keith M. Huber, senior adviser for veterans and leadership initiatives and a retired U.S. Army lieutenant general who spent 38 years serving his country.

Huber said this year’s virtual event “reached over 10 times the audience, was supported by more community sponsors and received $11,000 more in net donations to support our veterans in transition than the two previous Veterans Impact Celebrations.” 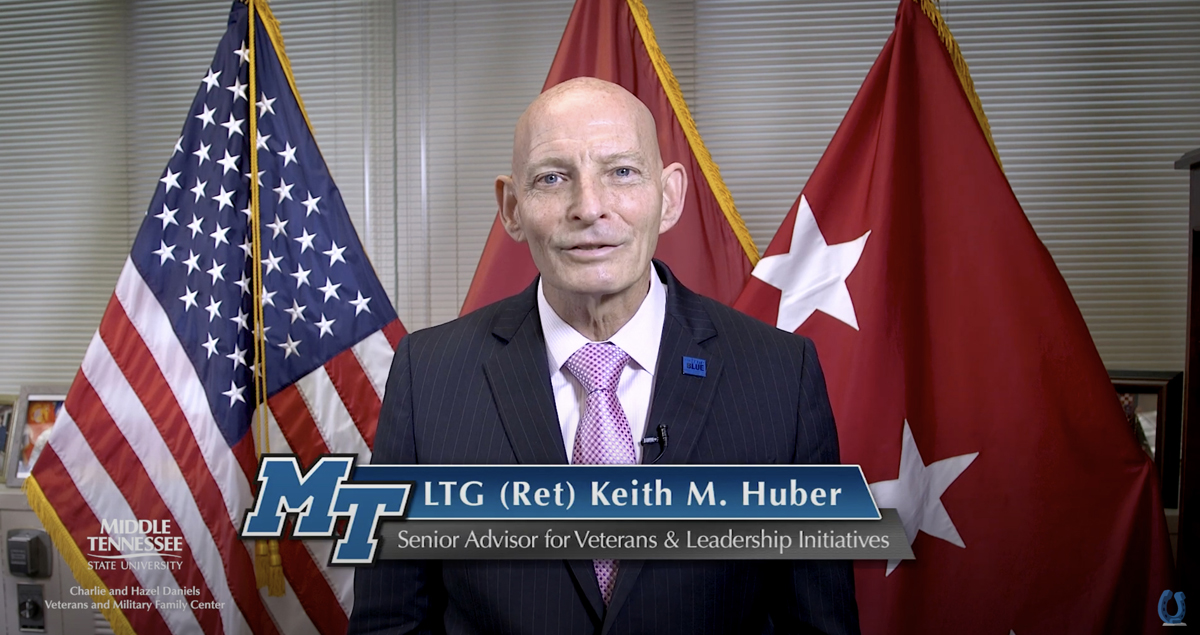 Keith M. Huber, MTSU’s senior adviser for veterans and leadership initiatives, shares about the growth of the Charlie and Hazel Daniels Veterans and Military Family Center and the impact the late Charlie Daniels and his Journey Home Project have had on the center. A special encore presentation of the third annual Veteran Impact Celebration will air at 7 p.m. Tuesday, Dec. 29. (MTSU screenshot)

In addition to Huber, other guest speakers will include Charlie Daniels Jr., impacted veterans, and former Secretary of Defense Jim Mattis.

Mattis is a retired U.S. Marine Corps four-star general who served as the 26th U.S. secretary of defense for the Trump administration from January 2017 through January 2019. During his 44 years in the military, he commanded forces in the Persian Gulf War, the War in Afghanistan and the Iraq War.

Country music entertainers Rodney Atkins and Rachel Lipsky are also featured in the program. Atkins, who has become a strong friend of the veterans center, had planned to organize and headline the first Songs for Service fundraising concert on Sept. 11 in Murphy Center, but the event featuring multiple musicians and groups was canceled because of the pandemic. 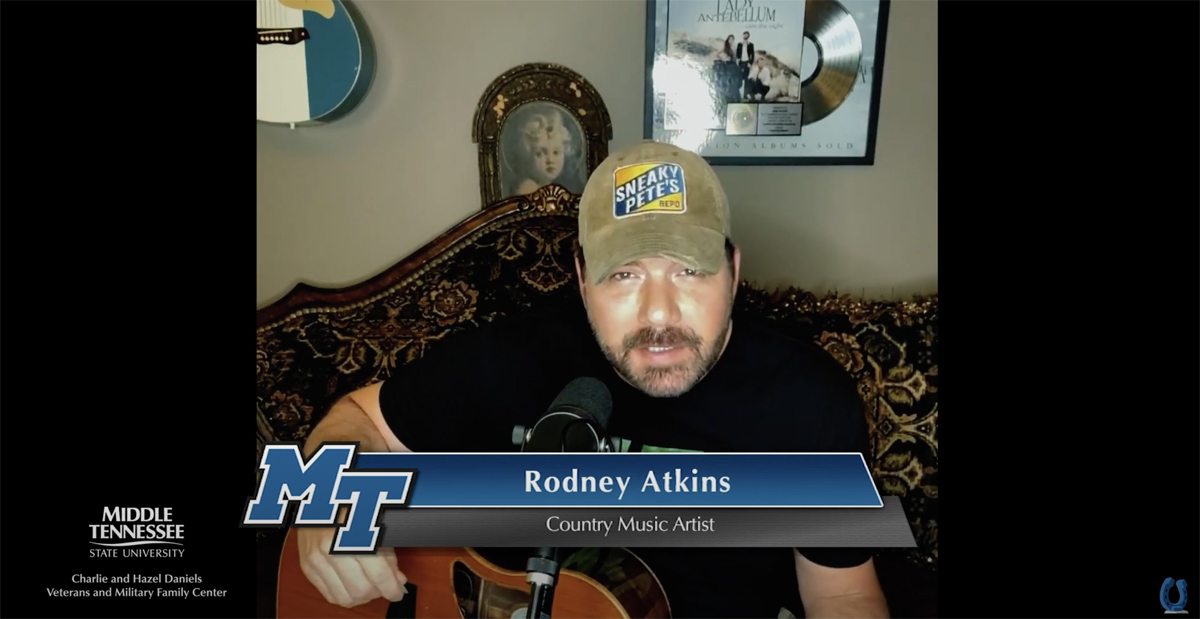 Huber urges anyone wanting to view the presentation “to invite your family and community” to view the rebroadcast, “to learn more about the center.”

This year’s title sponsors included Hiller Plumbing, Heating, Cooling and Electrical, Transition to Trades and Total Tech, as well as several supporting sponsors A complete list of sponsors can be found here.

The encore presentation will include details about The General’s Fund, an initiative started by the Nashville Predators to raise money for emergency needs of MTSU’s student veterans. To donate, text “Preds4MTVets” to 41444. 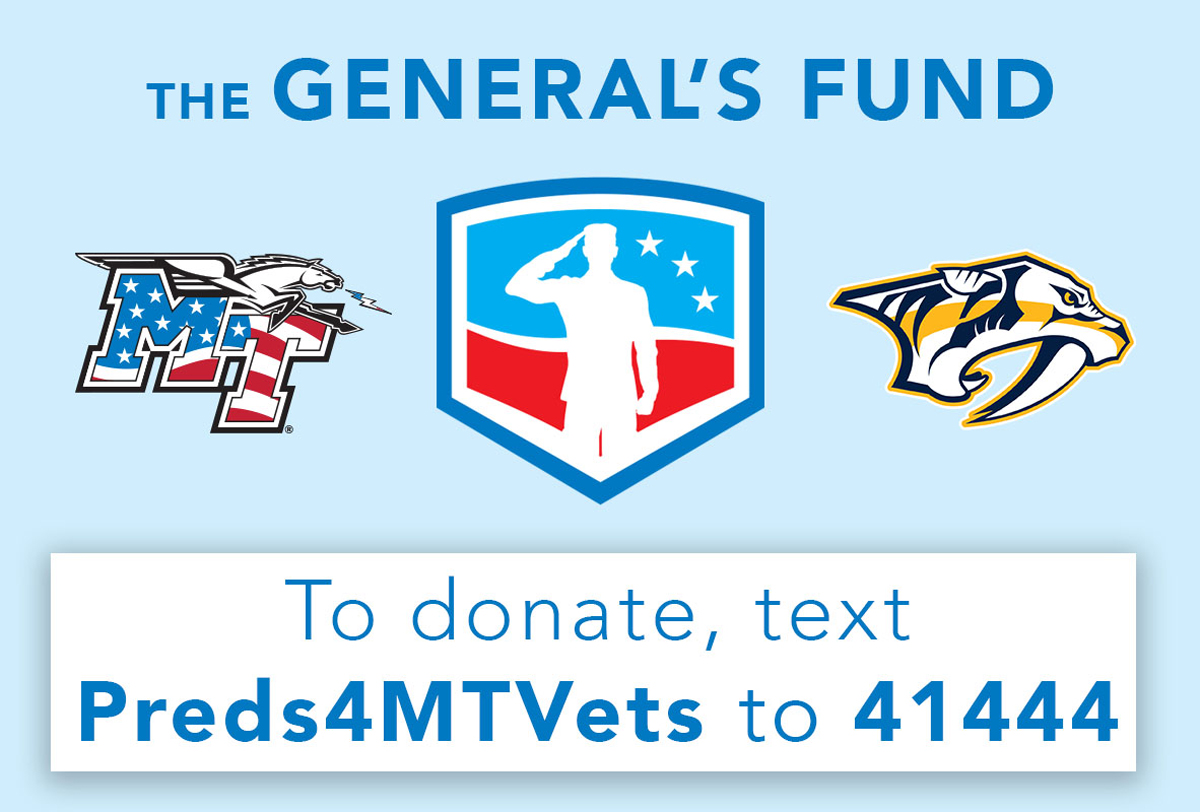 An avid supporter of military veterans and veterans initiatives, Daniels died July 6 at age 83. His Journey Home Project nonprofit foundation has donated $325,000 to the center renamed for the country music legend and his wife, Hazel, in 2016.

To learn more about the center, call 615-904-8347 or visit https://www.mtsu.edu/military/. It is located on the first and third floors of the Keathley University Center. 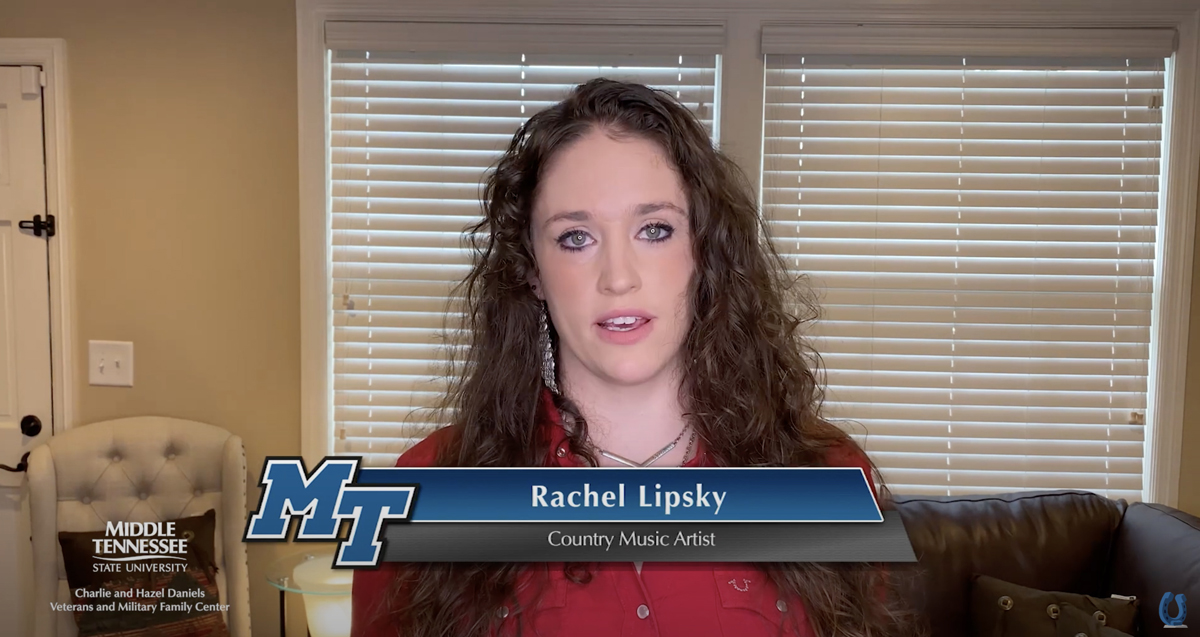