In the News: Dr. Larry Burriss.. 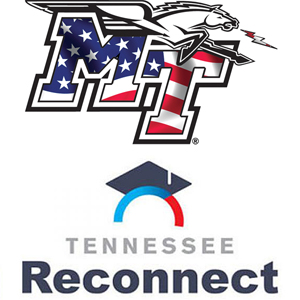 “From 2008 to 2013, we saw a 200 percent increase in the number of veterans enrolling in our Tennessee colleges and universities,” Haslam said in a release from his office.

“Our Veterans Education Task Force has been working to address the unique needs that our service men and women have when they come home and go back to school, and these competitive grants will help two-year and four-year schools develop initiatives specifically designed for veterans to be successful in earning a degree or certificate.”

MTSU continues to enhance services for its student veteran population of roughly 1,000 including family members.

The university recently announced details of the new Veterans and Military Family Center, which will create a virtual one-stop-shop to meet a variety of academic-related needs.

The 2,600-square-foot center will be located on the first floor of the Keathley University Center and is set to open later this fall. It nearly doubles existing space allotted for student veterans services and will address a number of needs, such as financial aid and academic advising. The university has committed $329,000 toward the project.

“These funds will enhance our efforts to better serve our student veterans, and we appreciate the state’s support,” said Dr. Hilary Miller, director of MTSU’s new military center.

“Our student veterans and their families deserve the best services available, and with the opening of our new Veterans and Military Family Center this fall, this grant will provide a timely boost as we develop new programs and services for this unique student population.”

Haslam included the grant in his fiscal year 2015-16 budget amendment, and the General Assembly approved $1 million for the Veteran Reconnect Grant, the release states.

Grant proposals were requested in May and applicants had a July 2 submission deadline. A committee of higher education and veterans service leaders reviewed the proposals.

Other Tennessee recipients of the Veteran Reconnect Grant include:

The Veteran Reconnect Grant is part of the governor’s Drive to 55 initiative aimed at increasing the number of Tennesseans with a certificate or degree beyond high school. By 2025, 55 percent of the jobs in Tennessee will require a post-secondary degree or credential. Currently, only 33 percent of Tennesseans qualify, according to figures from the governor’s office.

You can also watch this video about MTSU’s plans for its Veterans and Military Family Center.