‘MTSU On the Record’ pauses for ‘Prayer in American Public Life’ 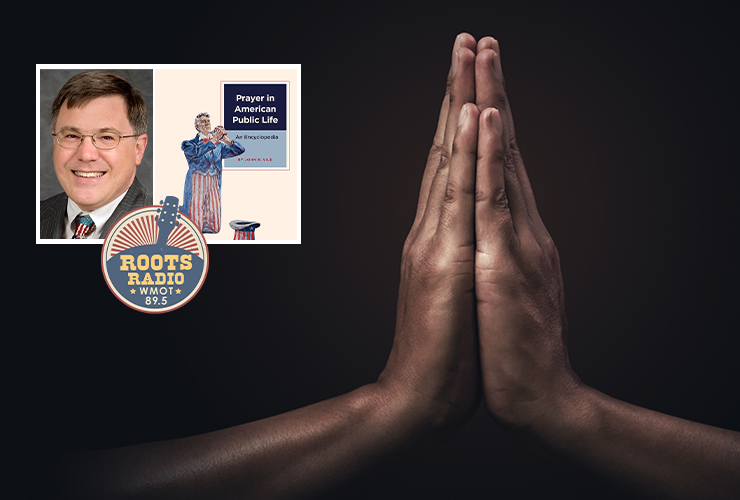 The role of prayer in a nation that prides itself on separation of church and state was the topic of a recent “MTSU On the Record” radio program.

You can listen to their conversation at the SoundCloud link below.

Vile, a prolific scholar who is also a layman pastor, is the author of “Prayer in American Public Life: An Encyclopedia.”

The reference work provides an alphabetical collection of essays on numerous subjects, including court cases, the National Prayer Breakfast, Thanksgiving, the Scopes trial and proposed Constitutional amendments for prayer in schools.

“We sort of have a bifurcated approach to religion, which is reflected in the First Amendment,” Vile said. “We prohibit an established religion. There’s no official church …

“At the same time, we recognize its free exercise. We have a government that does not attempt to further specific religions but is generally sympathetic to religious exercise.”