‘MTSU On the Record’ goes behind the scenes with o...

The “MTSU On the Record” radio program went behind the scenes of America’s beginnings with one of the signers of the Declaration of Independence, thanks to a nationally recognized expert on our nation’s founding documents. 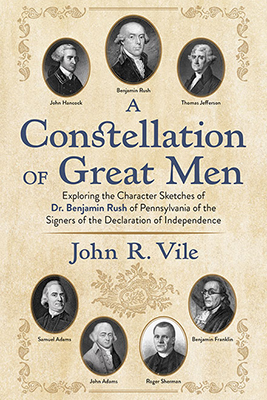 Host Gina Logue’s interview with Dr. John Vile, dean of the University Honors College and a prolific author of multiple books on America’s Founding Fathers and their work, first aired May 28 on WMOT-FM Roots Radio 89.5 and online at www.wmot.org. You can listen to their conversation above.

Rush, a physician from Pennsylvania, described the oratory, personalities, assets and shortcomings of all the signers, including such legendary figures as Benjamin Franklin, Thomas Jefferson and John Adams.

Vile said that while Rush believed his own contributions to the Declaration were largely overshadowed by others’ accomplishments, his observations of his colleagues are remarkably accurate and uncolored by pettiness or spite. 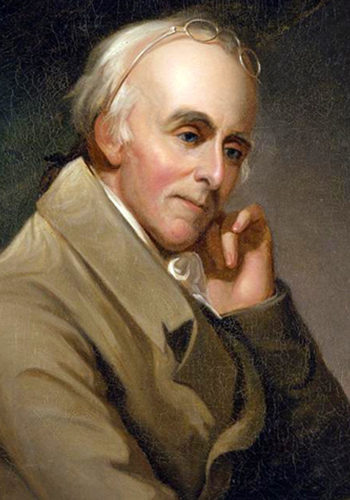 Dr. Benjamin Rush, shown in this 1818 oil painting by Charles Willson Peale, was a signer of the Declaration of Independence and wrote character sketches of his 18th-century colleagues that are the focus of a new book by MTSU Honors College Dean John R. Vile.

“The fact that he can be friends both with Jefferson and Adams when they are at loggerheads suggests that he had a pretty easygoing personality,” Vile said.

Of himself, Rush was succinct, writing only, “He aimed well.”

You can read the full text of the Declaration of Independence here at the USHistory.org website.

The month before, he published “The American Flag: An Encyclopedia of the Stars and Stripes in U.S. History, Culture and Law,” the first encyclopedia dedicated solely to the American flag.

The constitutional law expert and political science professor has ventured into first-person stories of the framers of the Constitution, too.

The 2015 book he edited, “The Wisest Council in the World: Restoring the Character Sketches by William Pierce of Georgia of the Delegates to the Constitutional Convention of 1787,” presented more observations of the Founding Fathers by a fellow delegate.