For the second time, MTSU’s Charlie and Hazel Daniels Veterans and Military Family Center will hold a virtual Graduating Veterans Stole Ceremony because of the coronavirus pandemic.

The virtual ceremony will begin at 8:30 a.m. Wednesday, Aug. 5, and can viewed on Facebook Live on the MTSU and Veterans Center pages. 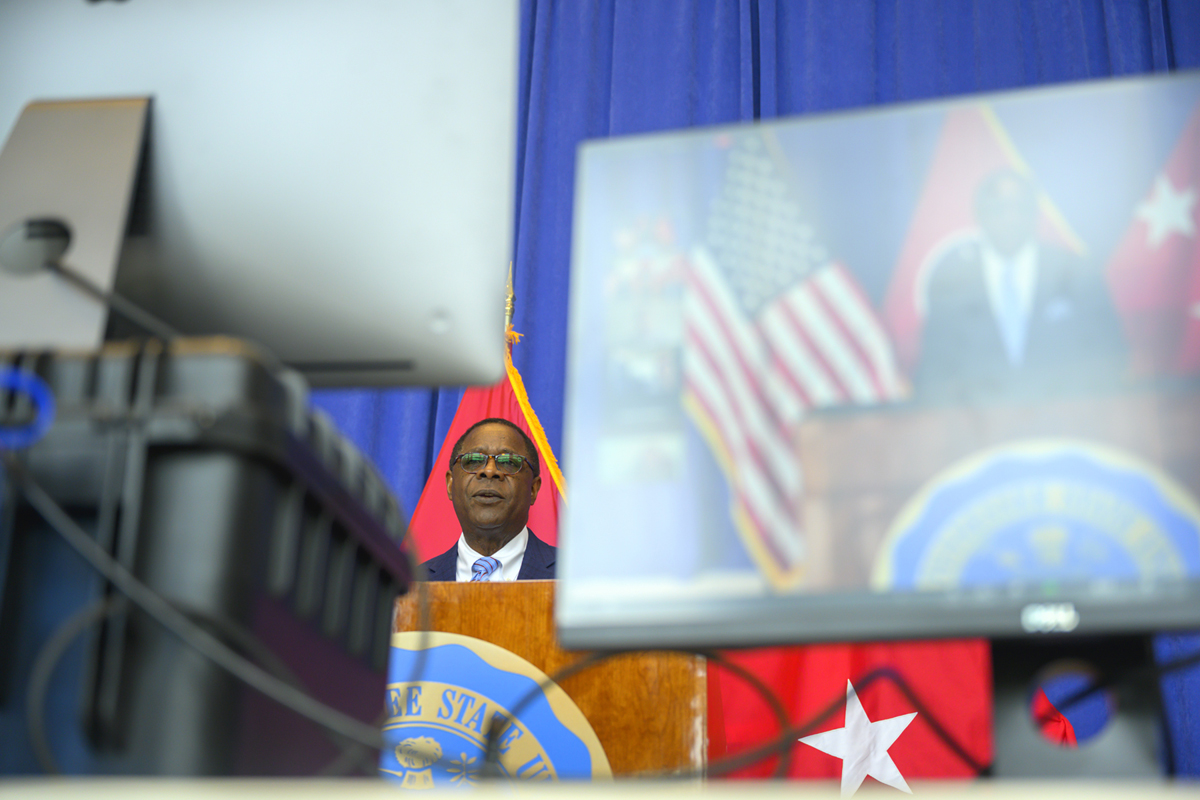 Nearly 35 student veterans will be graduating from MTSU Saturday, Aug. 8, in a livestreamed Summer Commencement ceremony.

Three times a year, the stole ceremony features the presentation of special red stoles to attending graduating veterans that they wear at their commencement ceremony in the days that follow. The students will receive their stoles by mail just after the stole ceremony.

“While I had hoped last spring’s Stole Ceremony would be unique — a one-time only event — I am proud MTSU is offering this format again,” said Hilary Miller, director of the Charlie and Hazel Daniels Veterans and Military Family Center. “Our graduates have worked hard, under difficult circumstances, and we are excited to celebrate their success.”

The stole ceremony has taken on great importance to the veterans, Miller said, as it is a way for them to have their graduation moment. Each of them will have a speaking role in the virtual ceremony, which is different than in-person events.

She added that the special recognition is important for the family members wanting to see their graduates honored for their academic accomplishments.

In April for the first virtual ceremony, Miller said she was “thankful for our partners and community members who joined us to support the graduates. It would have been easy for them to opt out of a Zoom ceremony, but they showed up! Thank you.”

David Corlew, longtime manager for the late Charlie Daniels and co-founder with him of The Journey Home Project, plans to be a part of the virtual program. Daniels died July 6.