“The Christmas Star” of 2020, also known as “The Great Winter-Solstice Conjunction of Jupiter and Saturn,” will occur in the western horizon just after nightfall on Monday, Dec. 21.

To commemorate the event, the MTSU Astronomy Club will hold a live telescope streaming from 5:15 to 6:15 p.m. It will be available on the club’s YouTube Channel: https://www.youtube.com/channel/UCNGzLpXk4c18pvd8Yj26Seg.

Skies are expected to be clear for this rare astronomical event. By 7 p.m. or shortly thereafter, the planets will have dropped below the horizon and no longer in plain view. 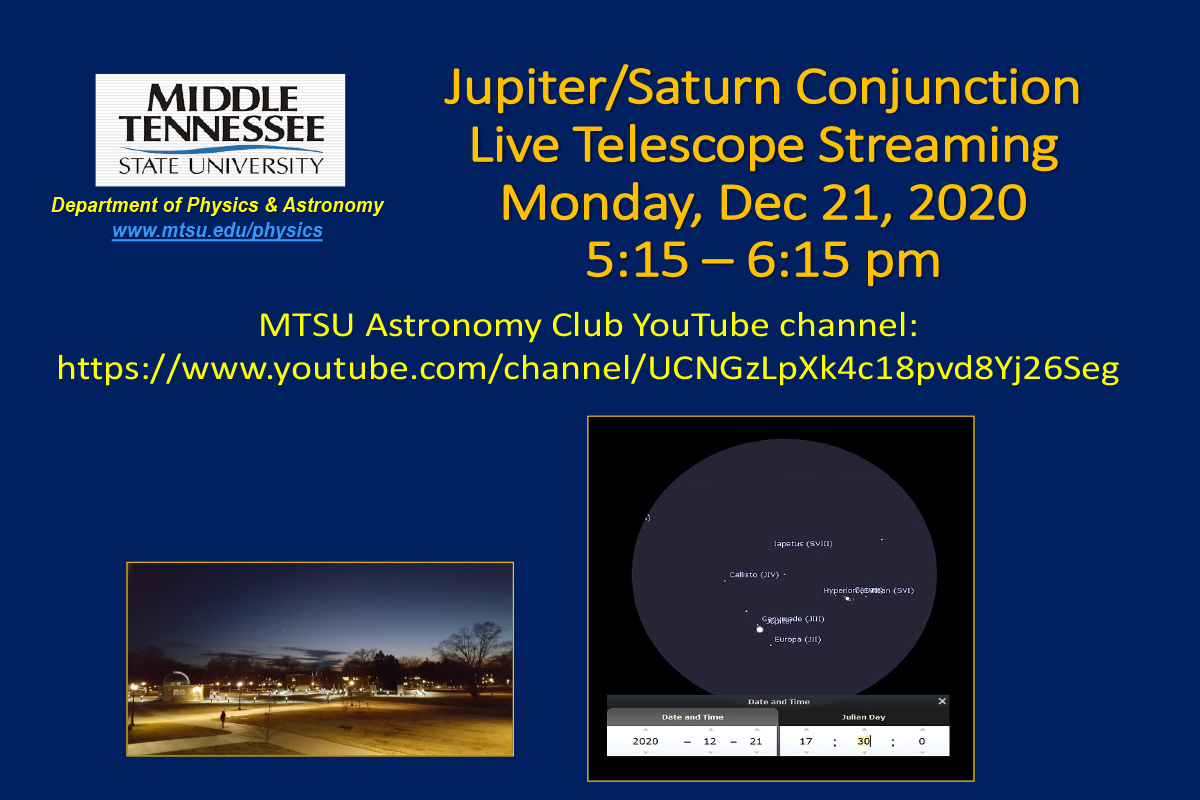 Earlier this month, Department of Physics and Astronomy professor Chuck Higgins concluded the MTSU Star Party schedule for the semester with a virtual presentation.

Higgins shared about “The Great Winter-Solstice Conjunction of Jupiter and Saturn.”

The event was held virtually because of COVID-19 safety precautions.

The free MTSU Star Parties are an opportunity for physics and astronomy faculty members to share with the public and MTSU students, faculty, staff and children interesting observations from the universe.

Higgins explained why the planet alignments happen, and why this one is so rare.

“You may have noticed Jupiter and Saturn in the western sky after sunset,” Higgins said of the presentation. “A careful eye would notice that they have been getting closer together over the last few months.”

On Dec. 21, Jupiter and Saturn will be closest to each other in the sky, an event called a conjunction, Higgins added.

“Normally, these happen about every 20 years between Jupiter and Saturn, but this time it is an exceptionally rare alignment,” Higgins said. “Jupiter and Saturn will have their closest alignment in nearly 800 years, so closely aligned in the sky that they will be visible in the same eyepiece of a telescope.”

To learn more about Physics and Astronomy, which is one of 11 College of Basic and Applied Sciences departments, call 615-898-2430. 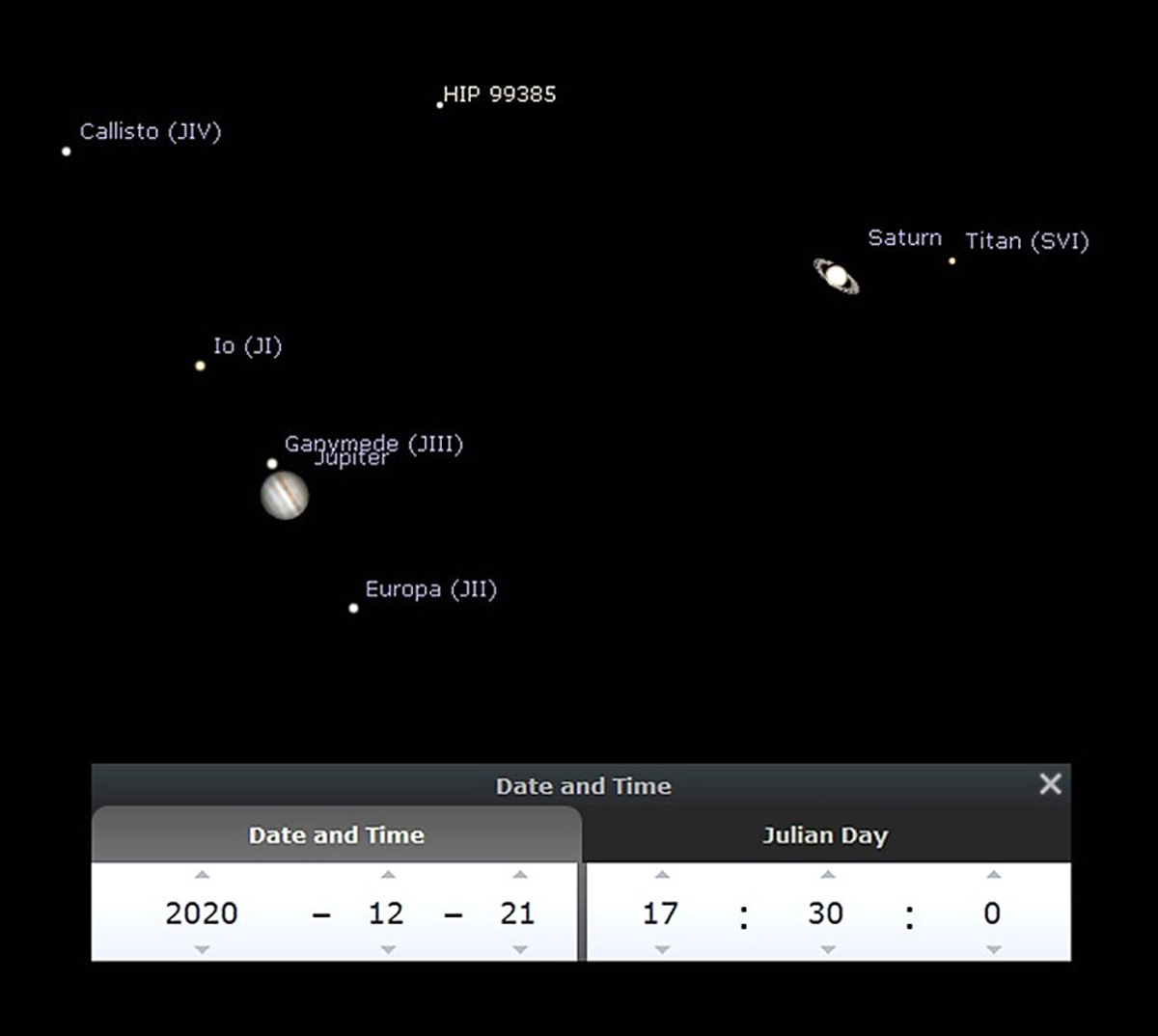 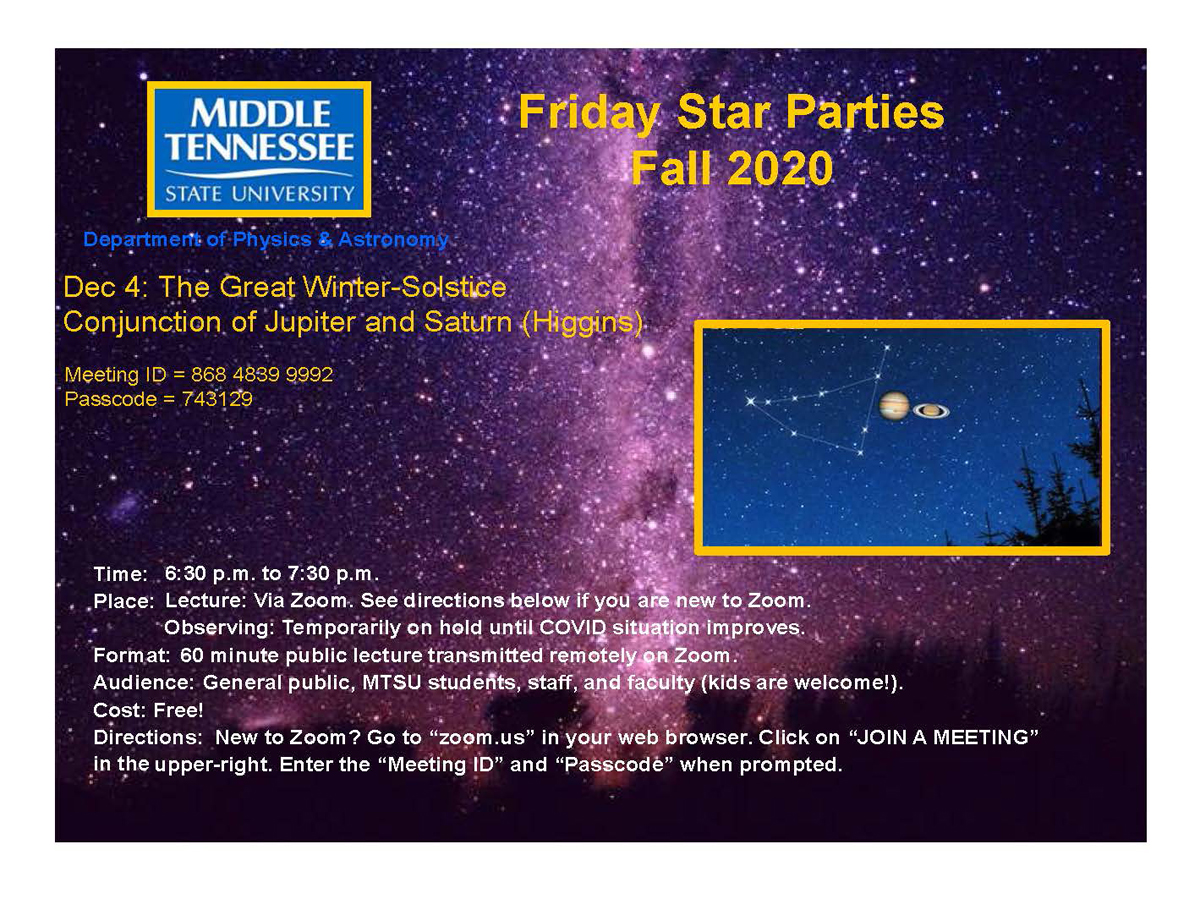